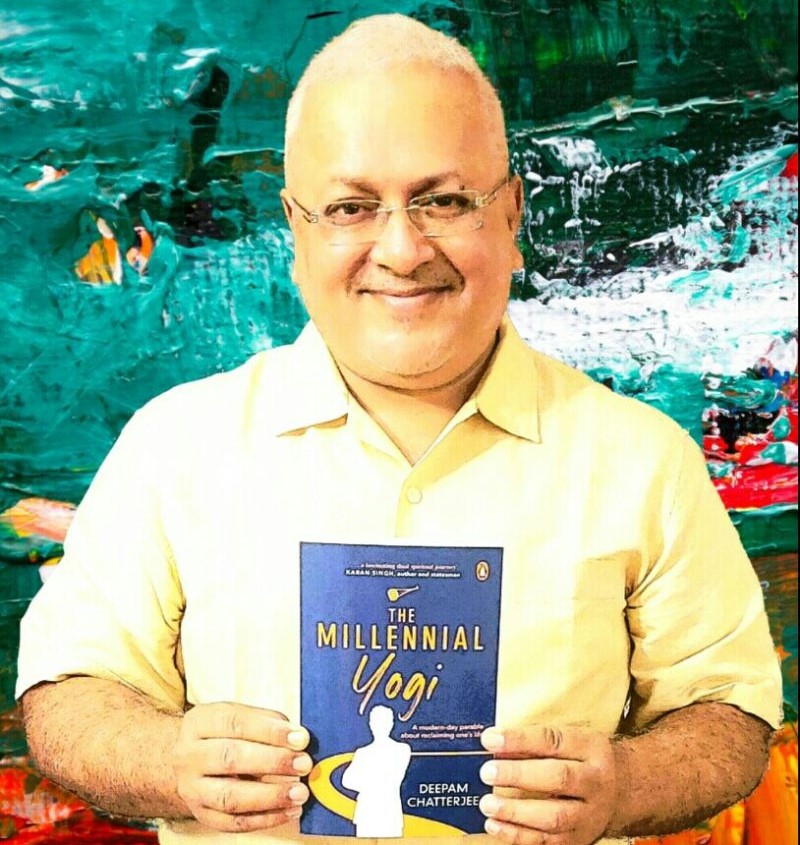 Vini returned to india in a week. Day was just breaking when his taxi came to a halt on the dirt road, which snaked into the rundown locality that had been his home for the last couple of years. Quite a few children were already up and about, skipping as they went towards the bus stop behind the swanky mall that had come up on land that had once belonged to their forefathers.

Vini got out of the vehicle. He had his trolley in one hand and his ektara in the other, packed in a bag. He thanked the taxi driver, who waved as the car began its bumpy ride back to the main road, a few hundred metres away. Vini watched the children as they raced behind the car, chattering and giggling. A couple of startled dogs began barking and joined the race; they had grown up with the kids. ‘How carefree those days of innocence were!’ Vini thought to himself. With a wistful smile, he turned and began walking towards his room, in one of the bylanes above a clothes shop.

‘Namaste, namaste!’ Vini plonked himself on a vacant charpoy. He took a glass of steaming hot tea from his friend and took a long sip. ‘Ahh! That’s just what i needed! Haven’t had adrakh wali chai for a week! You don’t know how terrible it is to have tea bags and boiled water!’

One of the men pointed at his ektara bag and asked him, ‘Where did you go this time?’ The men would wait for Vini to get back from his foreign trips. They wanted to be the first to know of his adventures and listened to him with rapt attention. Often, younger people joined them and sat huddled around the rickety charpoys, wrapped in frayed blankets on cold, wintry mornings.

Vini would often break into song spontaneously as he shared the stories. And that day was no different.

Vini told them about Prague. He talked of the ancient city as if it were a magical, faraway land. He told them of the enchanting astronomical clock face, and the otherworldly feeling one got standing on the famous Charles Bridge. The old men listened, fascinated. He then told them of the great crusades that had been fought in that land, and they held their breath, wide-eyed. Eventually, Vini broke the spell. He pulled out his phone and began showing them pictures of the concert and the places he had just described.

Nearly an hour had gone by without anyone noticing. The sun had risen, and soon, the place would begin to get crowded. One of the men asked Vini to sing something for them before he went to his room. Vini nodded, tenderly took his ektara out of its cover and sang a song by the maverick poet Meeraji.

‘Many cities the wanderer roamed

and forgot his way back home.

What is yours, what is mine,

he forgot who is friend or foe.

Caught in a vicious cycle of memories,

his heart was mercilessly hurt.

Joy resides in sadness, and grief hides in pleasure,

he forgot this profound secret . . .’

‘Vini bhai, you must tell our youngsters about your travels. You are really lucky. We will never get a chance to go to those foreign lands,’ one of the friends said with a sigh.

‘Yes, Vini, you have so many stories to tell. Your own life must be so fascinating. You hardly talk about yourself.’

‘There’s nothing much to share, brothers. You all know everything about me. This man in front of you is an open book.’ Vini laughed.

‘No. you must tell us more about your life. You are a mysterious man, bhai,’ one of the men insisted.

Vini became quiet. He hardly spoke about his past to anyone. But he never hid anything when he was questioned directly. People tend to probe into things that are denied to them. If you avoid talking about something, they want to know the reason and eventually, the truth, however uninteresting, does come out.

‘Okay, my friends. But it’s a long story. So let’s sit in the evening. Right now, I need to have a wash and rest a bit,’ said Vini.

‘Oh, yes, yes! So sorry! We forgot that you’ve just returned from a long journey. Let’s meet for chai in the evening,’ the man said.

Vini agreed and began walking towards his room.

Excerpted with permission from The Millennial Yogi, Deepam Chatterjee, Penguin India. Read more about the book here and buy it here.

Shreya Sen-Handley’s travels around the globe with her family are chronicled in this blithe and zippy travelogue
“Dangerous Pursuits”: Suniti Namjoshi’s new book ruminatively explores the theme of a world in turmoil
Comment