They had dropped anchor and Ursa had been almost afraid to look to land. The fortress was built of grey stone, visible from the sea, as high-walled and forbidding as a prison, which Captain Leifsson told them it oftentimes served as. Further along the coast were nooked a collection of houses at irregular intervals. Without trees the land seemed flat and featureless as a blank page.

As they had rowed ashore in that terrible wind, Ursa had wanted to cry. Captain Leifsson was sitting beside her and she trained her eyes on his knees as the wind slapped their cheeks.

Absalom was coiled as a spring, though lately he had been almost kind, albeit not in ways that others would notice. He had started calling her Ursula instead of ‘wife’, asking how she was feeling in Norwegian, small gestures at effort, perhaps even affection. Since the night she was unwell he hadn’t touched her, and as they approached Vardø, he requested that she change into her yellow dress, placed his hand beside hers on the guard rail and moved it so close she could feel the dark heat and bristles of his hands through her thin gloves.
The women who helped her at the dock were snow-burnt and smelly. The larger woman, who introduced herself as Kirsten, had been brash and brusque. The other, similar in age to Ursa, bundled her into a reeking coat. This young woman looked haunted, her grey-blue eyes the same shade as the sea, her cheeks hollowed. But Ursa had come to feel grateful for the loan of the coat when they were shown to their house.
House. Now, the word burns in Ursa’s stomach as she watches her husband pace the short length of the room where they must sleep, eat and otherwise exist – she isn’t sure a life spent here is worthy of the label of living. She had thought their circumstances in Bergen were grave since Mother’s death, with only one servant and rooms kept closed, but this is another thing entirely.

It has only four high, small windows that she can barely see through. The bed is large and takes up a full side of the room – above it are beams and long loops of rope from which hang rough curtains to portion it from view. The fire takes up another side, two pans and a large pot arranged on the drift-wood shelf. There are no rugs on the floor, only unnailed boards suspended over dirt. The ground beneath sends up a fierce cold though Kirsten, who showed Captain Leifsson and Ursa to the house, said that they have arrived into summer.

There is a second door at the back corner of the room. When Kirsten opened it, Ursa could have been sick. Great headless carcasses hang there, split from neck to belly and restitched.
‘Enough there to last to winter,’ Kirsten had said, before setting a light to the heaped moss in the grate. Captain Leifsson set Ursa’s chest down in one corner. He couldn’t meet Ursa’s eye.
‘Mistress Cornet, it has been a pleasure.’
He gave her a formal little bow and she wanted to throw her arms about him, cling to him. He held out a black pouch and she loosened its string tie.
‘More aniseed,’ he said. ‘I know you like it.’

She didn’t trust herself to speak, even without Absalom there, and gave him a nod of thanks. She wondered briefly if he would tell her to come with him, if he could take her back to Bergen. But he walked out with Kirsten, leaving her to this room with its small windows through which she watched his retreating back. He didn’t turn. Within the hour the ship weighed anchor and was gone into the rain-smothered horizon. She sat heavily on the hard bench beside the table, folded her hands in her lap, and waited for Absalom to come.

Without a sunset Ursa feels untethered. She cannot think how long she sat there that first day before Absalom arrived to find her still on the bench, the room barely warmed by the low glow given out by a nearly spent fire. He didn’t scold her, only heaped it again and said, ‘Are you hungry?’
She shuddered no, thinking of the slaughtered beasts next door. He nodded tautly, looked about the room. ‘Not like you’re used to.’ There was something close to an apology in his voice.
She was fearful he would be angry at her disappointment, but instead he sat across from her at the broad table, and took out a letter.
‘I had thought myself made,’ he said, and not entirely to himself. She waited. ‘I went to Vardøhus. The Lensmann isn’t yet at seat there. There was hardly anyone there at all. I spoke with an old man serving as a guard. They do not know if he will even come, may keep his base elsewhere.’ His fist clenched upon the table. ‘He mentioned none of this in his letters.’
Absalom looked up so suddenly Ursa flinched, but his face was closed off and sorrowful, and she could almost bring herself to reach across the table to him.
‘I grew up in a house like this,’ he said. ‘On an island not much bigger than Vardø. I got out as soon as I could, went to the city. There I made something of myself.’ His fist hits the table. ‘But here I am back again.’
Ursa didn’t know where the words came from, but she said, ‘You may make something more, here.’

Absalom’s expression changed, as if a light were lit beneath his skin. He looked at her, seeming to see her for the first time. And then he stretched his long arm across the table, and took her hand.

They sat together, rain falling heavy on the roof. It must have been past midnight when he called her to bed, though the grey light outside was of a perpetual dusk. He was gentler than ever before, but still she couldn’t ignore the rigid frame of the bed beneath her, the rain coming hard against the walls, and so sent her mind far away. 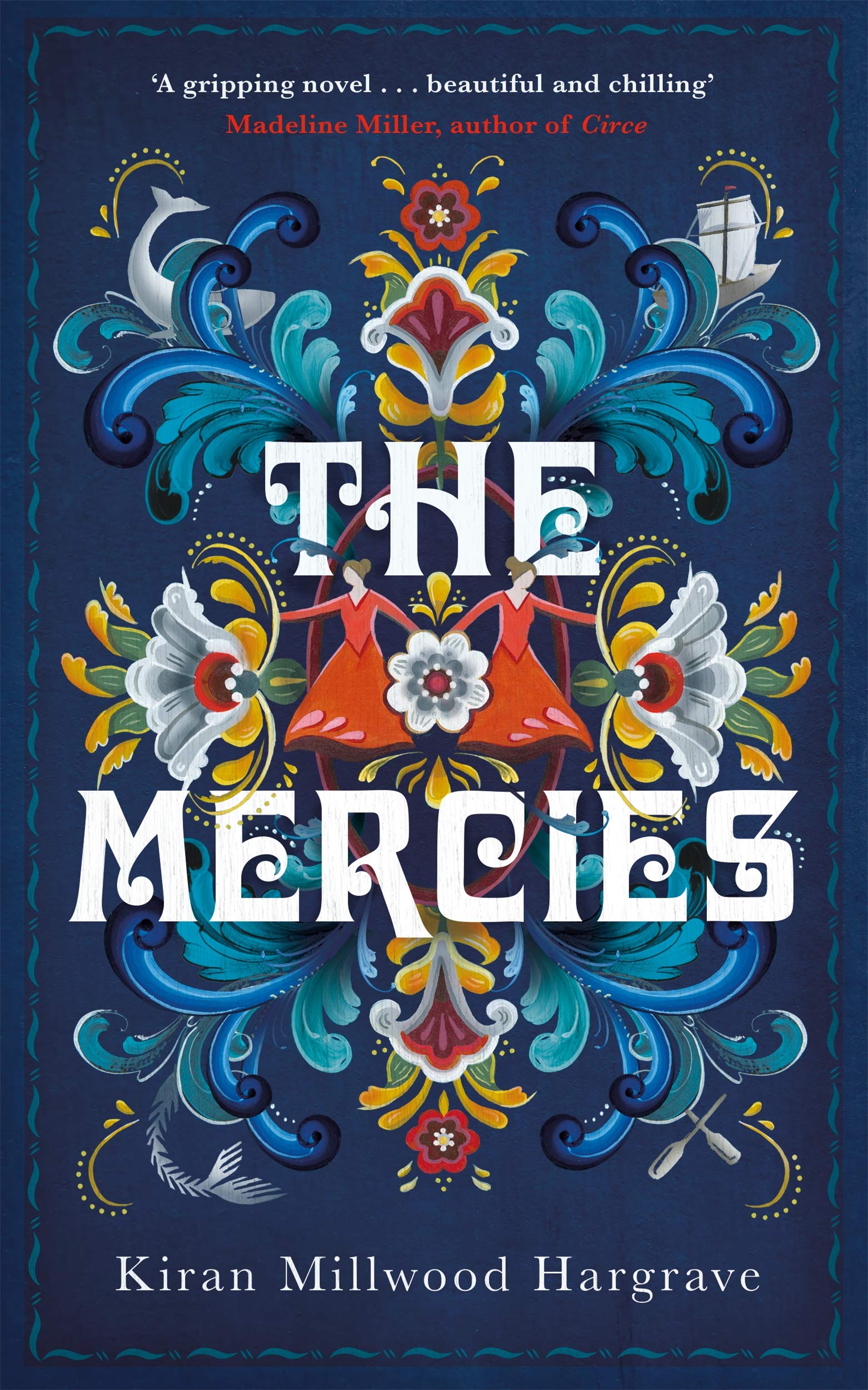 Excerpted with permission from The Mercies, Kiran Millwood Hargrave, Pan Macmillan. Read more about the book here and buy it here.