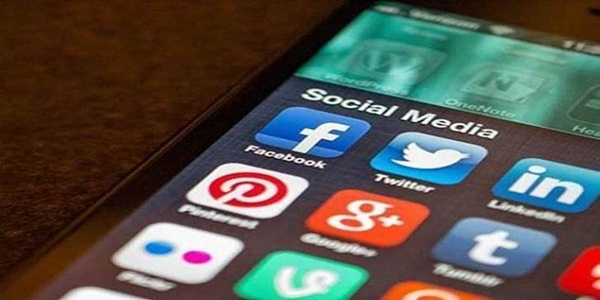 The Information Technology (Intermediary Guidelines and Digital Media Ethics Code) Rules 2021 were released by the Ministry of Electronics and Information Technology (MeitY) in February. Social Media intermediaries were given a three-month period to comply with the new rules.1 The government on May 26 issued fresh notice to all social media intermediaries seeking details on the status of compliance with the new rules that came into effect on that day.

Companies like Google, Facebook, WhatsApp, Telegram, Koo, Sharechat, and LinkedIn have shared details with MeitY as per the requirement of the new norms. Twitter sought an extension of the compliance window and called for a constructive dialogue and a collaborative approach from the government to safeguard freedom of expression of the public. WhatsApp also filed a case in the Delhi High Court against the government on grounds that the new rules violated customer privacy. The new Intermediary Guidelines and Digital Media Ethics Code have also been challenged by entities like The Wire, LiveLaw and The Quint.

The IT Rules 2021 aim to empower ordinary users of social media platforms and OTT platforms with a mechanism for redressal and timely resolution of their grievance with the help of a Grievance Redressal Officer (GRO) who should be a resident in India. Special emphasis has been given on the protection of women and children from sexual offences, fake news and other misuse of the social media.

Identification of the “first originator of the information” would be required in case of an offence related to sovereignty and integrity of India.  A Chief Compliance Officer, a resident of India, also needs to be appointed and that person shall be responsible for ensuring compliance with the Act and Rules. A monthly compliance report mentioning the details of complaints received and action taken on the complaints would be necessary.

The OTT platforms, online news and digital media entities, on the other hand, would need to follow a Code of Ethics. OTT platforms would be called as ‘publishers of online curated content’ under the new rules. They would have to self-classify the content into five categories based on age and use parental locks for age above 13 or higher. They also need to include age verification mechanisms for content classified as ‘Adult’.

A three-level grievance redressal mechanism has been mandated. This includes the appointment of a GRO, self-regulatory bodies registered with the Ministry of Information & Broadcasting (MIB) to look after the Code of Ethics and a Charter for the self-regulating bodies formulated by MIB.

While the new rules were challenged by many on grounds of violation of free speech, the government has clarified that these rules permit social media platforms to operate in India freely but with due accordance to the law. Every entity has to abide by the Constitution of the country and the Rule of Law. Also, as per Article 19 of the Constitution, freedom of speech and expression is not absolute and is subject to reasonable restrictions, especially in case of a threat to national sovereignty and security.

The rules come at a time when the country is constantly striving to ensure the safety and sovereignty of the cyberspace and of personal data. Social media is increasingly becoming an important part of an individual’s life. WhatsApp currently has a user base of 340 million in the country, accounting for the largest number of subscribers in the world.2 Facebook has 290 million, Twitter 17 million, YouTube 265 million and Instagram, 120 million user base.

With such a huge population dependent on social media platforms, the tech-giants cannot choose to ignore the new and emerging challenges like persistent spread of fake news, rampant abuse of the platforms to share morphed images of women, deep fakes and other contents that threaten the dignity of women and pose a threat to security.

Instances of use of abusive language, defamatory contents and hate speech in these platforms have become very common. The algorithms used by these platforms to optimize views and advertisements often fail to distinguish between relevant or useful content and abusive content and fake news, thereby amplifying them in very little or no time.

In view of such emerging challenges, the Supreme Court in 2018, in the Tehseen S. Poonawalla v/s Union of India case, directed the government to curb and stop dissemination of explosive messages and videos on various social media platforms which have a tendency to incite mob violence and lynching of any kind.3 The Court in 2017 observed that the government may frame necessary guidelines to eliminate child pornography, rape and gang rape imageries, videos and sites in content hosting platforms and other applications.4

The new rules are thus in accordance with the previous Supreme Court observations. As per the rules, intermediaries are mandated to remove or disable contents that are against the safety and dignity of individuals within 24 hours of receiving of complaints. Such complaints can be filed either by the individual or a person on his/her behalf. According to the government, knowing the “first originator of information” (also known as “traceability”) of messages that cause violence, riots, terrorism, rape or threat to national security fall under reasonable exceptions to Right to Privacy – which again is not absolute as per the Constitution.5

Technological Hurdles with Respect to Traceability

Social media companies like WhatsApp have expressed apprehensions about the provisions in the new rules which require them to identify traceability when required to do so by authorities. They contend that this could possibly lead to the breaking the of end-to-end encryption, which in turn can compromise users’ privacy.6

The government, on the other hand, has stated that traceability would only be required in case of “very serious offences” that threaten the sovereignty and integrity of India. Further, it could also be implemented without breaking the end-to-end encryption. The onus, however, will lie on the companies to find a technological solution for the same.

Supplying metadata like phone number of the sender, the time of sending a message, the device it was sent from and its location, could also trace the origin of a message. Interestingly, WhatsApp’s new privacy policy itself has a provision of sharing metadata of its users with its parent company, Facebook, for personalised ads.7 As per latest reports, the Union government has sent a notice to WhatsApp for withdrawal of its new privacy policy which has caused a lot of controversy since its inception.8

The social media giant, Twitter, has raised concerns regarding free speech over the new IT guidelines. It stated that it would strive to comply with the law but if guided by principles of transparency and freedom of expression under the rule of law. The Delhi High Court on May 31 issued a notice to the microblogging site on a plea filed against it for alleged non-compliance with the new IT rules.

Failure to comply with the rules could lead to the removal of ‘intermediary’ status (a safe harbour to avoid liability for the content that their users publish) of the companies and could possibly invite sanction or even punishment under the law. The government insists that the rules are neither arbitrary nor sudden, since the draft rules were put up for public comments and several individuals, industrial associations and organizations had responded. The comments were then analysed in detail and an inter-ministerial meeting was also held before finalising them.

Freedom of speech and expression is the basic tenet of any democracy. However, no freedom is absolute or completely unrestricted. The imperative of striking the right balance between fundamental rights and ascertaining the reasonableness of a restriction has been a constant effort since the adoption of the Constitution. The debate has now reached the digital world. The on-going tussle between private, tech giants who own a substantial amount of Big Data, governments desirous of imposing reasonable restrictions and users worried about issues relating to data privacy and constraints on freedom of speech and expression, is likely to get more complicated before optimum solutions can be arrived at. The IT Rules 2021 seek to address concerns of the citizens without infringing on their privacy and personal liberties, while maintaining digital sovereignty at the same time.

The author is Project Assistant at Manohar Parrikar Institute for Defence Studies and Analyses. The article first appeared on IDSA website.