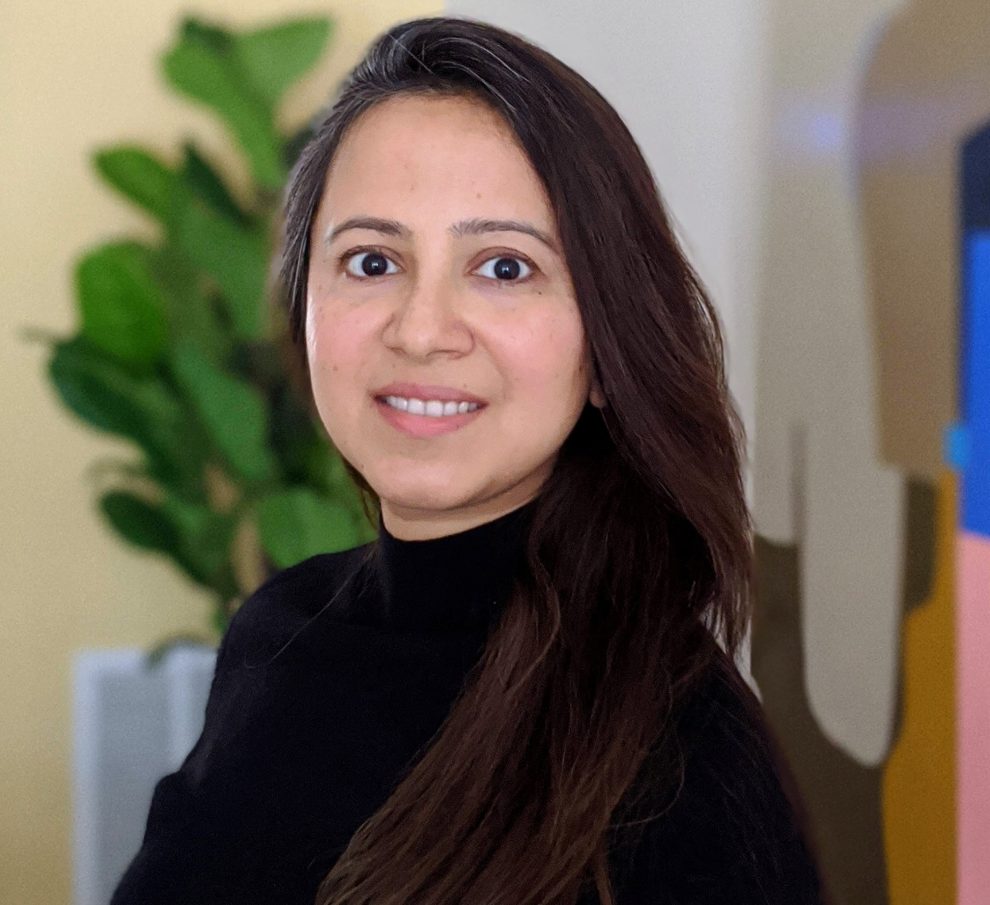 Editor’s Note: The following excerpt has been excerpted from the story ‘The Outing’ from the book.

You get off the rickshaw at the banyan tree outside thepost office. From here you plan to find Sister Celina’s house on foot. You’ve applied Band-Aids to the back of your feet where the ballerinas bite. You wear a cream blouse and checked green skirt, your hair in a small ponytail the size of a shaving brush.

You walk past the tiny watch repair shop, the chow mein stall and its sizzling wok. You sidestep a pile of dung. A puppy nibbles at cabbage leaves under a vegetable cart. Women with powdered necks and fresh lipstick haggle over the prices of brinjals and shiny tomatoes. The sounds of Super Mario Bros. – a ding, the mushroom popping – seep out from the grimy curtain of the videogame parlour. Children surround the Kwality ice cream cart that’s lit fluorescent green. In the mornings and afternoons when the school bus rolls through, the market is sleepy, but now it’s overcome with a busyness that you find intoxicating. You live in an industrial area not far from here, next to the steel factory your family owns. No ice cream carts pass outside your house, no popcorn, no golgappawalas, only lumbering trucks, weary labourers. You spend your evenings playing table tennis against the veranda wall, or embroidering with grandmother whom you like and dislike in turns, and after the factory closes for the day, you sit on the swing that the watchman’s son has slung from the neem tree. When the watchman’s son sees you, he withdraws to his shack. The watchman allows him outside the factory precincts to fetch tea, to simply cycle, and who knows, maybe he comes as far as the market. You had to make your outing today sound official in order to wheedle permission out of your father, who can be very strict depending on his mood. A man is peeing against the low boundary wall of the cinema. You avert your eyes and quicken your step. Sister Celina’s house lies somewhere beyond the market.

Celina was your senior – when you were in the second grade, she was in the tenth. You remember a cold morning when the bus broke down and the girls marched schoolward, she held your hand on one side and another little girl’s on the other. Last summer, Sister Catherine introduced her at the afternoon assembly as the ex-student who had returned to the school as a nun. Standing on the lawns, you were startled to see her in the white habit and veil, the cross in a plain black thread resting on her chest. You felt a twinge of sadness. Sister Celina became your chemistry instructor. She paced as she taught, palms clasped, the rope-like veins on the back of her hands evincing an inner strength. She was not an engaging teacher, but she was not stern, and if a girl forgot to bring her textbook, she lent her her own. The textbook was unmarked, she didn’t even note her name on the cover, and it made you think how on Sports Day she would board the bus in the afternoon with her medals strung through satin ribbons of red, yellow, aquamarine still around her neck. You wonder often if she had any inkling back then that she would one day become a nun. After the Christmas break, Mrs Nair once again took charge of the chemistry lessons. Sister Celina was no longer seen in the staffroom, and not even in the teal van that ferried the nuns to and from the convent. It was heard that she had undergone gallbladder surgery and was recuperating. But as two months slipped by, there were whispers she had run away with a priest and got pregnant. It was the usual slander about nuns; everyone discussed it, though few trusted it to be true. On the way to a debate competition, the team learned from Mrs Bakshi that actually Sister Celina had an argument with Sister Catherine and was overnight transferred to Paharganj to work with the city’s orphans. Mrs Bakshi is jealous of anyone who has the principal’s affections. Her transfer theory remains uncorroborated. These days it is being passed about that Sister Celina joined the order after a heartbreak, and having recovered, has returned to her old life. She works at a pathology lab in Moti Nagar, it is said, and has been seen in short skirts and heels. You find yourself thinking about her when you work in the chemistry lab; while you stand in the doorway that connects the house with the factory, watching the sky grow pale and the labourers trickle out through the rust-coloured gate; as you clean your teeth with a neem twig before bed. You’re perplexed by the turns her life has taken. Like everyone, you’re curious about her disappearance, but your parents would be proud of how you’ve kept away from gossip.

You pass Kavya Tailors – seeing your name on the signboard always pleases you. The market peters out. A woman waters the twin plants on her gatepost. Boys squat in the dirt, shooting marbles. The rickshawala who brought you here passes by on the other side of the road, spokes sounding tinnily. You glance back: the factories puffing smoke in the distance, tall dark chimneys against the mango sky, look gloomy.

There’s nothing remarkable about the lane to your left, but its trees with the cables nestling in the tops and the yellow and pink apartments that give it an overall salmon hue seem to fit with your memory. You turn down it. In the lane, a pair of girls play badminton, and you think of asking them if the Thomases live somewhere here, but two boys lean against a scooter watching the girls, and you feel shy. You are shy of boys – they make you stutter. You walk on, observing the apartments. The drains give off a salty smell that’s not wholly unpleasant. Some mornings when Celina was late for the bus, you saw her dash out of her lane, fast as P.T. Usha, while her father hurried after her with her lunchbox. How ordinary that moment was, how beguiling, you think now, Sister Celina was just a girl late for school. You sigh. You rub the back of your right foot where the ballerina is digging in just above the Band-Aid.

Railway Apartments – four storeys high, an exposed cement staircase that looks like vertebrae – could be Sister Celina’s building. You glance to check, and it seems like the right distance from the mouth of the lane. The shuttlecock has landed close to the boys, and the one in a cap offers it to the girls as though it were a rose. Even from where you stand, you can hear the girls giggle. You open the rickety gate of the building and cross its dusty compound. You climb the cement stairs, nervous, palm clammy against the banister. On the upper floor, you pick the furthest of the five doors and ring the bell. You clear your throat, wipe your palms on your skirt. The woman who answers the door smells of caramelized onions, has a spatula in hand. In response to your question, she scolds you for ringing the bell. You flush. You stop by the parapet to compose yourself. The sun has dimmed, the trees appear darker. The shuttlecock thwacks back and forth. You inspect above your heel to find a sore spot. You touch its peeling edges. Downstairs, the rickety gate creaks. You glance over the parapet. You squint. You slip your foot back into the ballerina. Is it her? Is it? It is her. It is odd seeing her in regular clothes, to witness her hair, the strands that have come loose from the plait after a long day. She has grocery bags in both hands and a flabby black purse on one shoulder. She looks ordinary, like anyone one might pass in the street. Once again that twinge of sadness. She heaves a hand high enough to fasten the latch. Coriander peeps from a bag. Her footsteps on the stairs are quiet, reminding you of the thick-soled sandals she wore as a nun. Out of the corner of an eye, you glimpse her pass the landing and climb to the second floor. A door opens upstairs and then shuts. In the building across the lane, a bony woman with a child on her hip calls out to a cobbler passing below. You tighten your little ponytail and turn towards the stairs.

Sister Celina appears at the door in a faded nightgown with white and blue flowers. She looks younger without the veil, face delicate, cheekbones pronounced. She has redone her plait since coming home.

Excerpted with permission from the story ‘The Outing’ from the book The House Next to the Factory, Sonal Kohli, HarperCollins India. Read more about the book here and buy it here.

Join The Dispatch Whatsapp Group to stay updated
The Dispatch is present across a number of social media platforms. Subscribe to our YouTube channel for exciting videos; join us on Facebook, Intagram and Twitter for quick updates and discussions. We are also available on the Telegram. Follow us on Pinterest for thousands of pictures and graphics. We care to respond to text messages on WhatsApp at 8082480136 [No calls accepted]. To contribute an article or pitch a story idea, write to us at [email protected] |Click to know more about The Dispatch, our standards and policies
TagsContemporary Fiction HarperCollins India Sonal Kohli The House Next to the Factory