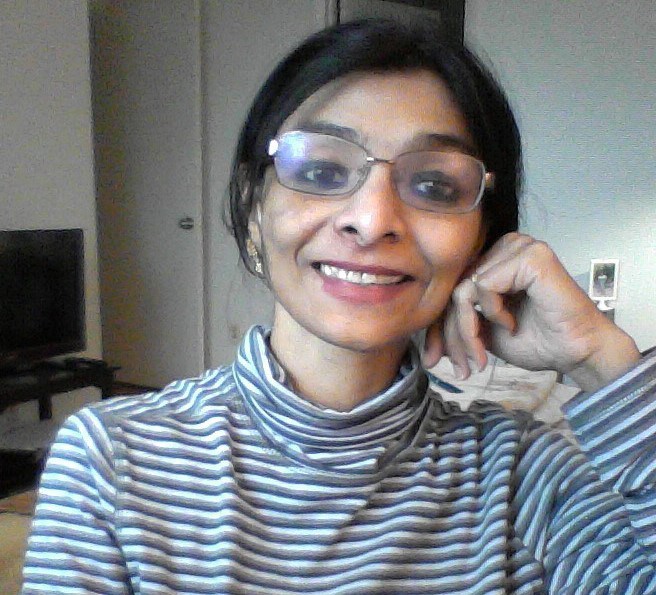 Before she became obsessed with the great cause, my mother read Goethe and Mann. I never saw her talk, really talk. The way people converse; sitting back and letting the words out or just to say something aimless in another’s hearing. There were the orders she barked out, the remarks short, abrupt, and rationed to my father and the absent-minded monosyllabic responses to me. I learnt soon to keep questions to myself. To make up for her silence, Mama wrote. The letters I received on her behalf every time she was away for a week or two to Johannesburg or Cape Town. Secret missions, she told me. And my father would shrug, and say she was away, fund-raising.

And if I asked more questions, he, or even she, would add, ‘For the Fatherland.’

There was the one time she raised her voice. A month or so before that man came in his Maybach, my parents had a big quarrel because my father refused to have anything to do with it.

‘That man is preparing for war,’ he said, and he pointed to a picture on her table. Of a man with a brush moustache, a fierce, angry look in his eye. ‘As if Germany has not suffered enough in the first war. As if we haven’t caused enough suffering already. Haven’t you seen the evidence here?’

‘It was a war to keep us down,’ my mother retorted, ‘the Americans, and the British, they would do anything to keep us Germans down. Now that we are as powerful, as strong and with colonies of our own, they can’t stand it. Wilson, that George character, everyone is determined to get us down. And they encourage our people, the Nama, the Herero to band up against us.’

‘They are not our…,’ but my father stopped, gathered his breath and went on, ‘it would not serve anything. Our presence only alienates us more among those we live.’ He had been reading the paper, and he lifted his mild eyes, the colour of which sometimes shifted with his mood. Now they were brown, inscrutable, giving nothing away. And his voice too was mild and low, often straying in my direction where I looked out of the window to watch Ujwima weeding out the flowerbeds.

‘There will be no peace in our time as well. The League of Nations is a showy body with little power.’

Mama rose swiftly from the table. For all her thinness, she was an awkward woman, and the cutlery jangled as her hip caught against the edge.

‘I am proud of what I am doing,’ her voice was harsh and grating, at odds with that faraway look on her thin face. Her chin looked more pointed then. The villagers would stare at her as she went by, nervous, falsely imperious on her bicycle. These were the times when she rode out to collect the post, or when she was forced out by the doctor. ‘Get some air, some air,’ had been his diagnosis. But it seemed Mama could not stand the heat, the sullen air all around. Whenever a visit was due from the doctor, when he flew in on a special aircraft from Windhoek, the front and the sitting rooms were aired, occasions stamped like a rite in my memory. Mama, a cloth over her face, barked out her instructions that Ujwima and the other houseboys found hard to keep up with.

I liked the way the sunlight strayed into the room then. Beams of light and the dancing dust embedded in them. ‘Keep away from my books, my books.’ She might well have been haranguing the sunshine, but it was the houseboys she was warning not to stray too close to her shelves. But my mother wasn’t done yet. She would warn them about the table too, where she wrote all those important letters and sorted them out. ‘The table, the table,’ she would say, swatting the air, pointing in some desperation.

She had a habit of repeating things twice, for she knew they did not understand her. ‘They stand looking at me dumb and sullen, like slaughter animals,’ she would tell my father and he laughed at that, wiping his mouth, looking up to only say, ‘how apt and how sadly true.’

In the files on her shelves were her letters too, carefully slotted. These came for her every fortnight or so and were brought to her by the special aircraft from Windhoek. Sometimes I received them when she was away. The post office was a small red brick building with a tin roof under the shade of an acacia tree. A lostlooking building, unhappy with itself, for it did not fit in among the bushes, the people in their coloured dresses and the huts with their helmet roofs.

Neatly numbered and bound in black and blue, Mama’s files aroused my curiosity, but they were off-bounds for me. As I grew taller, I could easily reach for them, after climbing up on her heavy wooden chair. She made sure though that nothing was ever done about the noise in the shelves. They creaked and moaned every time they were opened. And she would wipe the old glass panes herself, testing them for clarity by moving across the study, next to the grandfather clock and trying to read their labels. Sometimes she would make me do it too. Force me to stand on the gardener’s ladder and read the names aloud when I had not even learnt the alphabet properly.

At her table, I’d watch her in secret, as she devoured the contents of the letters that came for her. The hurried slitting open of the envelope, the frantic speed with which she read it the first time, the second look always more leisurely, with that thoughtful look in her eyes. She would return to that letter time and time again until the next one came. Her eyes would dart toward where she had kept it, in some numbered, precisely dated file. She would keep the letter open as she penned her reply. A letter drafted and redrafted several times and then copied out painstakingly, several copies that she sealed and addressed herself. She carried them with her when she took the train to Johannesburg.

From there she wrote to me, and others, letters written in so fervent and rigid a manner that I could imagine her as she wrote them. Letters, she delighted in writing, as she raised money for the Fatherland. ‘It is a noble calling,’ my mother wrote several times. ‘The Fuhrer knows that there is no race like ours. The world has long denied us our due and it is time we Germans stood as one.’

When she wasn’t singing the Fuhrer’s praises, she was denouncing my father in equally vehement terms. ‘Your father is a traitor, an idiot, a sentimental fool. A disgrace as a German. He is totally unsuitable for the job. If I were not married to him, a decision I solely blame on my parents, I would have exposed him to the Fuhrer at the earliest.’ ‘He mixes around with those we call the Untermensch,’ she said once, when she returned from a trip to Johannesburg. There was a new sparkle in her eyes, followed only by a new set of household rules. Mama forbade my friends from the village to even enter the house. She sprayed the house with perfume after the helpers were done with the day’s work. She scoured the floor carefully every time Ujwima, the gardener’s boy and my oldest friend, departed though he used the back door. Of course, when my father was not around, Ujwima was even denied permission to enter. She would see them staring at her, through the netted windows, and pull down the curtains one by one, shouting at me to do the same, when all I wanted was to play outside with Ujwima.

Excerpted with permission from The Hottest Summer in Years, Anuradha Kumar, Yoda Press. Read more about the book here and buy it here.

Join The Dispatch Whatsapp Group to stay updated
The Dispatch is present across a number of social media platforms. Subscribe to our YouTube channel for exciting videos; join us on Facebook, Intagram and Twitter for quick updates and discussions. We are also available on the Telegram. Follow us on Pinterest for thousands of pictures and graphics. We care to respond to text messages on WhatsApp at 8082480136 [No calls accepted]. To contribute an article or pitch a story idea, write to us at [email protected] |Click to know more about The Dispatch, our standards and policies
TagsAnuradha Kumar Fiction The Hottest Summer in Years Yoda Press