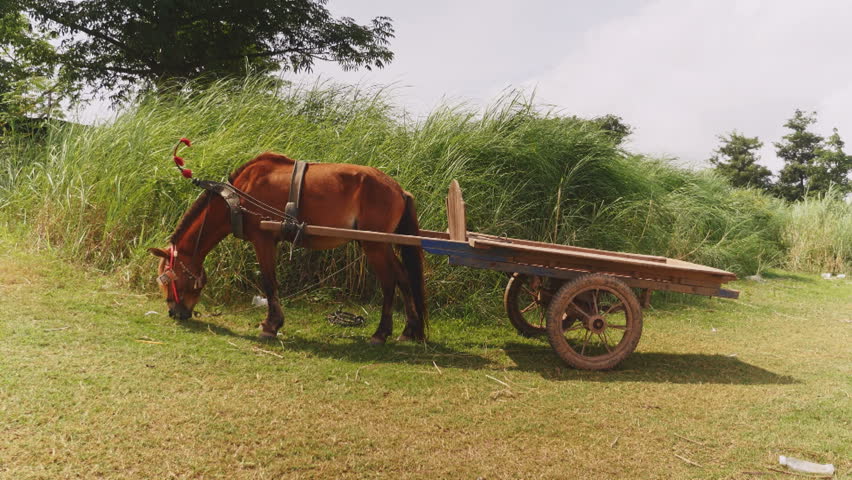 On a biting cold January morning, a herd of feral horses nibbling the faint frosty stubble is quite a scene. Barely a twig or two goes down the throat. Emasculated, with starkly visible rib cages and trembling in chill, these creatures have suddenly started to show up in poignant state across Jammu and Kashmir. Neglected, cursed, shooed and abused, they carry a cryptic message for all of us. We probably need to start worrying about the road we are treading, en masse.
There may sometimes be a brighter side to pity–apart from its conscience-centricity. A donkey laden with a backbreaking burden is a moving scene, undoubtedly so, but it is reassuring as well. This donkey is wanted, it has a utility, a value, even if it is meant for others. Imagine a state of a dispossessed existence without belonging and without recognition. One may recall the “invisible man” Ralp Ellison wrote about in his novel: “I am invisible, understand, simply because people refuse to see me. Like the bodiless heads you see sometimes in circus slideshows, it is as though I have been surrounded by mirrors of hard, distorting glass. When they approach me they see only my surroundings, themselves or figments of their imagination, indeed everything and anything except me”.

Someone once argued that Capitalism was detrimental for humanity and may result in its extinction. Capitalism bashing apart, the statement perhaps is not a hyperbole. If only we keenly looked at the alacrity with which commodification is happening–from forests to land to water–the writing is on the wall: majority of us are destined for doom. The plight of those horses bare this out, for what is their story? They used to have their own natural land, their own independent lives. We pounced upon them, domesticated them, because our production model demanded so. Meanwhile, we divided the land among ourselves, we felled the trees, we colonised the water bodies. And then something remarkable happened. We innovated and came out with better alternatives–cost efficient and handy. Fancy cars gave horses a complex, now we didn’t need them.

So what did we do with the horses? We couldn’t keep them because they were a drag on our bills. We opened the doors of the stables, and let them bolt. Mistakenly, we thought we were freeing them, but they obviously had no freedom. We had already parcelled their habitat among ourselves, and now suddenly they were unwanted imposters in their own lands. They became the animal avatars of Ralp Ellison’s invisible man. Nobody was willing to even register their presence, let alone pitying them. Even the godforsaken (and wretched) stray dogs smirked at them. Finally, the imperialistic logic of Capitalism sought to brush them aside as yet another group of unfortunate victims of “demand and supply”. They were left to die, quietly, in ones and twos.

Foucault once lamented the invention of human language, because it enabled human beings to carve out a separate niche for themselves. This marked the breakdown of subtle communication between man and the nature around (otherwise, even the resemblance of a walnut with the human brain was seen as a sort of divine connection). Man, thanks to his predatory anthropocentrism, relegated other creatures to instrumental status. They could be used, abused and disposed off, conveniently. But let’s be convinced, the churning doesn’t stop there. Man is gradually feeding a Frankenstein’s monster, and actively engaged in shaping up a reality which may finally exclude and invisibilize even him as well. This is not yet another Luddite hysteria. And that is where horses act as portents.

Yuval Noah Harari warned us against the biggest bane of the 21st century: irrelevance. As the Capitalism marched from its mercantile preoccupation, right through its industrial fixation, to its present digital and financial form, it necessitated more and more irrelevance of a human being. Like those feral horses, slowly, but surely, most of us (especially the subaltern class) may have to brace up for the humiliation that comes with unwantedness. With more automation and breakthroughs in IT/Biotech underway, we may not have the exploited class of 19th and 20th centuries anymore, but a vast underclass of irrelevant human beings lumped-together–unwanted, unemployed and unemployable.

For the want of Wordsworths, Clares, Ruskins and Octivias in this part of the world, who would have at least inspired us to renegotiate our relationship with the mother nature, and with each other at this undeniably critical moment, we can’t help but look at the wandering horses around: unattractive, lame, diseased and starved. Remember, these may be us in a hundred years from now.