Galwan Valley in the east of Ladakh, the current site of a standoff between Indian and Chinese forces draws its name from Ghulam Rassul Galwan, a traveler of Kashmiri descent better known for his memoir ‘Servant of Sahibs’. This interesting book was first published in London in 1923 with an introduction by Sir Francis Younghusband, a British traveler and a key figure in the Great Game.
‘Written in faulty English, but with instinct of a true artist, we see in every page the spirit which animated Rassul’, writes Younghusband in the introduction of “Servant of Sahibs” which is spread over twelve chapters.

A story titled ‘The Fight of Chinese’, in Ghulam Rassul Galwan’s own ‘faulty English’ under the chapter ‘The Service of Major Sahib’ is reproduced below.

THE day before evening, we came to camp. When got there, we heard that the Chinese men there beaten our sahibs and our head-man. There were camped some Chinese soldiers, in that serai, before us. We got much angry with the Chinese soldiers, to beating our sahibs. We unloaded, and went to the sahibs. The Major sahib was angry, and said to us : “If you people beat the Chinese, I would be glad.” We all young men liked that order of the sahibs. Some us took tent-poles, some long Kashmiri sticks and made ready to beat the Chinese soldiers. There came a Chinese officer to sahibs, and begged them to stop us. Then sahib ordered us: “Don’t fight.” We all young men were sorry for that order. At night we talked much, and said that: “If we had fought with Chinese, we beaten to them.”

That night came many Chinese soldiers and a Chinese officer of theirs. They planning to beat to us, but we did not know.

The river always every night covered itself with ice, and, if we not make holes in that ice, the ponies not could drink water. We dug holes with chopper (axe) every day. That day, Kalam Rassul and Sonam went to that river to make holes. In the hand of Kalam Rassul was a chopper.

When came into little bazaar outside our serai, Kalam Rassul called to us and said : “The Chinese beating to us.” And I went out with two men. There were four Chinese men on horses. We followed them. They ran away very fast.

When we came back from far way, that little bazaar was full Chinese soldiers, and there were some our men. They beat to the Chinese and the Chinese beat to them.

There Kalam gave me a stick, I forgot the other men, and myself was surrounded by Chinese soldiers. I beat to them, and they broke my stick. And one their sticks hit my arm very hard. There were many Chinese. Our all men ran. I ran, myself, and got into an old house. I hid in that house.

Now all the Chinese went to their camp. Kalam saw me where I was hide. He said: “Come out now. Here are no Chinese men.”

I went to him, out of that house, and there came four Chinese, those four which we following before the fight. Now Kalam Rassul and I ran, and came up on a plain outside that village. My hope was: that I get to sahibs’ serai, by plains way. Two Chinese came in front me, two came behind me on that little plain, and they beat to me with their sticks; four men. I had no hope to escaping again from those enemies. After they hurt me very much, I begged to them and said many times: “ko ko “; but they not would let go me. There were no helping-men. Which side I moved, there they hit me with sticks. I lay down on the ground, but there they beat to me too. I thought: “These people will kill to me.” Then I did same a dead body. Myself did not move. Then, by good luck, they went on; but I not could get up. The time was sunrise.

While after, there came the sahibs and our head-man and others. I was lying down. Sahib looked over me, and said: “You hurt much?” I said: “Yes sir.” Then sahib said : “I will kill one Chinese.” In sahib’s hand was a pistol. Then took me some of our men, same a dead man to our camp. What I see there? Some men’s heads were wounded; some men’s hands. Ramzan, my good friend, was wounded on his face. Now was ready our breakfast, but no one like to take breakfast.

While after, sahibs came to me and said : “Rassul, don’t you be sorry. Here is only you, one, lying down. There among the Chinese, are seven men, lying down, same you, and their amban lying down too.” I felt happy with that matter, and the sahib gave me some medicine and ordered our head-man to put me in a wagon. 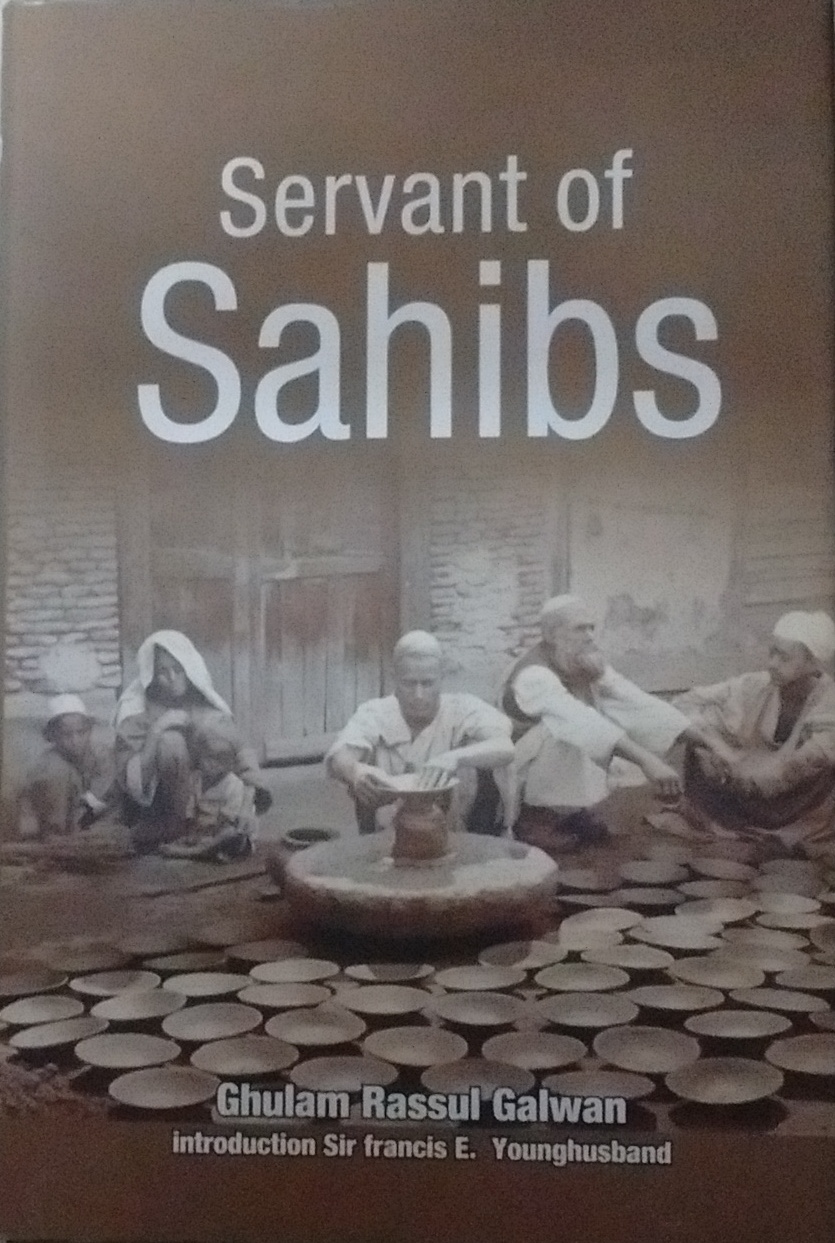 ‘Servant of Sahibs’ by Ghulam Rassul Galwan was first published in 1923 by W Heffer & Sons Ltd. and has been republished and reprinted many times. Read more about the book here and buy it here.

Riaz Dean on "Mapping the Great Game": 'This book is about the extraordinary pioneers who explored much of Asia during the 19th century to fill in large portions of its map'
Sir Chettur Sankaran Nair, the man who ensured that the world comes to know about the Jallianwala Bagh Massacre by fighting a court case in the UK