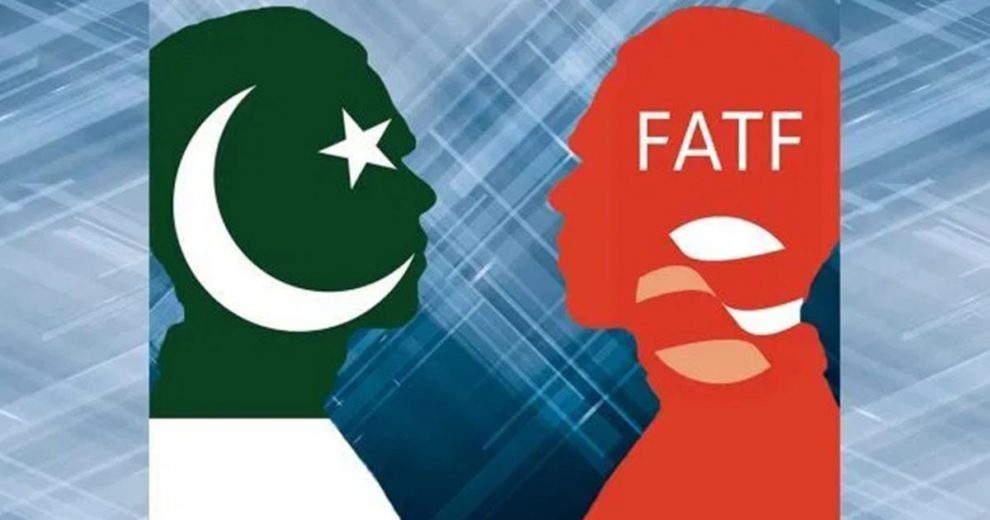 On 8 January 2021, a Pakistani court sentenced senior Lashkar-e-Taiba leader, Zaki-ur-Rahman Lakhvi, the mastermind of the 2008 Mumbai terror attacks, to a five-year imprisonment on terror financing charges. This came weeks ahead of the February 2021 Financial Action Task Force (FATF) plenary meeting that will decide on Pakistan’s listing. Pakistan’s retention in the FATF ‘grey’ list thus far, despite serious shortcomings in its compliance, suggest that the country might be retained in the grey list in the upcoming meeting as well.

Recent Developments
On 26 July 2020, Pakistan announced a set of eight legislations to implement the eight-point to do list, following the country’s retention on the FATF’s February 2020 ‘grey list’, and in light of the then upcoming FATF meeting (October 2020). Apart from a formulating a variety of measures that were largely superficial, the administration also portrayed the opposition’s ‘attitude’ as being a hinderance to the country’s efforts aimed at curbing terror financing.

Of the eight legislations, the Anti-Money Laundering (Second Amendment) Bill and the Islamabad Capital Territory Waqf Properties Bill, are of particular interest. They were passed through a Joint Assembly in September 2020. The Anti-Money Laundering (Second Amendment) Bill is aimed at expand the National Accountability Bureau’s jurisdiction by including transactions classified as money laundering in it and by regulating jewelers, lawyers, real estate agents, chartered accountants and people involved in businesses related to precious stones. The Waqf Properties Bill broadens the definition of Waqf Properties to include any property used for any religious purposes and enables government regulation of these in the capital area of Islamabad.

However, this is not the first time Pakistan has formulated laws on money laundering or to counter terrorism, only to be rendered ineffectual due to lack of genuine political will for enforcement. For example, despite instituting National Counter Terrorism Authority in 2009 and the parliament having outlined its mandate in 2013, 1500 of the 12000 candidates in the 2018 general elections were directly or indirectly affiliated with extremist groups.

Meanwhile, in August 2020, Pakistan sanctioned around 88 individuals affiliated with various terrorist outfits, including the Afghan Taliban, in a bid to project compliance with FATF recommendations. A month earlier, the UN Security Council Analytical Support and Sanctions Monitoring Team had found 6500 “Pakistani foreign terrorist fighters” currently active in Afghanistan—a significant increase from the estimate of 400-600 al Qaeda fighters in Team’s January 2020 report. Many of these terrorists are actively recruited/inducted by Pakistan-based terror outfits like Jaish-e-Muhammad and Lashkar-e-Taiba.

However, Pakistan has tended to enforce its anti-terror laws selectively, and countering of terror groups is also often an exercise in cherry picking. For instance, Islamabad/Rawalpindi differentiates between terrorists it considers to be its ‘assets’ (such as the Lashkar-e-Taiba, the Afghan Taliban etc), other terror and violent extremist outfits targeting Pakistan such as the Tehreek-e-Taliban Pakistan, and Baloch separatist groups; it views even peaceful dissent by aggrieved citizens as a threat to peace—a pattern which was also noted in the 2019 US Country Report on Terrorism. Additionally, just days before the October 2020 FATF meeting convened, the Australia-based Asia-Pacific Group’s review report identified Pakistan as having complied with 11 of the FATF’s 40 recommendations, with complete compliance in only two.

Further, those terrorists sanctioned by Pakistan in August 2020 include key leaders of the Afghan Taliban, including its co-founder and deputy political head, Mullah Abdul Ghani Baradar, and the head of the Haqqani Network, Sirajuddin Haqqani, among others; and they are subject to travel bans and asset freezes. However, given how the negotiations between the Taliban and the Afghan government have commenced following the signing of the February 2020 US-Taliban agreement, key Afghan Taliban leaders, including Baradar, have continued to be able to travel freely between Doha, Pakistan, Iran etc; and Taliban offensives in Afghanistan have only skyrocketed. Moreover, given the extensive linkages between the terrorist outfits operating in the Afghanistan-Pakistan region, these sanctions are unlikely to bear meaningful results.

Meanwhile, several armed groups have also continued to receive foreign funds and assistance due to the lackadaisical asset freezing and due to them operating under more than one name. For instance, the Council on American-Islamic Relations and Islamic Circle of North America, groups affiliated to Jamaat-e-Islami, have been endorsed by the US federal agencies, even though the FBI had ended ties with them over terror funding charges in 2009. Such gaps result in these terror groups ultimately becoming the beneficiaries.

Looking Ahead
While indeed Pakistan too has suffered from terrorism, the Pakistani state has also been an enabler of terrorism; and these two circumstances are not mutually exclusive. An FATF blacklisting of Pakistan may be needed to ensure that Islamabad takes concrete action to combat terror financing in earnest. However, Pakistan’s role in the effort to reach a negotiated settlement in Afghanistan has provided Islamabad/Rawalpindi with room to manoeuvre. These factors combined with past trends and emerging regional geopolitical developments suggest there is a possibility that both blacklisting, and concrete action by Pakistan against terror financing, might be a distant prospect at this juncture.

Research Intern with the Centre for Internal and Regional Security (IReS), IPCS.

The World This Week: The US returns to the Paris Agreement; India’s regional vaccine diplomacy
India’s Internal Security: A fog of triumph?
Comment