Home World Affairs The daughter who washed the dishes: How secret mobile footage helped one... 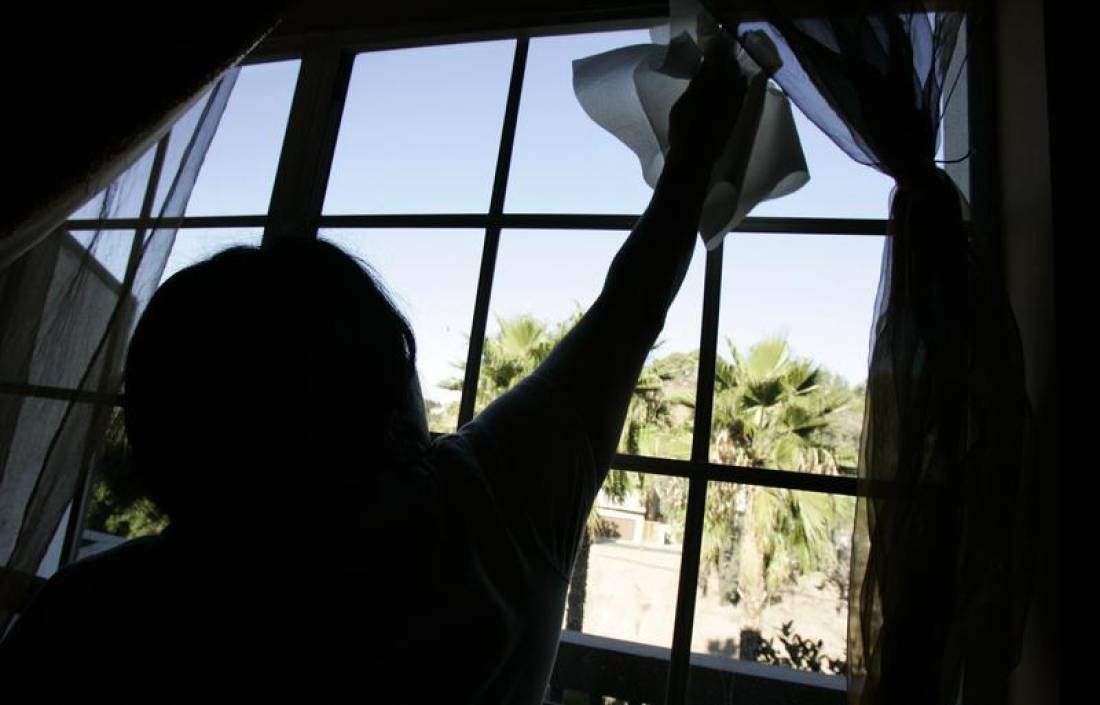 RIO DE JANEIRO: It was a string of broken promises that made Elisa realize her so-called adoptive family had trapped her in domestic servitude.

The couple in rural Brazil who took her in as a child from a nearby farm after she was abandoned by her parents, always told Elisa she was “like a daughter to them”.

But as the mother and father’s seven biological children grew up and attended school, Elisa stayed home and washed the dishes.

They trained as nurses, accountants and dentists, while Elisa was assigned more chores and had her freedoms curtailed.

“I wanted to be free to come and go, and I didn’t have that freedom,” said Elisa, 38, who asked for her name to be changed to protect her identity.

“(Their refusing to let me go to school was) when I realized that the only thing they wanted from me was work,” she told the Thomson Reuters Foundation by phone from her house in Ipira, a small town in the northeastern state of Bahia.

It took years for Elisa to understand how she had been emotionally manipulated – but that realization would eventually lead to an escape from forced labor and the start of a new life.

Modern-day slavery involves people trapped in debt and forced to work overtime in factories but it can also pervade homes.

Live-in help is used as a cover for exploitation and lines are blurred between so-called family and exploiters. Victims rarely see themselves as modern-day slaves.

In Brazil, labor inspectors are trying to locate and free victims of domestic servitude – 21 people have been rescued since 2017.

Elisa’s case is unique in that she played an active role in her own rescue and was savvy enough to secretly record mobile footage as evidence.

For years, Elisa appealed to neighbors for help but they either told her she had nowhere to go or that her captors were nice people who treated her like family and put a roof over her head.

The same line of argument is commonly used in Brazil to justify abuses or even lack of payment for domestic workers, according to labor authorities. Psychological pressure discourages victims from seeking help.

Elisa’s employers often stressed that everything she needed in her life was provided by them, and that she never wanted for anything.

In 2018, Elisa reached a lawyer who promised to report her situation to authorities. The lawyer told Elisa to carefully film on her mobile her day-to-day activities to gather proof.

Weeks later when labor inspectors showed up at the house – a white brick building surrounded by trees – to question her and the couple, they found Elisa in a state of depression. She was convinced the authorities would give up on her.

The mother told the labor inspectors that Elisa was like a daughter to her, not a maid. Elisa sometimes cooked or cleaned a little bit, but that was it, she said.

But the videos Elisa had shot showed her serving breakfast, feeding the couple’s cattle, washing dishes and clothes.

The footage would later be filed as evidence in the report written by labor inspector Alison Carneiro, who coordinated the rescue operation.

After decades of living and working with the family, all of Elisa’s belongings could fit into two desk drawers, according to labor inspectors.

Six of the couple’s seven children, meanwhile, had all left and some had acquired their own homes and vehicles.

When Elisa tried to leave the house for the last time after almost three decades of domestic work with no pay the mother blocked her way and called her ungrateful.

“The police had to ask her to get out of the way, because she didn’t want to let me out,” said Elisa.

“She said ‘you can’t abandon us, who will make the coffee?'” recalls labor inspector Carneiro.

The couple was charged keeping Elisa in slavery-like conditions and paid her about R$ 100,000 ($18,314.01) in damages, back pay and severance for the 28 years she was held captive.

With the money, Elisa bought a house in Ipira and started to rebuild her life.

She also started going to parties in town, a luxury in her previous life which she was only allowed to attend when accompanied by the couple’s children.

She found employment as a domestic worker, cleaning houses for R$ 35 ($6.41) a day – in line with Brazil’s minimum wage.

“It’s a lot of work for little money, but enough to pay for electricity, water and food,” she said. “You live one day at a time. One thing I’d like to do is study, to get a better job.”

Once in a while she bumps into members of her former family in town and her heart sinks until she realizes they can no longer harm her.

“If something happens to me, the first person (authorities) are going to look at is them.”