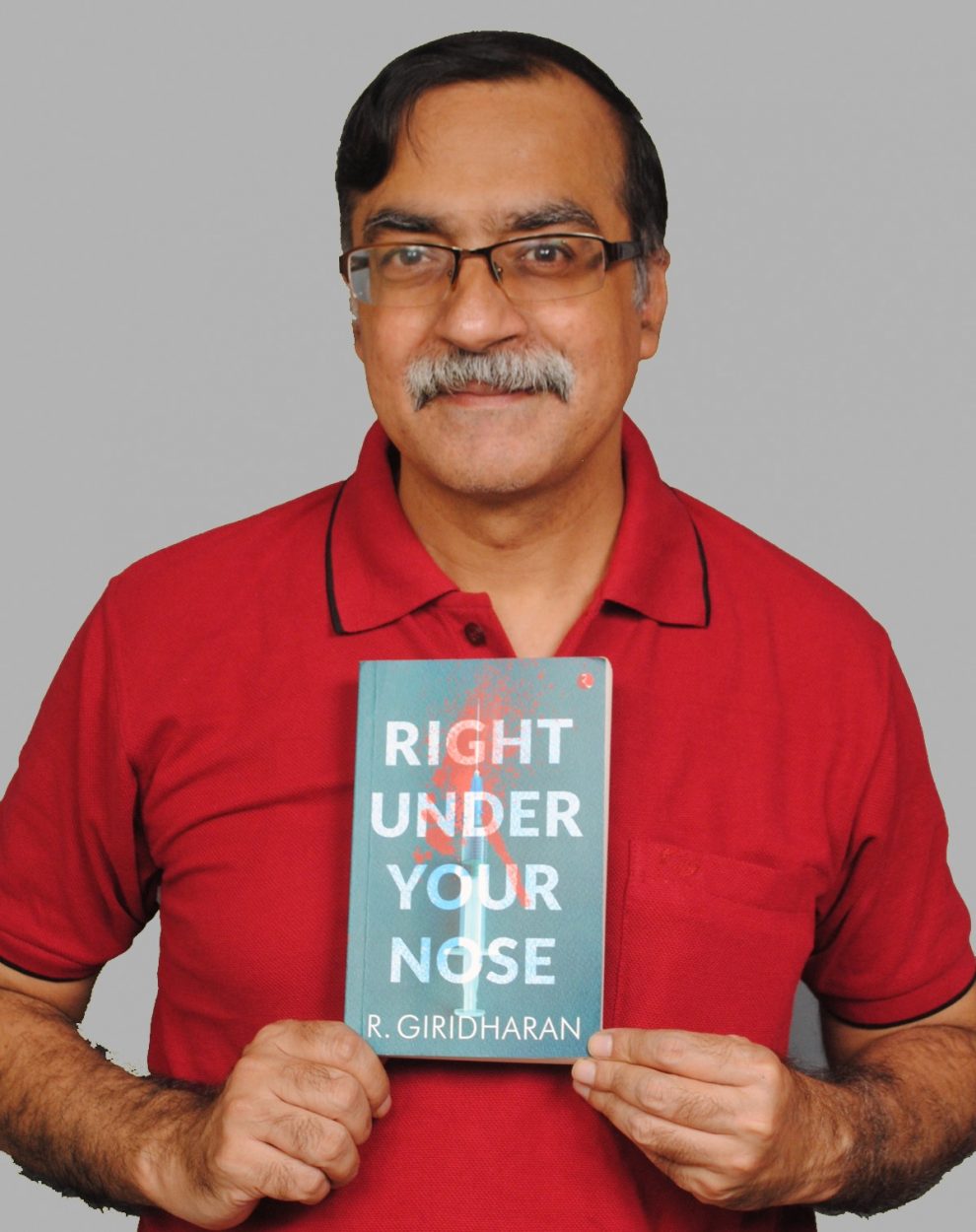 Vijay sat waiting for Birender, a friend who ran a travel agency, at a table very close to the road. Vijay preferred such tables in restaurants because he could see what was going on and also save on crucial seconds if intervention was needed. Last year, Vijay had dived just in time to prevent a stabbing, thanks to the location of his table.

Although thronged by youngsters, it was an age-old restaurant, spartan in decor. The tables and chairs were comfortable and the arrangement provided ample legroom. The tables were arranged in a manner to ensure reasonable privacy at an affordable cost even on a busy street.

Vijay belonged to the new generation; yet, he found that things had changed. Six years back, Facebook or Twitter on mobile was relatively unknown. The lingo too had changed. In fact, some of the slang sounded alien to him.

But then, there were some things that remained unchanged— boys showing off, giggling girls faking admiration and egging them on, Birender being behind the clock.

Across the road, a black Nano wedged itself into a tiny parking space sandwiched between the restaurant gate and the pavement. A limping parking attendant who had shooed other vehicles marked this one for special attention. The driver, who stayed put in the car, wasn’t visible, but the registration number stuck in Vijay’s mind: MH-26-AH-1986—his age and year of birth.

Vijay was still eyeing the car. Quite unusual. Why was the Nano getting such special attention, he wondered.

‘You are off duty, pal,’ Birender reminded him.

Vijay handed over the menu card to Birender.

Glancing at the waiter, Birender nodded his head in admiration and put away the menu card.

Vijay’s eyes were intent on the road. He tapped Birender’s wrist. ‘That man,’ he said, pointing to a tall, lean, respectable-looking bespectacled man with unkempt hair, ‘has a gun in his jacket pocket and wants to shoot someone.’

The waiter brought the sambhar and chutney first. Birender sniffed and savoured the aroma.

Soon, the idli, vada and utthapam arrived. Birender slid the laptop back into its holder. He kept away the fork and spoon, then rolled a piece of idli round and round in the sambhar bowl and ate it with his hand.

‘Tell me,’ Birender’s eyes twinkled mischievously. ‘When will you find a girl?’

‘I am actually infatuated with one,’ Vijay blurted out.

Birender leaned forward in anticipation, ‘Who? Who?’

Vijay could not bring himself to meet Birender in the eye. ‘She is a crime reporter. Has a nose for news and is quite sharp.’

‘Her name is Padmini.’

Vijay craned his neck and shifted in his chair to get a better view of the road. Birender tapped his shoulder.

Vijay stood up, wrote a few telephone numbers on the paper napkin, and addressed Birender, ‘I don’t have time to explain, but call these numbers immediately.’

‘Whose numbers are these? What should I tell them?’ a flummoxed Birender enquired.

‘These two numbers belong to an ambulance service and those three to the police control room. Tell them that I asked them to come over immediately!’ He added impatiently, ‘Don’t forget to give this address.’

Vijay weaved his way past a waiter carrying a tray laden with three glasses of fruit juice and a couple entering the restaurant. Once on the road, he began to shout at people, flashing his identity card. ‘Make way!’ He was now convinced that the man in the red jacket was a gunman. He never took his eyes off his target. Surprisingly, the red-jacketed man seemed oblivious to Vijay’s moves.

The man stiffened—a giveaway that he was readying.

Vijay decided to move in a circular way and ambush. His eyes kept scanning a wide horizon. What is this man doing with a gun in the middle of a busy street?

That the man would have no chance to escape was clear. If he was hiding the gun in his jacket pocket, it could not be a big one. Vijay’s guess was that it was a Swiss revolver.

Vijay feared that this could be a daring daylight robbery. The targets were many. The road was full of shops with flourishing businesses and bulging treasure chests. It was not well guarded. This man could be a part of a gang.

Vijay observed him. He did not seem to be communicating with anyone. He hardly took his mobile out. If he was a part of a gang, then it was one that did not believe in verbal communication.

Vijay had now come behind the man. He probably was just four or five steps away now. From his peripheral vision, he noted that the black Nano was raring to go. He roughly brushed a pedestrian’s shoulder and subdued his default reflex to apologize.

The gunman who had been near motionless suddenly moved. His hind leg moved backwards towards Vijay. Vijay was momentarily distracted and in a reflex action, he retreated.

The man’s shoulders were taut and moving rapidly. Vijay realized that the man had pulled the trigger. He studied the distance between himself and the gunman. He lunged forward, with perfect timing. He landed heavily on the man, who by now had thrown off his jacket. Vijay immobilized him quite easily. The man was not trained in fighting, nor did he seem to have the willingness to fight. The gun fell out of his hand. He made no attempt to retrieve it. Vijay held him in an armlock.

The bullet, whose sound was drowned amidst blaring horns, found its mark. The victim had been hit on the shoulder. He lay in a pool of blood, surely unconscious.

Vijay was relieved to hear an ambulance van announce its arrival. A minute later, the police siren wailed. Birender had done his bit.

The police van parked itself on the other side. Policemen stood on both sides of the victim and stopped vehicular traffic. The ambulance stationed itself next to the victim, with the police van adjacent to it.

Two male nurses ran with a stretcher. A doctor in his white overalls felt the pulse. Vijay recognized him as Dr Amarnath.

The doctor too recognized Vijay. Dr Amarnath walked up and whispered, ‘It is a murder.’

The ambulance left with the victim. Although the medical team had not officially declared the victim dead, Dr Amarnath had given the game away.

The police cordoned off the area with barricade tapes.

Excerpted with permission from Right Under Your Nose, R. Giridharan, Rupa Publications. Read more about the book here and buy it here.

DDC polls: SEC comes up with guidelines for star campaigners
Book Excerpt | Patriarchy and the Pangolin: In this book, the author’s environmental conservation research reveals that men and patriarchy are the greatest threat to pangolins and imperilled species
Comment