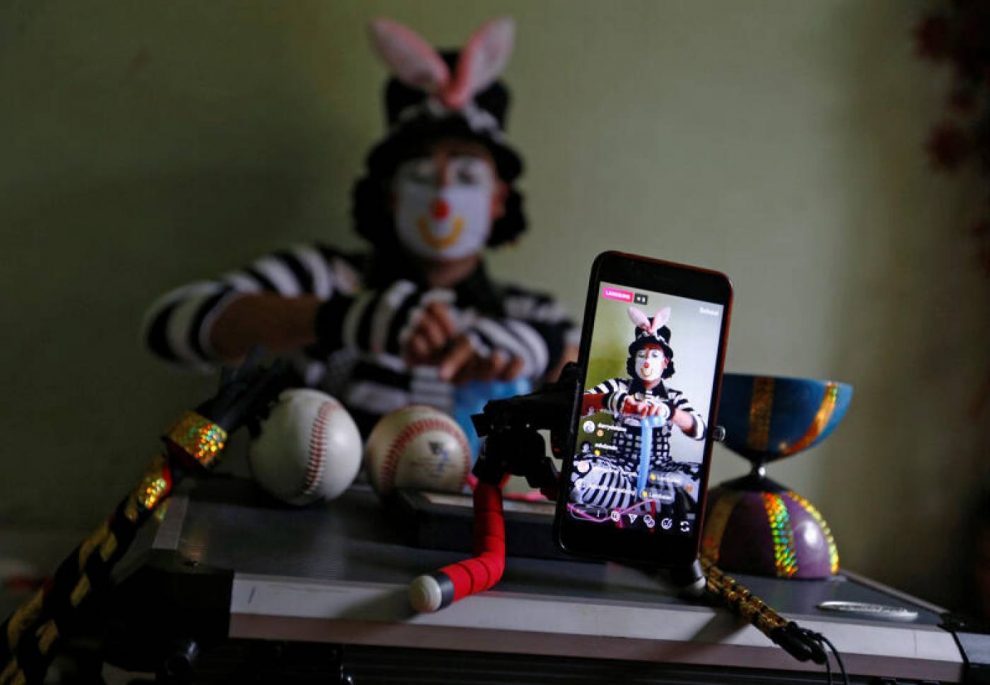 LONDON: With COVID-19 restrictions in place globally, our reliance on digital technology sky-rocketed this year as video calls, emails, instant messaging and virtual entertainment replaced face-to-face interactions in and out of the workplace.

Between February and April, at the peak of worldwide lockdowns, global internet traffic surged by nearly 40%, driven by video conferences, online gaming, streaming and social media, according to the International Energy Agency (IEA).

At this rate, web traffic is set to double by 2022, with mobile internet users expected to jump to 5 billion by 2025 from 3.8 billion last year, the IEA predicts.

And all this online activity needs to be powered by electricity, raising the question of whether it could lead to a surge in planet-heating emissions, now and in the future.

The picture is more complex than it might first appear, say energy researchers.

A greener future for the industry will depend on the source of power tech companies use and how they design their products.

Data centres that process and store data from online activities, such as emailing and video streaming, accounted for about 1% of global electricity use in 2019, IEA analysis shows.

Yet despite a 60% surge in demand for data centre services, the energy required to power this is estimated to stay flat until 2022, says the IEA, citing a February study led by U.S. engineering professor Eric Masanet at Northwestern University.

This is because, compared to other industries, data centres have generally become more energy-efficient and companies are increasingly investing in renewable energy to cool down their servers, said IEA researcher George Kamiya.

“Decarbonising aviation and heavy industry is challenging because many of the technologies we need are not yet commercially available,” he noted.

“Decarbonising data centres is easier: power them with clean electricity and continue to push energy efficiency through policy, investment and innovation,” he told the Thomson Reuters Foundation.

Cooling can account for up to half of a data centre’s total energy use, according to Green Mountain, a data centre company in Norway that runs on hydropower from the ice-cold fjords and rivers nearby.

“Data centres generate a huge amount of heat and that heat has to be removed, otherwise it would not work – everything would melt down,” said chief executive Tor Kristian Gyland.

A Google data centre in Finland uses recycled seawater to save on the energy needed to cool its servers, while other companies have opened facilities near the Arctic Circle to benefit from naturally cold air.

Tech titans including Facebook, Google, Apple, Amazon and Microsoft have all pledged to use only renewable energy and reach net-zero emissions within the next two decades.

Cryptocurrency Bitcoin, for example, consumed 0.2-0.3% of global electricity use in 2019, according to The Royal Society, a leading British scientific academy.

By comparison, the transport sector – mostly road vehicles – accounts for about quarter, the IEA said.

Keeping a smartphone for longer or repairing it can reduce its carbon footprint considering the “embodied” emissions needed to make a phone in the first place – from mining and manufacturing to distribution, The Royal Society said in a recent report.

Recycling electronic waste could also shrink the environmental footprint caused by the mining industry, it added.

Streaming video for one hour on a smartphone in Standard Definition could generate eight times fewer emissions compared with Ultra High Definition, it added.

Meanwhile, the IEA says streaming services from videos and gaming are driving demand for data centre services, and will account for 87% of consumer internet traffic in 2022.

But cutting down on online leisure activities is not going to stop climate change, said Kamiya.

“I worry that focusing too much on low-emissions activities like streaming video could divert attention away from other behaviour changes that could actually reduce emissions, like flying and driving less,” he said.

“While individual actions are important, we need governments to implement strong climate policies to achieve structural emission reductions across all sectors.”

At the same time, many applications of digital technologies can help reduce emissions, he added, for example, using AI to forecast and improve how we use electricity at home.

“We need the right energy and climate policies to make sure that digitalisation helps to tackle climate change, instead of making it worse,” he said.