Every year trainloads of foreign tourists arrive in our small village by the sea. When the rains come and as the last of the tourists leave with their overstuffed backpacks, we are left behind with memories and wounds that take a long time to heal—like all memories and wounds. Sometimes we end up in the local police station. Sometimes, in the central prison in the capital city, like I did some months ago.

After the tourists have left, a cast of crabs come out of tiny holes and run diagonally on the beach. A relieved SI Devan leans back into his towel-wrapped chair, placing his sweat-stained peaked-cap on the tattered ledger on his table and shakes his legs under the table. Poor fellow, little does he know about the troubles that are in store for the next season.

Irrespective of the troubles it brings, I love the tourist season because it is when we get to speak in English. Not that we don’t know English—that would be a huge insult to a generation of venerable teachers whose knowledge of grammar was as crisp as the spring sky. They could write a sentence in English as correctly as Macaulay did but when it came to speaking they were as silent as a letter box. Just like the red, round metal boxes that are fast disappearing, they had messages within them but they needed someone to deliver them.
After all, the British didn’t want us to speak eloquently, let alone winning any diplomatic war through the gift of the gab. I am not talking about our people from the fishermen’s community. Most of the teachers that I was referring to were Hindu. The men of our village were content with going to the sea or to the Gulf, and the women were happy waiting for their men to return—either from the sea or from overseas.

To change all that, the Cliffhangers have made a vow—over the shadows and tears of innumerable men from our village who braved the ocean and turned their blood into sweat under unfamiliar suns and indifferent men, and over the helpless silence of hundreds of young men—we will never be timid and silent like the grey mushrooms that grow on haystacks during the rainy season.

My house sits in an 80-cent property with its back to the Cliff and the beach below, facing the road that winds its way down towards the temple. On a clear night, we sit out and watch the shimmering lights in faraway Thankasseri Beach in Kollam, a town which has seen better and busier days of seafood and cashew trade.
As I said earlier, there are no Christians in and around our coastal village. You have to drive either to the left or the right of our beach to see a church dotting the shoreline. If you drive about ten kilometres south of our beach, towards the capital city, you reach the Anjengo Fort, a seventeenth century fort. It was the first signal station the British East India Company had built to guide the ships arriving from England.

Close by the fort and a zebra-striped lighthouse, there are poor Christian fishermen, living around a dilapidated church. They go to the sea to fish early in the morning, come back before the sun gets too hot, drink toddy and play cards sitting under the palm trees at the edge of the beach. Their rotund women go from house to house selling fish in aluminium cauldrons. By the time they come back, wash their clothes and hang them to dry on the compound walls of the fort, the men would be drunk and asleep under the trees.

If you drive thirty kilometres further to the right from our beach along the coastal road, you will reach Thankasseri Beach, where a small community of Anglo-Indians lives surrounding a derelict lighthouse, painted in red and white. In a way, we are sandwiched between two Christian communities of contrasting lifestyles—one is poor and crass, and the other, Anglophiles and rich—and two redundant lighthouses punctuating our village like exclamation marks.
Not many foreign tourists go to Anjengo Fort. Only school students on study tours and occasionally some tourists from North India. Once I took Alex, a tall British tourist, on my bike to the fort after he said he wanted to see the first fort built by the British in the region. Alex comes to our beach every season and has become more than an acquaintance. Coming out of the fort, we walked up the spiral stairs of the lighthouse after bribing the watchman. As Alex sat on the floor of the narrow balcony on the top, looking out into a windswept, dimpled sea, he exclaimed, ‘Wicked, man!’ The first time Alex said ‘wicked’ while watching a brilliant sunset from the Cliff, it didn’t make any sense to me. The only meaning of the word I knew was to describe cruel people, like Mother. But soon I learnt that it is the equivalent to ‘kidilam’, awesome or mind-blowing.
‘Whoa…whoa…I wish I could see the ships approaching!’ he said. I sat next to him on the narrow balcony, leaning against the wall, hugging my knees, fighting vertigo. ‘Save me, save me, O Captain…my Captain!’ Alex sang aloud. The weed was good, fresh from the Idukki hills, and Alex was as excited as a bull. ‘This is wicked, man!’ He turned around like a danseur, throwing his arms in the air. The afternoon sea breeze tousled his auburn hair. ‘We should glide down from here…float in the air.’ I feared he would jump down. ‘Next time I’m gonna come here with a girl, and have sex at sunset, keeping one eye out for the British ships, and the other on the moaning Indian girl!’ Every season he brings with him a new girlfriend, mostly dusky girls whom he has met in Goa or Jaipur, whose well-endowed bosoms invariably quicken my heartbeat. 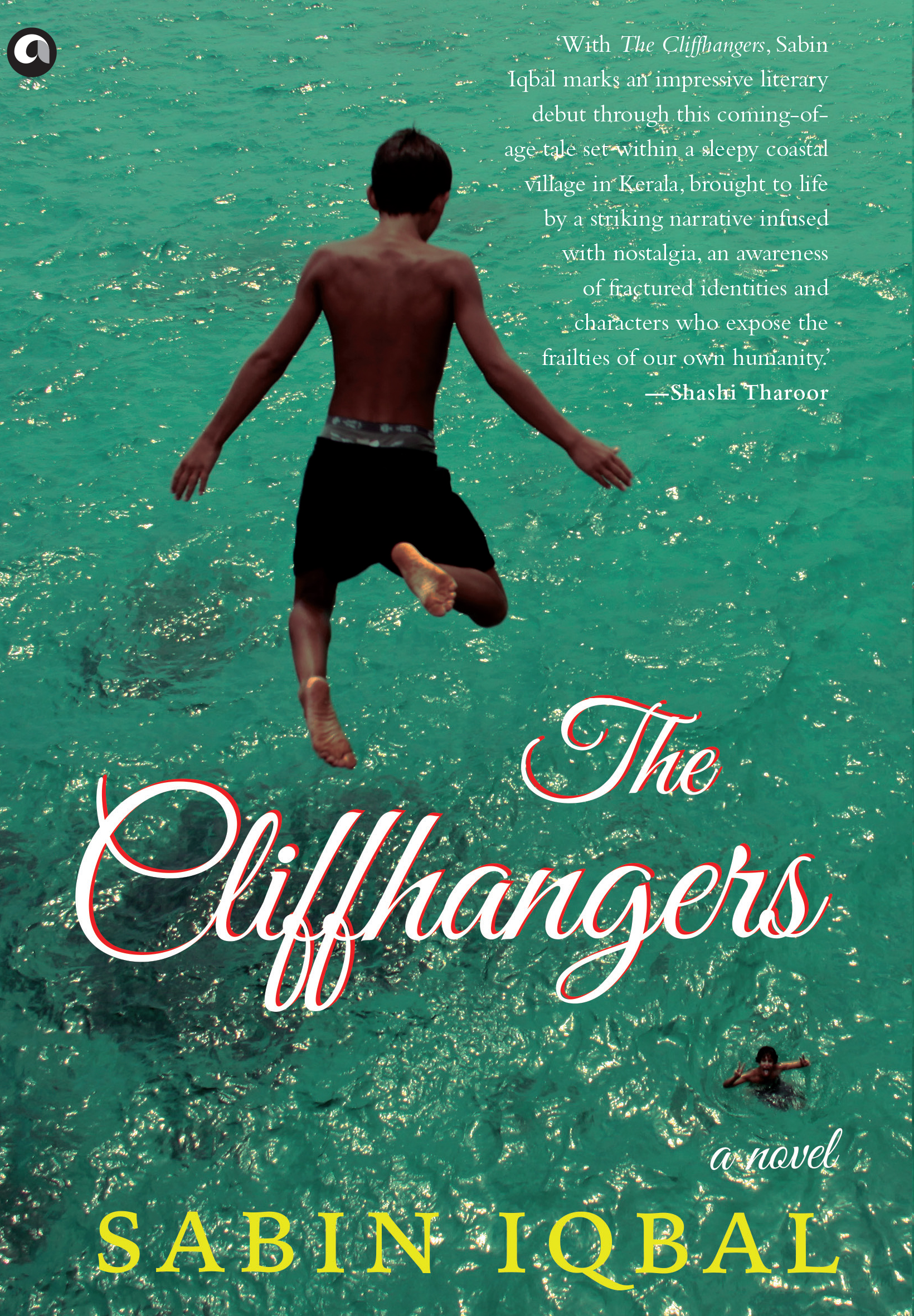 Excerpted with permission from The Cliffhangers: A Novel, Sabin Iqbal, Aleph Book Company. Read more about the book here and buy it here.

Kabir Taneja on "The ISIS Peril": 'To tackle ISIS and other common terror threats, more institutional cooperation between South Asian countries is needed'
Book Review: "The God Child" is the story of a young, restless woman caught between two worlds