It is instructive to review how QUAD partners stand on issues concerning India’s sovereignty and territorial integrity. This is of particular significance at a time when India is facing an aggressive China on its borders. Projections by strategic partners of India’s boundaries and territorial claims assume a deeper salience in light of a growing convergence of geo-strategic interests in the Indo-Pacific. This policy brief argues that it is time for India’s strategic partners to address their legacy cartographic anomalies and depict India’s boundaries accurately in their maps.

In recent years, India has developed close strategic partnerships with the United States of America (USA), Japan and Australia in the framework of the Quadrilateral Security Dialogue, or the QUAD. It is instructive to review how the QUAD partners stand on issues concerning India’s sovereignty and territorial integrity.  This is of particular significance at a time when India is facing an aggressive China on its borders where a bloody incident on 15 June, triggered by Chinese troops, has led to a military face-off.

In 1962, the then Prime Minister Jawaharlal Nehru, according to publicly available information, wrote to the US President John F. Kennedy through the US Ambassador to India John Kenneth Galbraith, requesting urgent military assistance in the face of the Chinese aggression. The wish-list included 12 squadrons of supersonic all-weather fighter aircraft and two squadrons of B-47 bombers, with supporting radar and personnel. Before a sympathetic US could provide substantial assistance, a ceasefire was announced.

During the 1965 India-Pakistan war, the US observed neutrality despite a close security partnership with Pakistan and placed an arms embargo on both countries. During the 1971 war, the then US President Richard Nixon and National Security Adviser Henry Kissinger sent the US Seventh Fleet’s Task Force, led by the nuclear-powered aircraft carrier Enterprise, to the Bay of Bengal and failed to convince China to open a new front with India. India’s nuclear weapons tests in May 1998 elicited sharp reactions from the US, as from Japan and Australia. But the US behind-the-scene role was instrumental in getting Pakistan to back off finally in the face of resolute military action by India during the Kargil war in 1999. Ties with India could not be more different today, with the US having emerged as India’s biggest defence partner in terms of joint exercises and sale of defence equipment.

A scan reveals that US maps depict Kashmir as a disputed region with a tripartite division under the administration of India, Pakistan and China. Around the year 1968, US Government maps began to extend the Line of Control (LOC) between India and Pakistan beyond its terminus at Point NJ 9842 all the way up to the Karakoram Pass. This was tantamount to reflecting the Pakistani position on the Siachen Glacier. From around 1987 onwards, the US has corrected its position, terminating the LOC at Point NJ 9842. The US takes a neutral position on the sovereignty of the Siachen Glacier which is depicted as contested area though it is under Indian control and an integral part of its territory of Jammu and Kashmir.

It is noteworthy that maps of the Central Intelligence Agency (CIA) of the US depict the traditional boundary claimed by the former princely state of Jammu and Kashmir encompassing the trans-Karakoram Shaksgam tract ceded by Pakistan to China under their Boundary Agreement of March 2, 1963. In depicting the Shaksgam tract, the US maps clearly state that this is “territory ceded by Pakistan to China in 1963 and never recognised by India” (Map 1). The US depicts Aksai Chin as disputed territory while unequivocally recognising Arunachal Pradesh as an integral part of India (Map 2).

Today, the US and India enjoy a Comprehensive Global Strategic Partnership with wide-ranging cooperation in every conceivable field. India-US defence ties are deep and expanding, with several key agreements for the exchange of military information, logistics support and communication. The recently concluded Industrial Security Annex (ISA) is expected to spur cooperation for Make In India in the defence sector. The US has been supportive of India’s position in the ongoing border tensions with China in Ladakh. US Secretary of State Michael Pompeo conveyed condolences and supported the peaceful resolution of the border issue. Assistant Secretary of State for the Bureau of East Asian and Pacific Affairs David R. Stilwell, went further by criticising China’s actions vis-à-vis India, the South China Sea and other issues.

India and Australia have also drawn increasingly closer in recent years. Economic and strategic ties have been strengthened as reflected in the outcome documents of the virtual summit between Prime Ministers Narendra Modi and Scott Morrison held on June 4, 2020. Defence and security ties are a cornerstone of the Comprehensive Strategic Partnership (CSP). Joint naval exercises such as AUSINDEX and KAKADU, the Indian Air Force’s (IAF) participation in Australia’s Pitch Black exercise, and the conclusion of a Mutual Logistics Support Agreement (MLSA) in particular, will contribute to the strengthening of defence cooperation. The Joint Declaration on a Shared Vision for Maritime Cooperation in the Indo-Pacific will provide a fillip to Maritime Domain Awareness (MDA) activity involving submarines and P8 maritime patrol aircraft of the two countries. The ‘two plus two’ dialogue, upgraded to the ministerial level, augurs well for the future of ties. On the border tensions with China, the Australian government has conveyed its condolences to the families of Indian soldiers who lost their lives in the clash at Galwan.

The official tourist map produced by Geoscience Australia, available through the website of the Department of Foreign Relations and Trade (DFAT), depicts Pakistan Occupied Kashmir (POK) as a part of Pakistan, Jammu & Kashmir and Arunachal Pradesh as part of India and Aksai Chin as a part of China (Map 3). Australia’s stand on Aksai Chin differs from that of the US government which depicts it as a disputed territory. Also, in marked contrast to the US, the Australian map arbitrarily extend the LOC of 1972 beyond Point NJ 9842 to the Karakoram Pass, thus mirroring Pakistan’s spurious position on the Siachen Glacier.

Japan is today unquestionably one of India’s closest friends with a robust Special Strategic and Global Partnership that encompasses economic and defence cooperation. One of India’s biggest investors, Japan is present in virtually every large infrastructure and developmental project in India. It is a permanent partner since 2015 in the tri-lateral Malabar naval exercise, along with India and the US. A military logistics agreement, known as the Acquisition and Cross-Servicing Agreement (ACSA), is under discussion. Moreover, the personal friendship between Prime Ministers Narendra Modi and Shinzo Abe has truly deepened mutual trust. Recent efforts to decouple Japan’s economy from that of China are not going to substantially alter the reality that the Japanese and Chinese economies are strongly intermeshed and expected to remain so, especially when economic contraction occasioned by the COVID-19 pandemic is a common scourge.

Despite growing tensions with China over the Senkaku Islands, Japan’s ties with China, in fact, have thawed in recent years. In the past, Japan had a close relationship with Pakistan, fostered through years of intimate cooperation during the Soviet occupation in Afghanistan. Even today, Pakistan frequently tries to tap into the lingering sympathy for Pakistan in political, bureaucratic and media circles in Japan.

Like the Australian map, the official travel advisory map carried by the website of the Ministry of Foreign Affairs of Japan inaccurately shows the Karakoram Pass as the terminal point of the LOC, instead of terminating at NJ 9842 (Maps 4 and 5). It too depicts Aksai Chin as an integral part of China without indicating its disputed status, unlike the US depiction of Aksai Chin.

In a statement issued after the June 15 clash between the Indian and the Chinese troops in Galwan, the spokesperson of Japan’s Ministry of Foreign Affairs expressed hope that the “situation will be resolved peacefully through dialogue between the concerned parties”.  Japan’s Ambassador to India, H.E. Satoshi Suzuki, stated in a tweet on 3 July that Japan “hopes for a peaceful resolution through dialogues”. More relevantly, he emphasised that “Japan opposes any unilateral attempts to change the status quo”.

The US, Japan and Australia are today among India’s closest friends and partners, with growing economic cooperation and deepening defence and security ties. Hence, projections by strategic partners of India’s boundaries and territorial claim lines assume a deeper salience especially in light of a convergence of interests in the unfolding geostrategic landscape of the Indo-Pacific.

How far the relationship between India and Australia has been transformed can be judged from the period in which Australia had close security ties with Pakistan in the framework of the Southeast Asia Treaty Organization (SEATO), a regional defence organisation that existed from 1955 to 1977. During subsequent decades, Australia was seen as tilting towards Pakistan.

As China’s economy began to envelop the world, Australia’s commodities-based economy became heavily reliant on the Chinese market. In recent years, Australia has tried to shake off strategic Chinese investments and influence-peddling in Australia by undertaking a thorough review of the insidious impact of Chinese policies on its national security interests. In keeping with its true character, Australia has been remarkably bold in calling out China on the issue of the origin and spread of the coronavirus. Even so, the fact cannot be glossed over that with 30 per cent of its exports destined for China, Australia remains heavily dependent on it for economic prosperity.

There is no gainsaying that the US, Japan and Australia are close strategic partners of India and have generally adopted helpful positions in regard to core issues of concern for India such as terrorism and the constitutional changes in Jammu and Kashmir. Considering that the US, Japan and Australia have a growing convergence with India on the geo-strategic changes underway in the Indo-Pacific, it is an appropriate moment for them to address legacy cartographic anomalies in their maps. In the case of Japan and Australia, a beginning could be made by them to depict the LOC accurately on their maps, terminating at NJ 9842. It will bring their position in line with that of the US. After all, even the United Nations (UN) map depicts the terminal point of the LOC at NJ 9842 (Map 6). 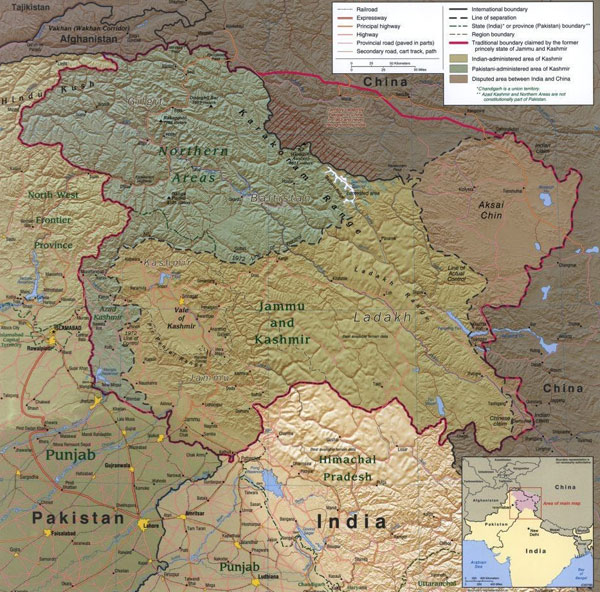 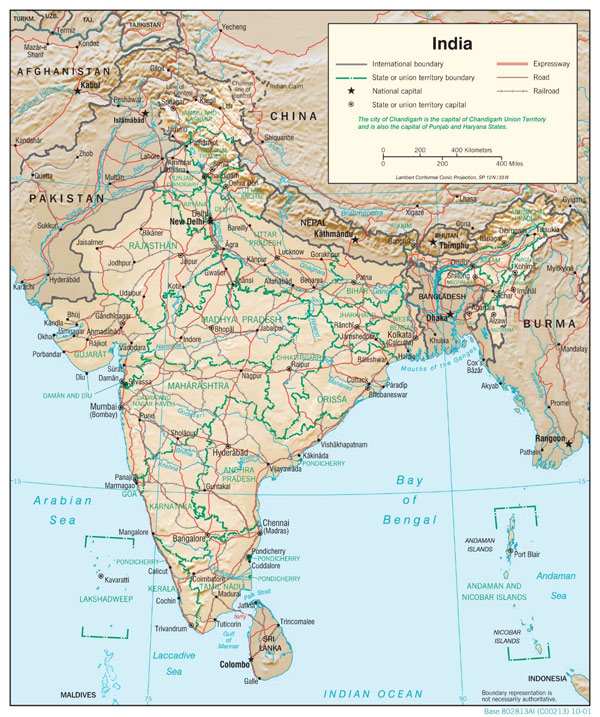 Map 4: Map of Ministry of Foreign Affairs of Japan 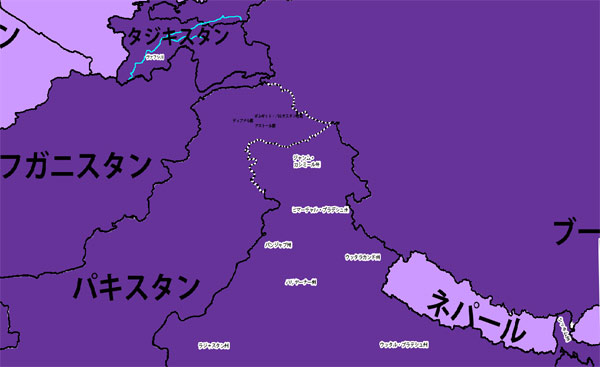 Map 5: Map of Ministry of Foreign Affairs of Japan 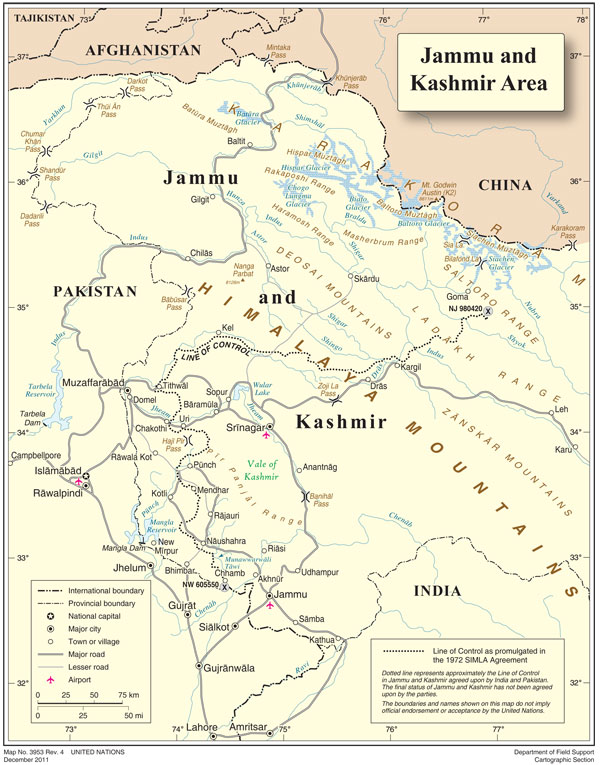 The author is a former Ambassador of India to Japan and currently the Director General, Manohar Parrikar Institute for Defence Studies and Analyses, New Delhi.

The World This Week: Erdogan converts Hagia Sophia into a mosque + two other issues
Let’s think outside the Corona Box