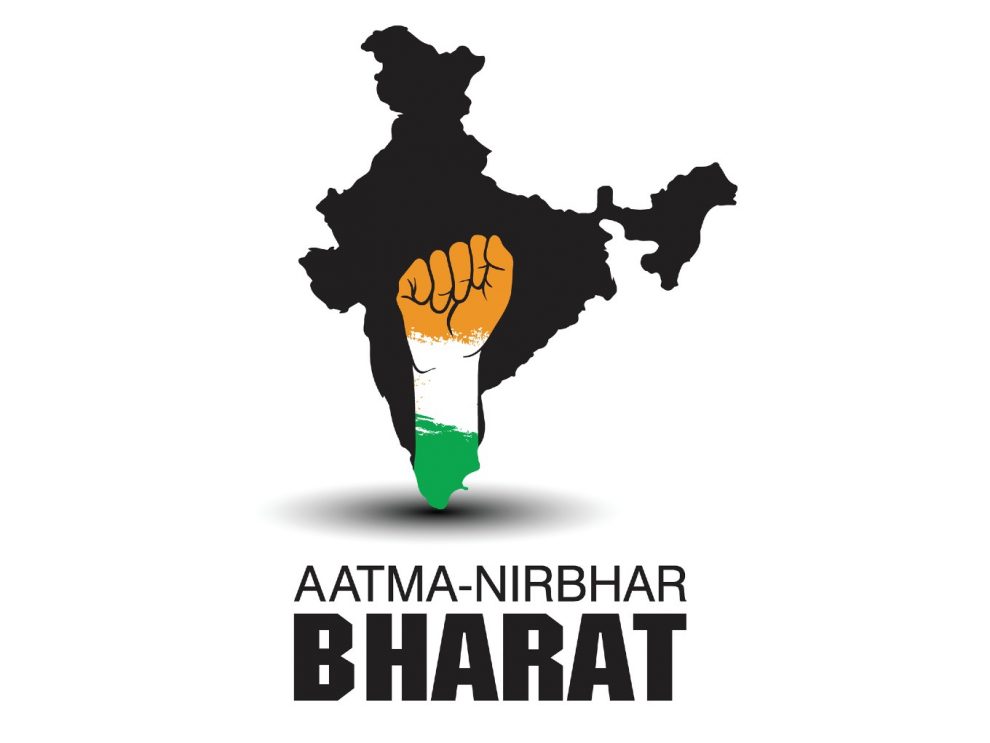 The call for a self-reliant India is not aimed at encouraging protectionism or isolationism, but for adopting a pragmatic developmental strategy in order to enable the country recognise and capitalise on its inherent strengths. India has come to be known as one of the IT superpowers of the world because of its talented professionals and technology experts who are occupying leadership positions across the globe.

In recent weeks, Prime Minister of India, Shri Narendra Modi delivered two significant speeches outlining his long-term vision for the economy. The first speech was a part of the context-setting for the stimulus package subsequently announced by Finance Minister, Smt. Nirmala Sitharaman. On the other hand, the second speech was an address to the annual session of Confederation of Indian Industry. In both the cases, the Prime Minister emphasised on the idea of Atmanirbhar Bharat (self-reliant India).

It is important, at the very beginning, to illuminate that this idea of self-reliance is not about a return to Nehruvian import substitution or autarkic isolationism. The Prime Minister emphasised that his vision includes active participation in post-COVID global supply chains as well as the need to attract foreign direct investment (FDI). Similarly, it should even be clear that it’s not a return to Licence Permit Raj and Inspector Raj of the socialist era. Faraway from suggesting a centralised, top-down model directed from the ‘commanding heights’ of the Planning Commission, the Prime Minister spoke of liberating Indian entrepreneurship and innovation from bureaucratic hurdles. This is about decentralised localism that takes pride in local brands, emphasises resilience and adaptability, and encourages local capacity-building and indigenisation.

A decentralised system, where economic entities are expected to be self-reliant, requires a generalised system of social trust and therefore, the ability to enforce contracts. In turn, it implies a need to carry out administrative reforms and, more specifically, reform of the legal system.

Self-reliance implies that product and factor markets are made flexible in order to allow the Indian economy to adapt to the problems and opportunities of an emerging post-COVID world. Thus, there is an unapologetic commitment to privatisation of non-strategic public sector entities, opening up of new sectors like space to private investment, decriminalisation of most aspects of corporate law, greater flexibility in labour laws, and so on.

Nonetheless, the above emphasis on flexibility and personal endeavour should not be confused with a completely laissez faire market economy. Self-reliance also means a commitment to resilience at multiple levels i.e., at a national level, an industry level, and at an individual level. The incentive structure of defence procurement has been changed to encourage indigenisation even as foreigners are encouraged to manufacture in India.

The same idea of resilience, when applied to individuals and vulnerable social groups, calls for the creation of safety nets. This explains the effort to create a health insurance system (Ayushman Bharat), and the direct benefit transfer mechanism based on Jan Dhan-Aadhar-Mobile. It also explains why labour reforms emphasise flexibility on the one hand, but on the other hand are also pitching for more stringent norms for safety and working conditions.

A decentralised system, where economic entities are expected to be self-reliant, requires a generalised system of social trust and the ability to enforce contracts. In turn, it implies a need to carry out administrative reforms and, more specifically, reform of the legal system. As argued repeatedly in recent Economic Surveys, the inefficiencies and delays of the legal system are now the single biggest hurdle to economic development. This is not just about the judicial process but the wider ecosystem of rules, regulations, policing, investigation and so on. It is not a coincidence that Prime Minister Modi had clearly mentioned “Law” as one of the pillars of his vision.

The lurking behind the eloquence of “self-reliance” is an attempt to reorient the economic structure towards ensuring “self-sufficiency” by falling back on the decades-old failed policy of import substitution. Subsequent calls by the Government to citizens to buy Indian, and the setting up of “targets” towards building self-reliance in certain sectors so that “unnecessary” imports can be reduced, indicate that the shift towards protectionism, that began over the past few years with the NDA government raising tariffs, threatening to undo decades of trade liberalisation, may be underway.

Protectionism ends up creating an inefficient and high-cost domestic manufacturing sector, while leading to poor allocation of resources. The Indian experience of the second half of the last century should have provided enough proof to drive this point home. Such a policy stance helps neither consumers nor producers. Yet, it is almost as if policy-makers are choosing to forget the lessons learnt, and are determined to ignore the immense economic benefits to the country and citizens post 1991. In all likelihood, tariff hikes will be the first line of defence against “unnecessary” imports. Once this door is opened, it creates space for lobbying by domestic players to keep in place the protections, which, once imposed, will not be removed easily.

A more appropriate policy response is to focus on boosting competitiveness i.e., building infrastructure, ensuring cheap power, reforming land and labour markets, and creating conditions for companies to compete in global markets. India should be striving to embed itself in global value chains, not becoming more inward-looking. Companies, especially in the post COVID world, looking to shift away from China, will look for policy stability. They are unlikely to relocate to countries that are susceptible to sudden tariff impositions. Further, as research has shown, India’s trade balance has widened in part due to imports of raw materials, intermediate products, and capital goods, implying that the imposition of tariffs will also hurt export competitiveness. India needs to raise its share in world trade beyond 2 percent. Doing so requires greater trade liberalisation. The country needs to reduce tariffs, be part of trade agreements, instead of heading down on a slippery slope in the opposite direction.