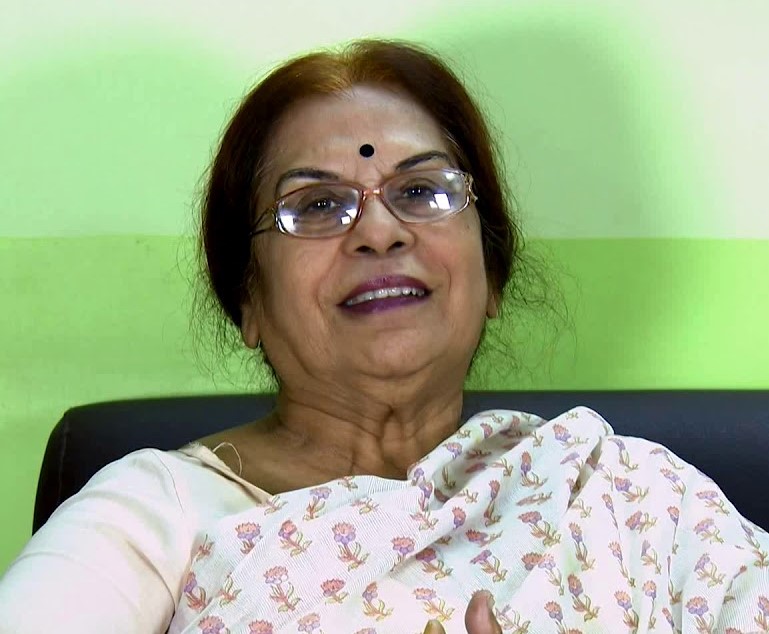 A.K.B had told her to come for the coaching once every week during the summer vacation. Sreela also had been asked to do so.

Anuradha said, ‘How extremely lucky you are Koli! You must, however, share whatever notes and suggestions A.K.B gives, with us.’

Koli cheerfully replied, ‘Hang on, let me go first. During the summer break, I cannot leave home without Baba’s permission. That is my primary concern.’

Peering at her through the gap in his spectacles, Baba on hearing the proposal, asked, ‘How old?’

That is when Koli realised that Baba was asking about A.K.B’s age. She said, ‘Oh, around fifty years, I guess. How would I know?’

‘I don’t know. His daughter studies with us.’

‘Oh. Okay, you can go if you want. Though, what you will gain by becoming so learned, I do not know.’

There was no need to listen any more. Koli ran to change her clothes.

A.K.B lived on Baithak Khana Road. There was a huge room on the first floor. It was stuffed from floor to ceiling with books. As expected, Sreela hadn’t turned up. The teacher, considering her a good student, had wanted to help her but Sreela herself was not interested. She had said, ‘Dhoot! Catch me stepping out in this scorching heat! If I lie down under a fan, with an absorbing story book, that might pay more dividends in the end.’

Not seeing Sreela, A.K.B was a little disappointed. He said, ‘The girl is too much of a shirker. Just like my own daughter. She would surely get a first class if she took a little guidance.’

Of course, sir’s daughter Arundhati also came and sat down.

A.K.B said, ‘Look, boys and girls, I have three different sets of notes. According to a students’ retention capacity, I give out the notes. In this present batch, Arundhati is entitled to grade B notes. Even though she is my own daughter, she will have to swallow this slightly bitter pill.’

Arundhati parted her lips and retorted, ‘Who wants your A grade notes? Give me the B grade ones only.’

‘No, no, no, no,’ A.K.B shook his head. ‘You cannot get by so easily, dear girl. You have to accept this hard and severe treatment. This is your fate.’

Parimal was laughing. He said, ‘Sir, may I see what the difference is?’

Without listening to him, A.K.B said, ‘The C grade is for the ordinary students. The B grade is for those students who have knowledge of the language but no conceptions. Needless to say, that the A grade is for the ambitious, hard-working and intelligent students. However, there is one rule—these notes are not for distribution amongst your friends.’

A.K.B was still speaking, ‘Why? I have already told you— ability to comprehend and absorb varies. Hence, dear boys and girls, be on your guard.’

Leaving a sheaf of typed papers with Parimal, A.K.B left. Parimal would dictate, the others would take it down. Koli had also to make a carbon copy for Parimal. At approximately 3–3:30pm in the afternoon, sir came and explained the underlined passages. He gave Koli and Parimal two books. After which, the session ended for that day.

Stuffing the books into her bag, Koli stood up, her heart beating fearfully. Now Arundhati would go inside, and sir would see them off near the head of the staircase. She would now step outside onto the road alone with Parimal. No girl of the Bhattacharjee household had possibly been in such a situation before. Once on the road, she lowered her face and started walking towards home.

Parimal called out to her from behind, ‘Listen, please!’

Koli came to a standstill without turning around.

Parimal said, ‘You did not give me my copy of the notes.’

‘Oh, I completely forgot.’ Koli turned red. Quickly she took out the carbon copy from her bag.

‘You are amazingly selfish, aren’t you!’ Parimal’s voice was full of mirth. ‘Considering all the time I spent dictating all these notes, aren’t I entitled to the original copy at least, as a reward?’

Koli was really embarrassed, and quickly took out her own handwritten copy.

Parimal said, ‘Well, at least I have now obtained your handwriting. You would never have given it to me had I just asked for it.’

Koli said, ‘My handwriting? What will you do with that?’ Her voice was full of agitation and it was clear she was having palpitations of fear.

‘If nothing else, at least one got to hear your voice clearly, owing to this,’ said Parimal. ‘What can I possibly do with your handwriting? Handwriting, after all, is not a food item. It will remain in my file, and I will feel good about it.’

Koli looked up quickly. She remembered Anuradha’s teasing and leg-pulling and soon after recalled Baba’s and then Shejda’s faces. Suddenly, she twisted her body sharply in the opposite direction. It was not possible to run. If it had been, she would have done so instantly.

As soon as you crossed the main door, the drawing room was to the left, and on the right was Baba’s office room. Baba had lately reduced his going to court. Koli could hear her father’s friend Harihar Kaku’s voice in the drawing room.

Excerpted with permission from A Plate of White Marble, Bani Basu, translated from the Bengali by Nandini Guha, Niyogi Books. Read more about the book here and buy it here.

Join The Dispatch Whatsapp Group to stay updated
The Dispatch is present across a number of social media platforms. Subscribe to our YouTube channel for exciting videos; join us on Facebook, Intagram and Twitter for quick updates and discussions. We are also available on the Telegram. Follow us on Pinterest for thousands of pictures and graphics. We care to respond to text messages on WhatsApp at 8082480136 [No calls accepted]. To contribute an article or pitch a story idea, write to us at [email protected] |Click to know more about The Dispatch, our standards and policies
TagsA Plate of White Marble Bani Basu Nandini Guha Niyogi Books Swet Patharer Thala Translation

Nagrota Encounter: A critical appraisal of Pakistan’s intent and our response
DDC polls are for local issues, not for ‘bigger’ political problems, say voters in Ganderbal
Comment