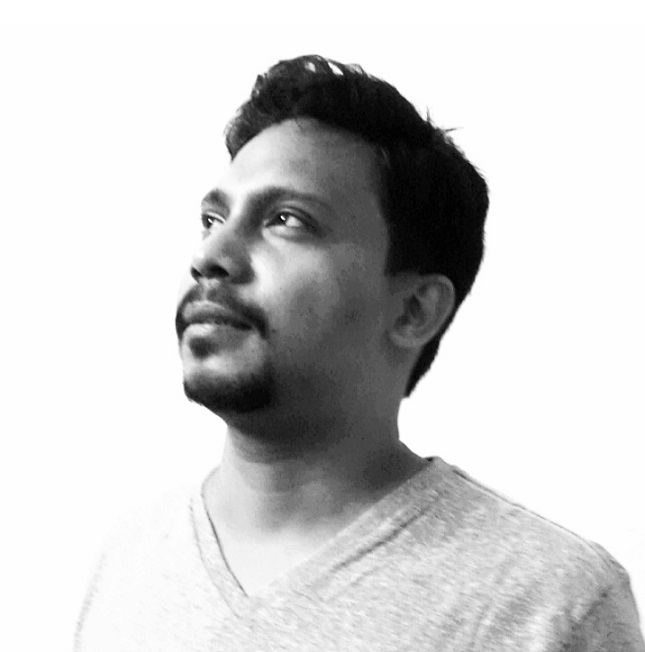 The Meteorological Department in Bhubaneswar had formally announced the exit of cyclone Hudhud from Odisha the previous day. But its effect was still visible – overcast weather accompanied by infrequent drizzles characterized the day. However, the atmosphere at Pradip Panda’s chamber on the evening of 15th October was nothing less than a storm. The lawyer was completely taken off guard by his client’s sudden visit – an awkward situation prevailed where neither could he avoid them nor he had any status to update. Sumit made it very clear that without a High Court order on his last petition, he wouldn’t be leaving the city. Enough of assurances had been given in the past month, it was time for some real action. To tackle his client’s rigidity, Panda asked the father and son to visit next evening.

With almost zero faith in their lawyer’s assurance, Sumit looked up Google for an alternative and after scanning across half-a-dozen of lawyers from Bhubaneswar, he narrowed down on Saxena & Associates headed by Umesh Saxena. The law firm’s website was professionally maintained and had details of the members’ qualification, years of experience, area of specialization and practicing courts. Saxena was an L.L.M. with nineteen years of experience across session court, Orissa HC as well as the Supreme Court. Without wasting time, Sumit called up his office at Saheed Nagar and fixed up an appointment.

At the office of Saxena & Associates, a law intern took their basic details before Advocate Umesh Saxena attended to them. Sumit narrated his side of the story yet again, but this time maintained a balance – emphasised more on the current concern and gave an overview for rest of the events. The lawyer condemned the allegations levelled against the Ghosh family and agreed to help Sumit in waiving off the bail condition, provided Panda gave an NOC, without which it would be difficult for any lawyer to take up the case.

“I’ll try my best, but I can’t guarantee. I’m sure Panda will object to this” was Sumit’s submission to the new lawyer.

“In the meantime, why don’t you give me your case number? By today evening I’ll let you know the exact status of the same.” Saxena suggested as the visitors rose to leave.

“In that case, you’ve to appear before the judge and give a declaration about appointing me as your lawyer for this specific case. We’ll be able to carry on from there.” Umesh smiled at Sumit.

Satisfied with Saxena’s inputs, Sumit left his office and started preparing to drop the bomb of NOC on Panda when he would visit him in the evening. Meanwhile Panda was on a back foot and grappling runny waters. He hadn’t utilized the fees paid to him in advance. Instead, he filched the entire amount and assumed that the petition would get listed automatically. He cooked up stories of the bench clerk being on leave and kept buying time from Sumit. In the process, he didn’t realise that a month had already passed by. Sumit, who had had enough of Birmirpur police’s mistreatment, decided it was time to talk tough.

“Sir, are you finding it difficult to list the case? What exactly is the problem?” asked Sumit with a grim expression.

“No problem at all, just that it’s taking some time.” Panda casually replied.

“I’ve waited for one month, yet nothing has progressed. Let me tell you that I ignored your advice and have appeared before the IO twice in last thirty days. Instead of helping me out, you’re further complicating this case. I’ve been a matter of joke to those police officers at Birmirpur, and it’s all because of you.” Sumit took control over his temper, calmed down a bit and politely continued – “I don’t want to overburden you with this case anymore. You might be having other important cases to concentrate on, so you carry on with those. My only request to you is to sign an NOC, so that I can engage another lawyer for myself.”

For a moment there was pin drop silence at Panda’s chamber. The senior lawyer never expected his client to take such a drastic step. He was happily milking Sumit for funds and planned to continue the same. Signing the NOC would hurt his ego, his client deserting him mid-way would rupture his reputation…a swirl of thoughts crossed his mind. Slowly he removed his specs, kept it on the table, looked straight at Sumit and uttered rudely “I am not giving you any NOC, do whatever you can.”

“Fair enough. If that’s the stand you want to take, then tomorrow I’llplead before the honourable judge and seek a replacement.” Sumit responded gently.

That drove the lawyer furious. Panda pushed his chair back, stood up and threatened Sumit “Do you know, whom you’re dealing with? I can finish you. You won’t be able to win this case ever. How dare you come to my place and ask for a NOC signature?”

“Don’t raise your voice Mr Panda. You’ve been exploiting us since day one. Inspite of knowing this we kept mum. We weren’t in a favourable condition to fight all these anomalies. We were completely distressed; we’ve never faced such crisis in our life. We came to you for legal aid and you kept squeezing us for money. Please have some professional ethics, you’re a family man and have your children – God forbid, if you ever face such crisis, would you be appreciating somebody taking full advantage of the situation? And when your greed overtook your morality, you scripted a fiction in the name of Mr Basak. For your kind information, here’s our call recording. Well, if I use these evidences and complain at the Bar Council, I’m sure your license will be seized. Even if that doesn’t help, media houses are always news hungry and I am sure this piece is quite meaty for a primetime slot. Now let me ask your question to you – do you know, whom you’re dealing with?”

The red-faced lawyer stormed out of the room leaving Sumit and Sushil waiting on the sofa below a revolving ceiling fan that witnessed the evening’s dramatic turn of events. Quite expectedly Panda’s junior walked into the room and pretended as if he knew nothing. Shrikant tried to understand the reason behind the fallout. Sumit was in no mood to repeat it all, so asked him to get a download from Panda himself. Soft spoken Shrikant tried to mend the differences and find a way out.

“I learned that you’re unhappy with Panda Sir. But you should also understand the fact that in legal matters there are a few interdependencies…”

Excerpted with permission from The Bitter Half: A Dichotomy of Trust & Betrayal, Simon, Leadstart Publishing. Read more about the book here and buy it here.

Join The Dispatch Whatsapp Group to stay updated
The Dispatch is present across a number of social media platforms. Subscribe to our YouTube channel for exciting videos; join us on Facebook, Intagram and Twitter for quick updates and discussions. We are also available on the Telegram. Follow us on Pinterest for thousands of pictures and graphics. We care to respond to text messages on WhatsApp at 8082480136 [No calls accepted]. To contribute an article or pitch a story idea, write to us at [email protected] |Click to know more about The Dispatch, our standards and policies
TagsContemporary Fiction Leadstart Publishing Simon The Bitter Half

“Elegy for the East”: This book explores postcolonial ethos and angst in the sylvian countryside of Assam
Burglars break into ATM kiosk in Natipora, decamp with Rs 9,91,900 cash
Comment