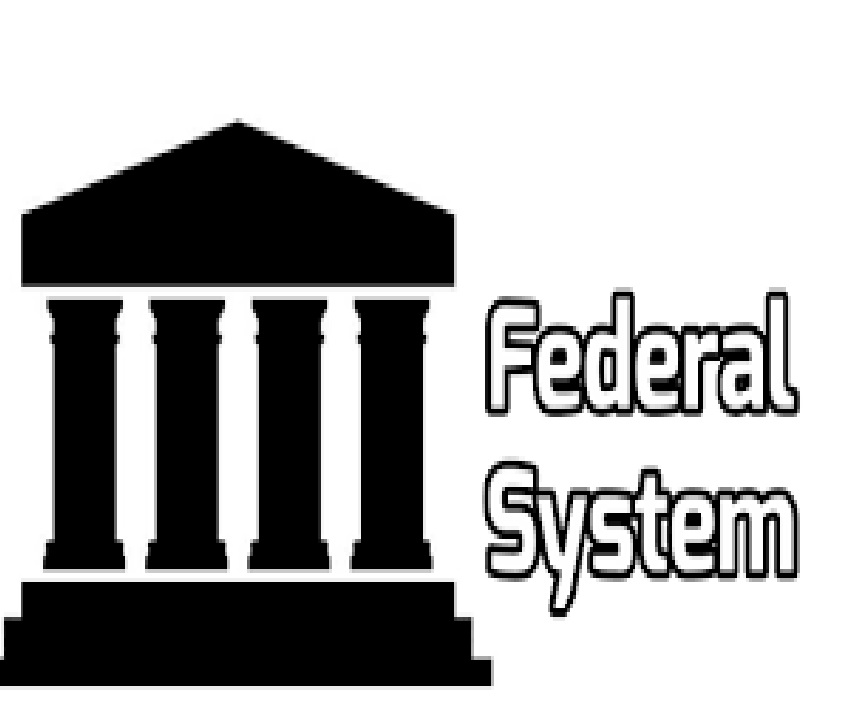 The Constitution of the Republic of India is federal; it is the union of the states that makes the Union of India. Most large countries and some not so large are federations; well-known examples are Canada, Australia, the United States, Brazil and the Federal Republic of Germany.

The essence of federalism is that the legislative and executive powers of the federal and State governments are clearly set out in the Constitution; neither has the right to go beyond the jurisdiction so determined. A federal structure in a democratic state implies that at various times there will be — in most countries there are — different parties in power at the Centre and the States. With Republican President of the United State today, for example, more than half the States of the Union are governed by Democratic Governors. The same difference of parties in power is true, and always has been true of all federations; it is seldom that all the States and the Federal government have governments of the same party.

The complaint of the States in India – and a legitimate complaint it is — is that the Centre has gradually been encroaching upon the powers guaranteed to them by the Constitution and thus reducing their autonomy. From time to time, this feeling becomes acute and demands are made for more autonomy. The extreme case of this demand today is to be found in the Punjab where that demand is not only extreme but expressed in extreme form.

This tendency to encroach on the autonomy of the States is highly dangerous for the unity of India. This is because Indian nationalism does not as yet have that kind of overpowering loyalty among all the people of India as it does in smaller and more homogenous countries. India is a diverse country; its basic political unit, to which emotional loyalties are attached, is the linguistic group. This corresponds today to the boundaries of the States. (The only exception is the Hindi-speaking area; this is divided into States more for administrative than political reasons). Each State guards zealously that portion of its sovereignty which is ensured to it by the Constitution.

Any attempt by the Central Government to reduce it causes an anti-Centre feeling. In political terms, the Centre is synonymous with India; “India” is then seen to be attacking the “identity” of Tamil Nadu, Andhra, Punjab or whatever.  The Founding Fathers and the members of the State Reorganization Commission were wise enough to realize that if the political unity of India was to be maintained it could only be done by guaranteeing the autonomy of that political unit to which the people were genuinely and emotionally attached. Any going back on those guarantees would be dangerous for our unity. The attack on State autonomy reached a crescendo in 1977 when the Janata Government advised the President to dismiss the Governments and dissolve those Assemblies of the States where the Congress-I was in power on the ground that the federal elections had shown that those Governments no longer enjoyed the confidence of the electors. This advice was clearly unconstitutional; the only ground on which the President could take the action was if he was satisfied that the Government of the State could not be carried on under the Constitution (Art. 356); this condition was clearly not fulfilled.

The acting President, Mr. B.D. Jatti, succumbed to the threat of the Prime Minister, Mr. Morarji Desai, to resign if he did not accept this advice; a very unfortunate precedent was set by which the victory of one party in the federal elections gave the Centre the right not only to encroach on the autonomy of the State Governments but to abolish them altogether. The Supreme Court to which the issue was referred did not face it. Instead, it escaped by dismissing the case on technical grounds. The impression in the lay mind is, therefore, that such dismissal of the State Governments is Constitutional. As was to be expected, the Congress-I eagerly followed the precedent when it came to power in 1980.

This precedent inflicted an exceedingly serious wound, though not mortal one, on the autonomy of the States. That mortal would has now been inflicted by the Union Government advising the President (and the President accepting this wholly unconstitutional advice) to ask for the resignation of all the Governors of all the States. The present Home Minister is on record as saying that the Governors “represent” the Government of India, and, therefore, must be “in tune” with whatever party happens to be in power at the Centre.

The Governor represents not the Government of India but the State of which he is the Head. His oath of Office requires him not to look after the welfare of the people of India but “to devote (him) self to the service and well-being of the People of (his) State”.

It could not possibly be the whim of the Government at the moment in power in Delhi for that would make nonsense of the whole institution of the office of the Governor. It is a pity that neither the Home Minister nor the President chose to ask the Attorney General of India (who is the highest legal advisory authority in the country) on the Constitutional validity of the action proposed to be taken. It would surprise me greatly if a man of Mr. Soli Sorabji’s known constitutional knowledge and unimpeachable integrity could possibly have held that the removal of the Governors was Constitutional simply because the Government at the Centre had changed.

The true function of the Governor is to represent not the Centre but the people of his state and to fight their battles with the Centre; not vice versa. He has to be “in tune” not with the party in power at the Centre for the time being but with his own people as represented by their elected representatives. He must necessarily, in giving advice to his Chief Minister and Cabinet, which is really his most important role, bear in mind the national interest — which is not always coincidental with the interests of the party in power whether at the Centre or in the State. It is for this reason that it has been stressed repeatedly (and the latest authority is the Sarkaria Commission) that Governors should never be active politicians but men of eminence who can distance themselves from the eternal battle of party politics.

Where the office of the Governor has been abused by the appointment to it of active serving politicians, it would have been fitting for the President to have withdrawn his pleasure. But to ask for the resignation of all the Governors of all the States is to reduce that office to that of a party hack. Now that the precedent has been set that Governors hold office at the pleasure of the party in power at the Centre, the Governors becomes an agent of the Central Government. His function becomes, contrary to his oath of office, looking after the interests, not even of the Centre but of the party in power at the Centre. He becomes, in effect, an opponent of State autonomy.