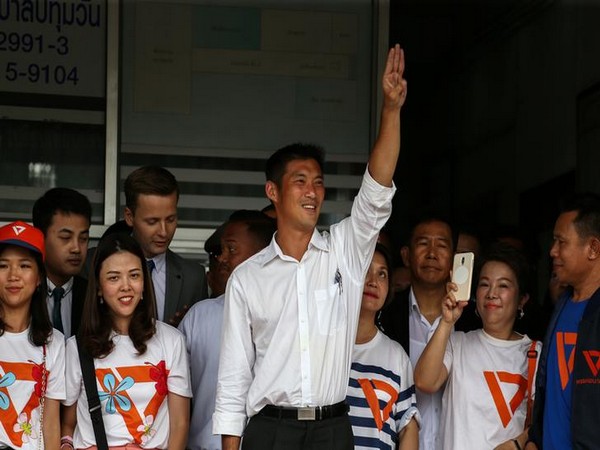 Thailand’s Constitutional court on Wednesday accepted a petition seeking the dissolution of the Future Forward Party (FFP) in opposition over a sum of money that has been publicly declared by the party as a “loan” but apparently interpreted by its accusers as an illegal “donation”.

The court accepted the petition lodged by the Election Commission in pursuit of its possible verdict which might lead to the sought-after disbandment of the opposition party, given the allegedly illegal “donation” amounting to 191 million baht (about USD 6.32 million) provided to it by party leader Thanathorn Juangroongruangkit, 41-year-old billionaire, Xinhua news agency reported.
No political party is allowed to obtain more than 10 million baht (about 331,000 U.S. dollars) in cash donation from any individual, according to the political party law.

Thanathorn and his party had earlier insisted that the money was merely a “loan” provided to finance their party’s electoral campaigns for the March election.Whereas, five out of the seven members of the Election Commission concluded that Thanathorn would not anticipate a repayment of the loan money from his own party in the first place, thus dismissing the claims that it was just a “loan”.

The members of the Election Commission apparently believed the FFP leader had merely intended to provide campaign finance for his own party but that sum of money was far beyond the 10-million-baht limit by law.

Without a conventional canvasser to help with its first-ever electoral campaigns or a former parliamentarian to seek re-election under its tickets, Thanathorn’s party came off as the third largest one winning 80 seats during the general elections in March.The controversial election, which saw Prayuth Chan-Ocha, a former military ruler, return to power as civilian prime minister, was termed as “rigged” and a “sham” by the FFP supporters.

Thanathorn’s party has been given a 15-day time in order to defend itself in writing to the court.Meanwhile, the court is scheduled to pronounce its decision over the party’s disbandment on January 21.Political analysts view that Thai authorities consider Thanathorn and his progressive agendas as a significant threat to the prime minister.FFP opponents argue that the party violated electoral laws and should be dissolved.

Late last month, Thanathorn was stripped of his parliamentarian status after the Constitutional Court found him to have broken election rules by holding media shares while campaigning in the election. Thanathorn, the scion of a billionaire car parts maker, had however denied such charges.The military-backed establishment has filed 28 legal cases against FFP since its launch in March 2018, with Thanathorn also facing allegations of sedition, among others.