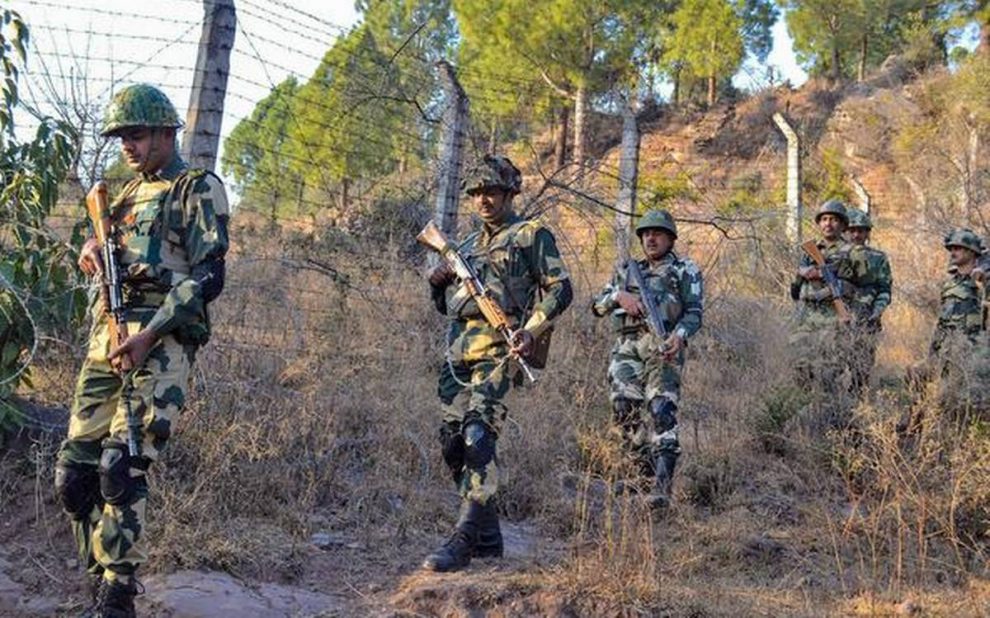 It was a tumultuous week. In the first, the ice cracked as Prime Minister Modi met with back-from-the-cold mainstream J&K leaders on how to reduce “Dil ki doori, Dilli se doori” and begin a new phase of reconciliation. In the other, a first-of-its kind drone attack the Jammu Air Force station was hit by two improvised explosive device exploding injuring two personnel Sunday. Another attack was fobbed by Army troops over the Ratnuchak-Kaluchak military areas Monday, heralding a new terror challenge. Paradoxical, as every peace initiative in the Valley engenders an offensive response from across the border.

New Delhi suspects it is the handiwork of Pakistan’s Lakshar e Toiba and a part of Islamabad’s nasty asymmetric strategy of new-age cheaper militancy, less labour-intensive and high-visibility warfare which it can deny and lowers the risk of India unleashing a Balakot type retaliation or force it into a costly, massive military deployment.

This is not the first, nor the last attack. Security sources assert they have fobbed of 300 drones couriering armaments, explosives and drugs along the LoC post the 2019 abrogation of Article 370. Recently, Punjab police recovered two crashed drones near the border, allegedly used for ferrying weapons and ammunition to Khalistani groups. It was only a matter of time before terrorists used these for aerial strikes from the safety of stand-off distances.

Perhaps terror backers across the border wanted to send a message about their ability to attack high security defence installations along-with their adroitness in using technology to inflict damage. Underlining the terror apparatus is still active and will not be sidelined by dangling an olive branch, as they would resort to what they specialize in —- violence.

Undeniably the drone attack has not just opened a new chapter in India’s continuing tryst with terrorism but also an innovative and dangerous phase in warfare in South Asia. True the two low-intensity bombs couldn’t do much damage yet it underscores there is no quick-fix solutions against this terror uniqueness.

Security experts aver drones are perfect warriors against Indian targets which can be fired from within the country and closer to the target the launch pad is, more difficult it would be to detect and neutralize, especially if they are dumped in dozens. It kills without remorse, obeys without any questions and never reveals the names of its masters.

Unless each attack drone whether it flies in isolation or in formation of tens, hundreds or thousands, can be neutralised or diverted by deploying counter-techniques and technologies, which may come relatively cheaper in terms of costs, it would be akin to deploying elephants to stamp out ants — which might still survive!

Recall, the US “war on terror” in Afghanistan charted the future aerial trajectory of unmanned warfare through drone strikes. But it was the Iran-backed Houthi rebels attack on Saudi Arabia Aramco’s oil refineries in  September 2019 that made the world sit up to this new combat. This was followed by the US drone attack killing Iran’s military chief Qasem Soleimani in January 2020. In an eerie coincidence, imported as it has been from Syria and Iraq.

New Delhi has been flagging the threat posed by non-State players with State backing and Pakistan’s  dubious role which continues to follow Bhutto’s strategy of a ‘thousand-year war and bleeding India with a thousand cuts’ via low-intensity cross-border terrorism perfected by Zia ul Haq post the 1971 war which has made us perhaps only the second nation in the world to have faced continual terror attacks, after Israel.

Moreover, it realizes that together with Chinese encampment in the Galwan Valley and the drone attacks the future holds a long bleeding war for India, but without a battle and without India being able to point a finger at Pakistan before the international community. Yet there is no way the Indian State is going to lose, vow defence strategists.

Kashmir is a war which nobody is winning. Call it suspicion or trust deficit in Kashmiris for New Delhi policies or whatever, but the fact is that there is a huge Kashmiri population who do not like the Indian State. Many Muslims believe in the idea of Pakistan while others feel they do not want to be part of a Hindu majority State. Then there are those who have grievances but all have been caught up in the vortex of the ongoing war in Kashmir.

Add to this mainstream Kashmiri politicians who speak one language in New Delhi and another in the Valley. Resulting in deep mistrust of New Delhi whereby many vested interests want young Kashmiris to get radicalised. Pertinently, the Army’s Operation All Out launched in summer2017 to eliminate terrorists only gave rise to more militancy.

Confided a Kashmiri leader, “We know how to kill a terrorist, but we do not know how to stop an innocent boy getting radicalized as there are many vested interests in Kashmir which want young people to get radicalised. In madrasas, schools or mosques most teachers spew venom against the Indian State resulting in radicalization.

“Besides, there is a whole generation of young Kashmiris born after 1990 who have grown up amidst crackdowns by the Indian Army, CRPF soldiers or the J&K police. This has allowed soft separatism to prevail in the Valley. New Delhi needs to adopt a counter-terrorism approach wherein our security forces might know how to kill a terrorist, but are clueless on how to stop an innocent boy getting radicalised.”

Undeniably, war is not something that can be pussyfooted around and a conventional war is not in fashion today and neither is it seen as being able to deliver the objective. New Delhi has both soft and hard options. Soft are in the diplomatic, political and economic realm. Raisina Hill has to stay the course. Keep its backchannel dialogue with Pakistan  alongside  enhance its security and display political inclusivity and openness. What the spoilers don’t want.

With terror outfits rapidly adapting to technological advances attacks will get more sophisticated and deadlier. Drones could target civilian infrastructure like oil refineries and deliver biological or chemical weapons. New Delhi needs all its wits, military intelligence, resources, wisdom and restraint to ensure that it remains in control of the Indo-Pak script.

Consequently, New Delhi has its task cut out: thorough review of security preparedness across vital installations, modernise its military radar systems to discover small drones, develop offensive capabilities like swarm drones, pursue technological upgrades that disorient and disrupt drone communications. It needs more boots on the ground and high-tech solutions which can pre-empt the threat from the skies.

In the long run New Delhi needs to demonstrate a progressive political consensus on Kashmir and national security by sending appropriate messages. Kashmiri Parties and politicians alongside national leaders need to look at the bigger picture to insure they are on the same page. They need to collectively build consensus without which there could be no forward movement and  new beginning.

For any counter terrorism operation to succeed one must be focused on the vitals, keeping a watch on the essentials, deliberate and debate the options and leave the desirables till the vitals have been achieved and essentials addressed. The nation which has the wisdom to recognize the threat and will to turn it back survives.

Certainly, in this zero sum game staying ahead is the name of the game till the core issue of Kashmir is resolved. Let not any one ‘drone-out’ India with tall talk of bleeding India with a thousand cuts!