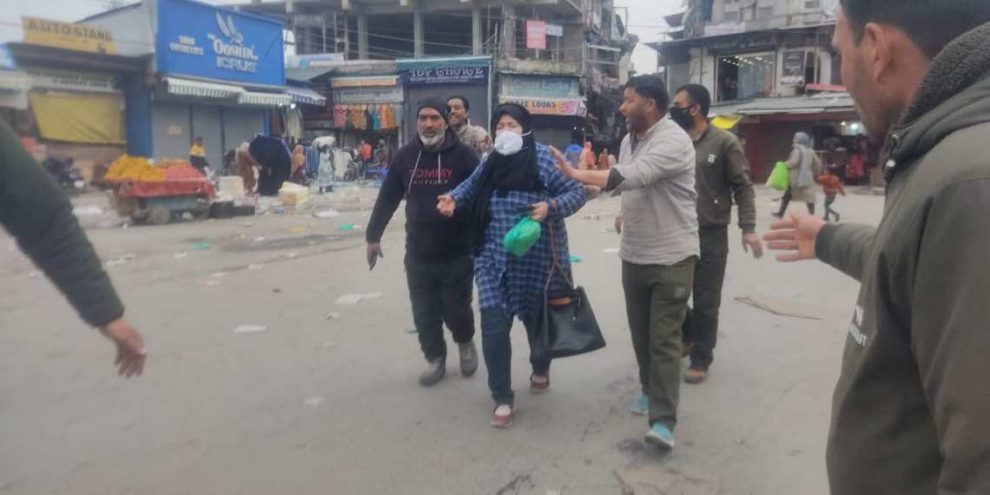 KATHUA: The Director-General of Police (DGP) Dilbag Singh Tuesday said that the terrorists responsible for a recent grenade attack in Srinagar have been identified and the case will be solved soon.

Two people, including a 19-year-old woman, were killed and 32 others injured when terrorists exploded a grenade in the crowded Hari Singh High Street, near Amirakadal, in the heart of Srinagar on Sunday.

“The enemies of peace are doing such kind of cowardly acts. We have achieved success against them in the past by busting all the modules created by the enemy forces to carry out civilian killings and throw grenades to harm the public,” Singh told reporters on the sidelines of a function in Kathua distirct.

He said any new terrorist module coming to the fore is being tackled and neutralised.

“Three to four such modules were busted in the last few days. Those involved in the grenade attack (in Srinagar) have been identified and the case will be solved soon,” the police chief said. He said the security grid along the border with Pakistan has been strengthened to completely stop the smuggling of narcotics and weapons into the Indian side.

“We have strengthened the security to completely stop the smuggling of drugs and weapons, which are being dropped by drones,” Singh said. Seeking the support of the public to wipe out the menace of drugs from the Union Territory, he said it is a bigger challenge than terrorism and police alone cannot fight it off.

“It is a big challenge and every section of the society, including youngsters, should come forward to help police fight this plague. We have seized big consignments and will continue our work, but we need support in tackling the menace,” the DGP said.

He said police have launched a special drive against drugs in every district, while the zonal heads are monitoring at the zonal level and “with the support of people, this will be dealt with as well”. (PTI)