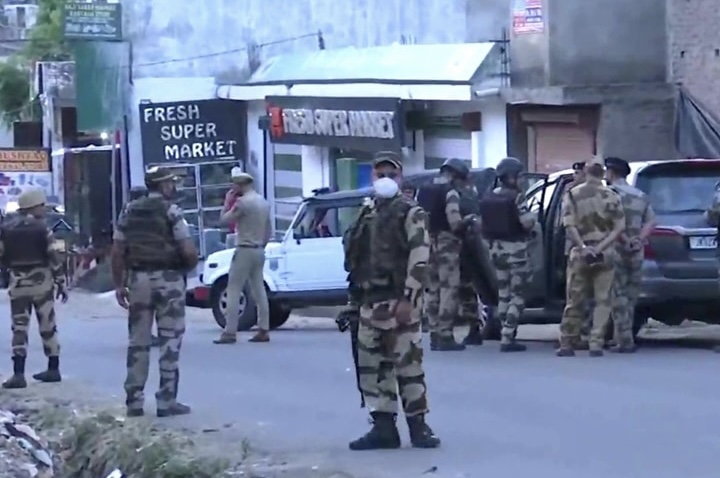 He said both the slain belong to Jaish-e-Muhammad outfit and were part of fresh infiltration bid. Talking to reporters at the site of encounter,  the DGP Singh, as per news agency—Kashmir News Observer (KNO), said that late last night, acting on an information about the presence of militants in Sunjwan area of Jammu, a cordon was laid by the police and CISF personnel. “The militants fired indiscriminately at the security forces in which one ASI of CISF succumbed while four others sustained injuries. The slain ASI of CISF has been identified as S P Patil,” he said.

The DGP Singh said that both the slain fidayeen are foreigners and they were wearing “fidayeen vests”. “Both were tasked to either target a security camp or to engage large number of security forces to inflict maximum causalities,” he said.

The DGP as per KNO said that it seems that the major aim of the two slain fidayeen was to sabotage the PM’s upcoming rally at Samba on April 24. “But timely action by our alert forces have foiled the bid,” he said.

The said that from the possession of slain duo, three AK-47 rifles, grenades, magazines, eatables, medicines, energy drinks etc were recovered, which are normally found in fidayeen. He said as of now there are no inputs to suggest that the slain were planning to attack the PM’s upcoming rally at Samba on April 24. Asked whether there was possibility of any other militant in the area, the DGP said that as of now it seems that only two militants were present in the area. “Since they had no old history, it seems they had infiltrated recently just to carry out a big strike,” he said.

Meanwhile, BJP J&K chief Ravinder Raina while speaking to reporters praised the J&K police and CISF for killing the two fidayeen. “The PM’s rally will be held and there will be more participation of people than expected,” he said