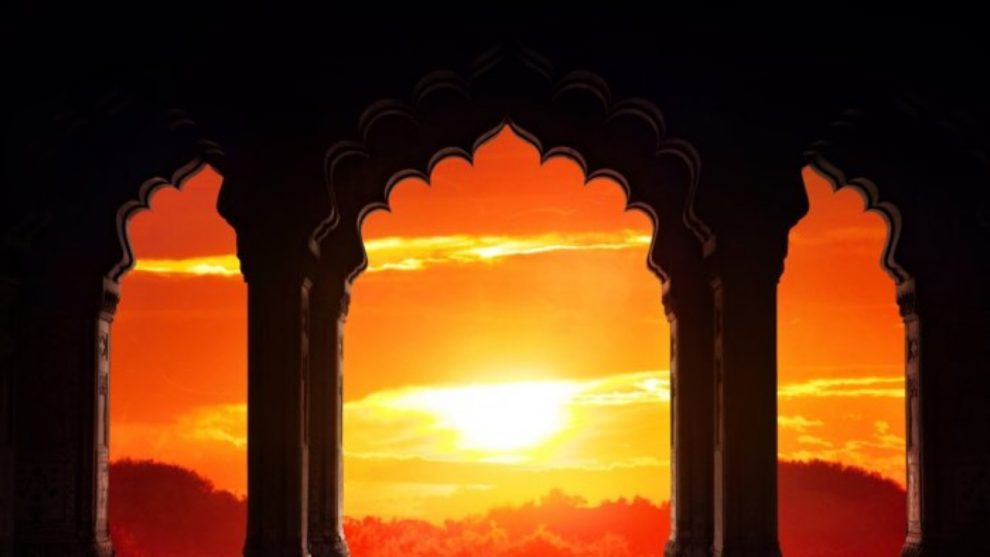 The temple economy is as large as the Indian budget sustaining the country. Its contours across the religious denominations of Hindu, Muslim and Christians, which is much wider than it is perceived. This is changing the society and its financial parameters.

The NSSO survey estimates that temple economy is worth Rs 3.02 lakh crore or about $40 billion and 2.32 per cent of the GDP. In reality it may be larger. It includes everything –flowers, oil, lamps, perfumes, bangles, sindur, images and puja dresses. The vast majority of informal unprotected labour is the driver.

The Pew Global Attitude survey reveals that over 25 per cent of Indians are reported to have become more religious over the past four-five years. Between 2007 and 2015, the share of respondents in India, who perceived religion to be very important, increased by 11 per cent to 80 per cent now.

It can be said that the Ram Mandir movement and the court verdict has been a game changer. It has poured in huge funding into a region that was one of the most backward. It boosted funding for mosques and Islamic shrines as well. During the pandemic the silent real estate boom took place in Ayodhya, Varanasi, Vindhyachal, Mirzapur and Mathura. Land prices soared in the most backward places and the premium on land is unprecedented.

Whether religious activities can sustain such places would be interesting to observe. The enthusiasm is high but would it surpass the next industrial revival? Domestic religious tourism is surpassing the number of foreign visitors. Over 100 crore domestic visits to new destinations suggest there is a churning beyond the Delhi-Agra-Jaipur golden triangle. Even 20 per cent of nine crore foreign tourists are visiting Madurai and Mahabalipuram in Tamil Nadu and Tirupati, in Andhra Pradesh.

The government has chalked out religious circuit tourism. The Ramayana circuit is over the life philosophy of Lord Ram. Along with this, the Char Dham road project has also been prepared. The government has also strengthened the Buddha circuit. Apart from this, Prime Minister Narendra Modi relaunched the Varanasi corridor, Kedardham and Badridham. Not only this, the government is renovating about 50,000 temples in Jammu and Kashmir. No other Prime Minister made a visit to religious shrines an event. Indira Gandhi used to visit such places and saints but  often kept it low profile, perhaps even at the dead of night, away from the public glare.

The dargahs of Chisti, Aulia, Charar-e-Sharif, Jama Masjid of Bhopal, Delhi and other shrines have large income in cash and kind. Similarly, various churches have decent incomes. The movement for the Ram temple in Ayodhya is stated to have increased the income for most Hindu and Muslim shrines. The earnings of Hindu temples are known to some extent, but perhaps as against Ajmer dargah or other Muslim shrines, they are shy of sharing approximate figures.

The income of Ajmer dargah, stated to be around Rs 200 crore, is an underestimate. The dargah is visited by foreign tourists, Pakistanis, Bangladeshis and Hindus in large numbers. So are many other Muslim shrines. Donations are in cash and kind as also food grains and other objects given  daily. But these shrines are not known to contribute much in charity like the Tirumala Tirupati Devasthanam which has opened hospitals, universities and other specialised institutions. Or for that matter organisations such as Ramakrishna Mission and Bharat Sevashram Sangh which are always in the forefront of relief operations anywhere. The churches in North-East, tribal areas and some others engage in charity. But Caritas India says their funds are limited and activities too.

The issue here is not who indulges and how much in charity. Over the years, religious funds have emerged as a parallel source of funding for various kinds of activities including the real estate, which is major and also political, elections and other transactions.

These enormous ‘donations’ reaching various small and big organisations are used for many activities in places like Hardwar, Vrindavan, Ayodhya and Ujjain and even non-descript places such as Deoband. One particular activity is to launder the funds by issuing donation cheques at cuts of 20 to 60 per cent depending on the exigencies. It ensures that those with illicit or non-tax paid money, is channeled back to the system. Many institutions have a “secular” approach in dealing with the money. Nobody has a compunction and during demonetization this turned out to be a favorite route. Not a single note possibly was left out at the bank coffers for this ‘generous’ religiosity.

The ‘holy’ fund is changing the canvass of politics, hospital administration and even university portals among others. Dishing out degrees is not difficult and that becomes a money spinner. During demonetisation some heads of mutts were in the news for their wide connections and effective delivery. Their services were not limited to India alone. They could deliver new currency notes with ease even in dollars to Dubai, Canada, England or other destinations at premium price. The hawala linkages helped. Plus, they are good at balance sheet manipulations for whatever the amount may be for turning black into white. Even scrapped notes were equally exchanged with élan. Adjusting ‘murky’ money is no longer difficult.—INFA