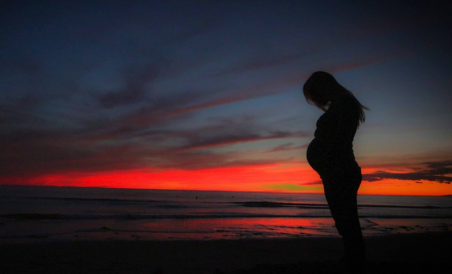 BOGOTA: High rates of teenage pregnancy in Latin America cost governments in the region billions of dollars of year while worsening poverty and inequality, according to research published by the United Nations on Wednesday.

Per nation, teenage pregnancy costs on average $1.2 billion a year in lost of earnings by mothers, tax revenue, health care and hospital costs, according to the U.N.’s Population Fund (UNFPA) that looked at six countries – Argentina, Colombia, Ecuador, Guatemala, Mexico and Paraguay.

These are costs that governments “could avoid if they managed to prevent unintended adolescent pregnancies,” UNFPA’s report said.

“If we can prevent early pregnancies, we could improve opportunities for women, and we could expand their income and options,” said Federico Tobar, a UNFPA advisor for Latin America and the Caribbean in Panama.

“And we could also expand state capacity for tax income,” Tobar told the Thomson Reuters Foundation.

As a percentage of gross domestic product (GDP), pregnancies of girls age 20 or younger on average amount to 0.35% of GDP, ranging from 0.22% in Argentina to 0.58% in Colombia, the report said.

Among the six countries analyzed, the cost of teen pregnancy was highest in Mexico, costing the nation $4.1 billion a year and lowest in Paraguay at $1.3 billion a year.

A teenage mother loses the opportunity to earn, on average, $1,243 a year compared with a woman who becomes a mother as an adult, the report said.

Teenage mothers are more likely to drop out of school, do unpaid domestic work and in turn earn 24% less in wages when compared with women who become mothers between ages 20 to 29, the report found.

Teenage mothers are also three times less likely to get a university degree, compared with women who had children at the later age, and the lack of advanced education fuels cycles of poverty, it said.

Latin America’s high teenage pregnancy rates are driven by a lack of sex education in schools and lack of access to free birth control for girls, which has become even harder to obtain due to the closure of health clinics in coronavirus lockdowns, Tobar said.

In Colombia, for example, one in every five teenage girls is a mother or is pregnant.

Young girls often get pregnant as a result of rape by relatives at home, and lockdowns and school closures has meant girls are more likely to be trapped at home with abusive family members.

“In those pregnancies that happen in girls under 15 or younger, around 75% of these pregnancies are related to rape and child abuse,” Tobar said.