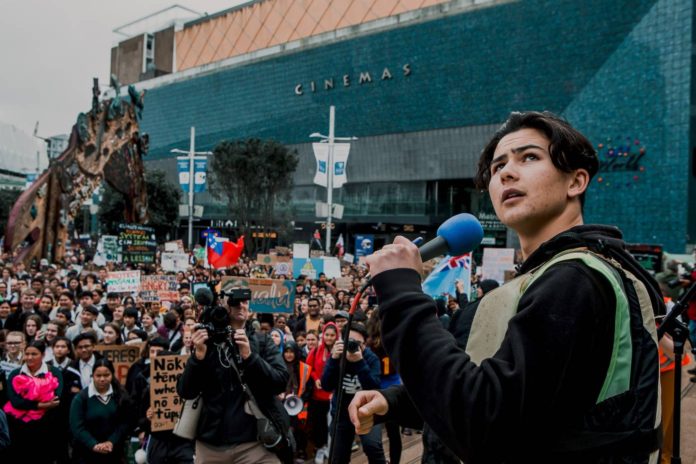 KUALA LUMPUR: New Zealand won global praise for its coronavirus response but needs to show the same vigour in pursuing climate goals and a green recovery from the pandemic, said a young activist standing against Prime Minister Jacinda Ardern in elections next month.

Luke Wijohn will represent the Green Party in Ardern’s Mount Albert constituency in Auckland in the Sept. 19 poll, hoping to build on his reputation as organiser of the Pacific nation’s “School Strike 4 Climate” marches last year.

“The world is already looking to us because of our COVID response and how successful that has been,” said Wijohn, who turned 18 in February.

“Now we need to show the world how to do the post-COVID green recovery,” he told the Thomson Reuters Foundation in a phone interview. “We can create thousands of jobs in conservation, green energy and in tackling climate change.”

Climate change is a major issue in the upcoming election, with many New Zealanders becoming more aware of the threat early this year as ash from bushfires in neighbouring Australia turned its skies red and its glaciers brown.

Proud of being one of the world’s most pristine, naturally beautiful countries, New Zealand has introduced climate change into its school curriculum, while parliament approved a bill to cut carbon emissions to zero by 2050.

With the support of its coalition partner, the Green Party, Ardern’s government also passed legislation including a target to cut emissions of methane – a powerful greenhouse gas – from livestock.

In addition to climate action, Ardern, who is well-placed to win a second term in September’s election, has received international plaudits for her leadership during the COVID-19 pandemic.

But Wijohn said New Zealand should do more to cut its planet-warming emissions by halting fossil fuel extraction, becoming completely powered by renewables in the next decade, and funding greener agriculture practices.

“We can lead the world in having efficient, clean farming but we’re not,” said Wijohn, whose one-year ban from parliament – imposed after a protest in the public gallery in support of ethnic Maori land rights – will be lifted shortly.

Although Wijohn, a Maori himself, believes it unlikely he will win the constituency seat, he is hopeful of becoming the youngest lawmaker under the proportional voting system and helping the Green Party play a bigger role as coalition partner.

The Greens are looking to bag between 5% and 15% of party votes under this electoral system, said Wijohn, who has always lived in Mount Albert and works part-time in a Chinese takeaway.

“With a bigger Green Party, we can have a more progressive government with Jacinda as prime minister that fights,” he said.

“We want to push Jacinda’s party to go further on climate change, inequality and poverty,” he added.

Wijohn, who will likely enrol for a university degree if he does not win a parliamentary seat, said he “followed the lead” of Swedish teen activist Greta Thunberg last year by starting a school climate strike movement that attracted 80,000 people.

After graduating from high school, he decided to switch his focus to running in the 2020 elections because of what he saw as a lack of action on climate change by lawmakers.

During the election campaign, Wijohn, a keen hockey player, has harnessed himself to ancient trees to stop chainsaws clearing them, spoken at student events and canvassed voters.

“Whether you are voting, running, marching or climbing up a tree – what you are trying to do is change the rules of our society,” he said.