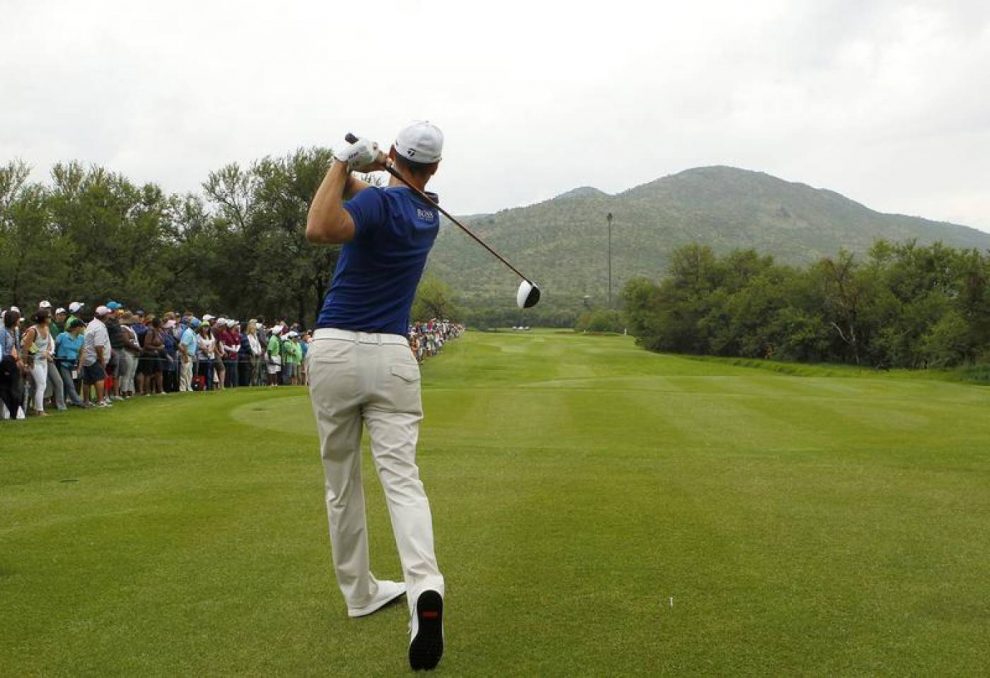 JOHANNESBURG: It sounds like a developer’s dream: A greenfield site in the heart of Cape Town, close to the best schools, hospitals and transport links and big enough to build more than 1,400 affordable new homes. The only hitch – it’s a golf course.

The 46-hectare (114-acre) Rondebosch Golf Club is one of hundreds of golf courses in South Africa facing scrutiny by land rights campaigners as a surge in evictions during the COVID-19 pandemic exposes an acute shortage of low-cost housing.

Rondebosch had its lease renewed by the city government late last year despite the presentation of some 1,830 objections by local housing rights group Ndifuna Ukwazi, which says turning golf courses over for homes is a way to tackle deep inequality.

“Using this land for the benefit of a few wealthy individuals at the expense of those in dire need of affordable housing is inefficient, unequal and unjust,” said Michael Clark, head of research and advocacy at Ndifuna Ukwazi.

Warnings by city officials that eviction is on the cards for occupiers of abandoned buildings, just months after Rondebosch’s lease was extended, have roused activists and sparked calls for cities to prioritise land use according to need.

“South African cities face an acute need for affordable housing and this land can be used to address the problem,” Molopi told the Thomson Reuters Foundation, adding that he knows of hundreds of housing evictions since lockdown began.

Nearly three decades after the end of white minority rule, South Africa remains one of the most unequal countries in the world, according to the World Bank, with urban areas still starkly divided along racial and class lines.

In other countries too, from South Korea to the United States, the swathes of green space needed for a round of golf have stirred debate around alternative uses for the land, whether apartment blocks, public parks or even vineyards.

‘NOT THE ONLY LAND’

But in South Africa, where tracts of land, including golf courses, were used as physical barriers to separate different racial groups during the apartheid regime, campaigners say repurposing such areas is key to achieving a fairer society.

Golf lovers have a choice of about 450 courses in South Africa, according to independent golf course ranking platform Top 100 Golf Courses.

They are easy to spot on a Google Maps view of the nation’s cities, many in close proximity to other golf courses, and also poorer neighbourhoods or townships.

Not all of the courses are publicly owned or suitable for residential use, said officials from the cities of Cape Town, Johannesburg and Durban. The sport also draws tourists and creates jobs, they added.

“Densification, diversification and inclusionary housing requirements in well-located parts of our cities is a more realistic approach,” said Nthatisi Modingoane, a spokesman for the city of Johannesburg.

People unable to afford rent end up there in “dark buildings” – properties seized by rogue landlords that offer crowded but cheap rooms, often without electricity.

“Since COVID, people need cheap rent, but if you don’t pay the landlords you get kicked out or … they kill you,” said Ethel Musonza, a housing activist who used to live in a dark building.

“There is a big need for people to be resettled in a safe place they can afford,” she added.

But the Observatory course sits on the site of an old ash dump, making it a poor site for residential construction, said club captain Simon Leventhorp.

“There is need for affordable houses but golf courses aren’t the only land available,” he said, adding that the club had a lower membership fee that other courses, making it a more inclusive space.

Some courses – like Rondebosch in Cape Town – do fit the bill for affordable housing, said Clark.

Golfers at the course can still enjoy views of the city’s famous Table Mountain from the greens, but authorities did add a two-year cancellation clause to the club’s lease if an alternative use of the land is identified.

Land used for community and recreational use, including golf courses, is currently being reviewed for possible residential sites, the city added.

In the meantime, land campaigners will continue to put pressure on state and city governments to “proactively intervene in housing markets”, said Molopi from SERI.

“This will be central to dismantling the ‘apartheid city’ and moving towards urban spatial justice,” Molopi said.