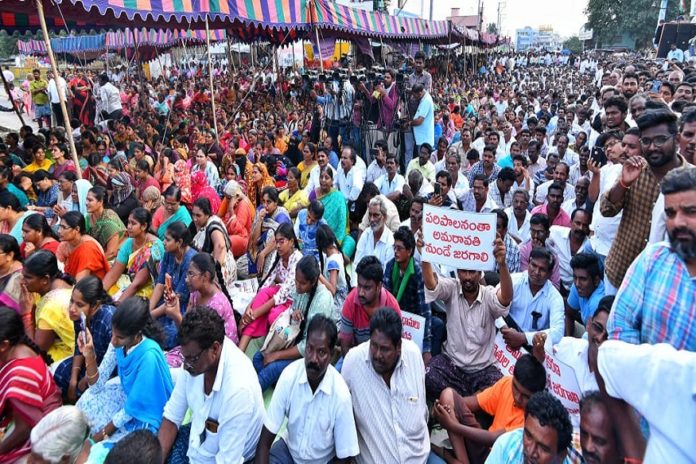 TDP national general secretary Nara Lokesh on Tuesday participated in a torch rally in support of farmers who are protesting against three capitals proposal by YSRCP government.The rally was held in support of farmers of villages in Amaravati capital region. It was held from TDP office in Mangalagiri to the town centre.

Lokesh alleged that Jagan is trying to play divisive politics with three capitals proposal.Responding to the allegations of insider trading and corruption by TDP in and around Amaravati, he challenged the government to order judicial inquiry with sitting HC judge.Earlier, Jagan Mohan Reddy mooted the idea of three capitals for the state to give a push to “decentralised development”.