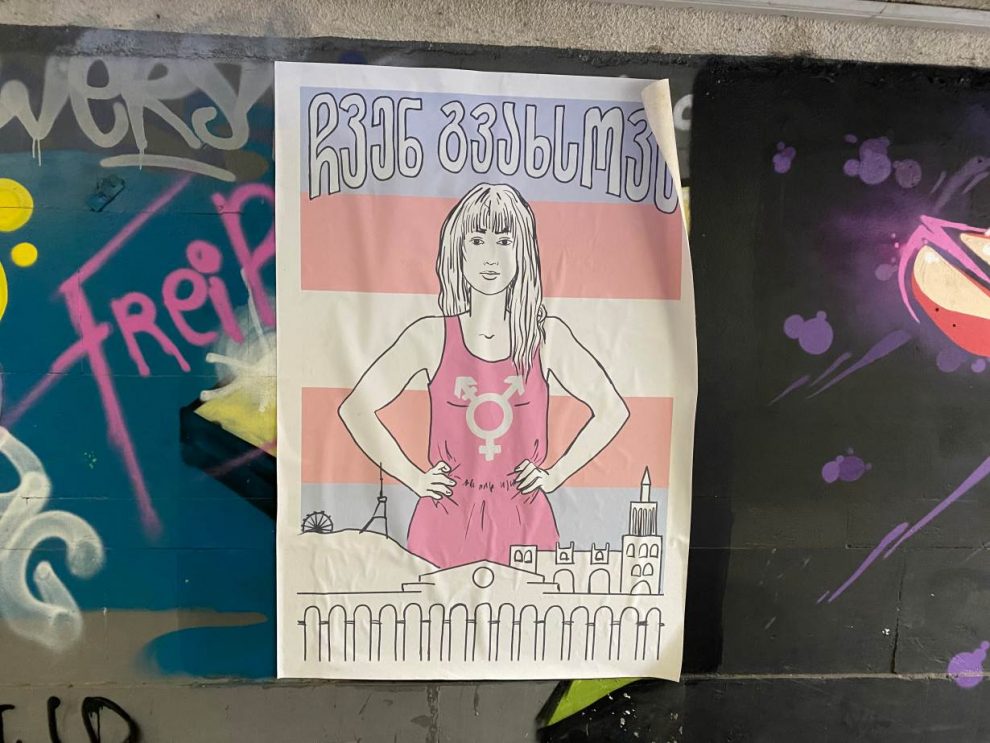 TBILISI: Standing on the stairway of Tbilisi’s iconic circus, about 20 people listened through headphones on Sunday as a voice explained how a building normally associated with fun and joy was to some a place of misery and sex work.

The group was taking part in an audio tour of the Georgian capital organised by a local LGBT+ group to shine a light on the lives of transgender men and women in the socially conservative Caucasian nation.

“Miracles do not happen here,” Nata, a trans woman, said in the audio recording about the Soviet-era hilltop building, the green surroundings of which are known to provide shelter to sex workers at night, including trans sex workers.

“This is not a place for stories like ‘Pretty Woman’ … After you come here once, it’s very hard to get away,” she said, referring to the Hollywood film starring Julia Roberts as a prostitute who falls in love with a rich businessman.

Shunned by their families, trans people in Georgia often rely on sex work to make a living as discrimination and the lack of regulations on legal gender recognition make it difficult find regular jobs, according to LGBT+ groups.

The project is aimed at raising awareness about a community that lives at the margins of society by showing Tbilisi through their eyes, said Mareike Wenzel, a German artist who conceived the initiative.

“We listen to their stories and their perception of places,” she told the Thomson Reuters Foundation at the event. “(Because) cities are often not made for (trans people), and we forget about them, about their worries and problems.”

The tour included stops at a maternity clinic, where attendants heard of a trans woman’s dream to start a family, and a cinema that in 2019 was attacked by a mob protesting against a movie about gay love, which featured some of the ‘trans guides’.

The 90-minute walk ended at an open-air exhibition of photographs by Mano Svanidze showing portraits of trans people’s everyday lives.

LGBT+ events are rare in the Georgia, often attracting threats and violence from far-right groups.

The country has witnessed a cultural clash between liberal forces and religious conservatives over the past decade as it has modernised and introduced radical reforms.

“You don’t really get to see these marginalised groups if you don’t know them yourself … It’s nice to just listen to their voices.”