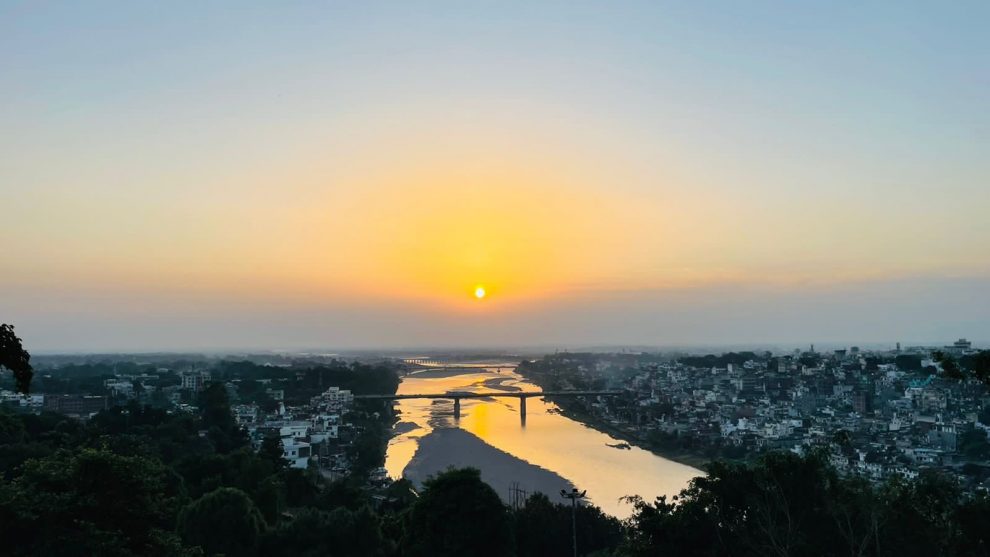 Save Tawi Campaign has been given up completely, with an obituary placed on it which reads Tawi riverfront development project. Under the doctrine that when you cannot face criticism for ineptitude approach , legalize it, that its what has been done with a master stroke in this case.

A novel way to cover of lapses , swindling of crores of rupees,’ that has been siphoned unaccounted, resulted the Suriyaputri ranks uno among the of the highly polluted River in the Jammu and Kashmir, dirtiest of dirty.

Depriving two districts Udhampur and Jammu, of its wholesome water for which it was known once over centuries till administration was asked to deliver under the so called democratic set up. On it sustained earlier reliably all livings be it be on land, Air or water, facilitated to produce Food grains, vegetables , Fruits, Fodder, Wood, Fishes , recharging ground water etc.

A 3.5 km riverfront is intended to be built in two phases as part of the project. In the first phase, embankments, interceptor drains, sewerage treatment plants, cycling track, jogging track, walkways, green spaces and other wayside amenities would be developed. It is claimed that the Tawi riverfront will ensure proper infrastructure planning, unique business opportunities and enhance the quality of life of the citizens. The infrastructure would also include river plazas, promenades, parks, gardens, sports and entertainment venues, commercial and residential spaces that will transform Tawi as the center of economic engine of Jammu, an official spokesman said.

The Lt Governor termed urban development a requisite for prosperity and growth of any region and called for active public participation in the development process.

Eschewing the words its water quality shall be ensured to be a wholesome on as it used to be. In a presentation review this Environment Awareness Forum participated one evening some time ack at one of the Bahu Plaza Blocks, in which Advocate, now Additional Advocate General Sh Dewakar Sharma, Sn CM Sharma and others deliberated upon the project .On my asking whether the Project stands clreaded, as there were many loop holes in it, from the statutory body that is JKPC Committee , it was responded it is not required, another query whether Water quality shall e wholesome as it used to be drinking purpose, response was in negative , adding foit for boating.

As such this Project has no Statutory Environment clearance, neither sought nor impressed upon by the JKPC Committee.

Under the Water(Prevention And Control Of Pollution) Act 1974 where under State Board/ U,T Committee shall have to plan a comprehensive programme for the prevention, control or abatement of pollution of streams and wells in the state to secure execution thereof ., advice the Government on any matter concerning the prevention , control or abatement of Water pollution
.Why it has not exercised its powers vested in it by the Act of Parliament, for the welfare. Parliament direction are supreme unless Supreme court has passed any direction in this regard.

Polluter must pay it is in this case the JKPC Committee , who has allowed all along to cause irreparable water pollution despite it is fully aware and has even decades back prepared a Status report on the Tawi pollution on the stretch that runs through Jammu city,coneys without mincing words are fully grasped with the grim situation that goes on worst on the geometrical progression with every passing moment.Safely can be construed an deliberate act of . denying under Fundamental Gauranted rights enshrined in the Indian constitution to which owe allegiance under Article 2 of the Human Rights Act protects your right to life. This means that nobody, including the Government, can try to end your life.