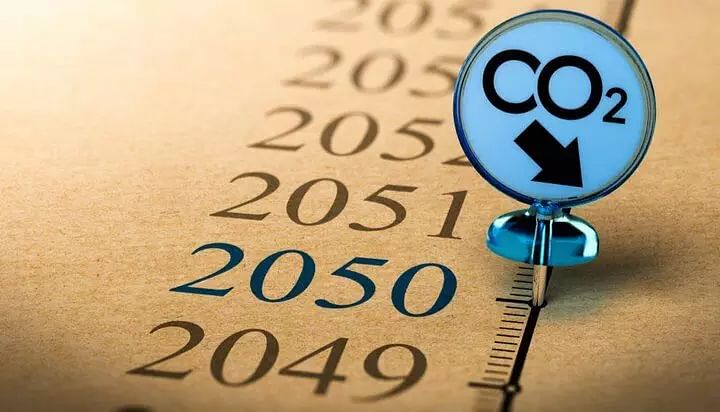 In his new book on Climate Change and its adverse impact in the future, Bill Gates urges everyone to remember two things: Net Zero and 2050.

It seems as if, after having grappled with malaria, HIV, Ebola and COVID-19 the billionaire philanthropist and Microsoft co-founder has a new passion now, to solve another intractable global problem: Climate Change.

Since the start of 2021, Bill Gates had been trying to focus everyone’s attention on the greatest challenge to the humankind i.e. Climate Change in the backdrop of the continuing COVID-19 pandemic. Gates in his new book ‘How To Avoid A Climate Disaster: The Solutions We Have And The Breakthroughs We Need’, released in February earlier, argues for establishing new laws and putting practices in place, to ensure that the globe will be Carbon free by 2050.

His book provides advice from sources as diverse as climate scientists, like Vaclav Smil and Ken Caldeira, to John D Cox, author of Weather For Dummies. Gates avers that writing the book was an ambition to ‘cut through the noise’ and give consumers better tools for understanding what works.

The book repeatedly points at two figures: 51 billion and 2050. First one is the amount of greenhouse gases, in tons, which we emit annually, and the second is the year by which we have to become net zero or emitting zero amount of greenhouse gases into the atmosphere, if we want the earth to survive. Gates argues that setting a goal to reduce our emissions won’t do it. The only sensible goal is to attain zero.

In a virtual session at the Jaipur Literature Festival last week, Gates said that climate change is too big a problem and it cannot be tackled without governments driving the mitigation efforts. Gates urged people to use their political voice to do so, and apply their purchasing power with a conscience, besides pushing the companies they work for to do the same.

Gates mentioned PM Modi’s name twice for having strongly supported emissions reductions. He explained, “in terms of future emissions and future suffering, India is paradigmatic. If we don’t help them and get them involved, then this whole thing doesn’t go well.”

In his address gates applauded the younger generation for raising the issue more coherently and continuously at the international forums, recently. He also expressed his admiration for Greta Thunberg and said that we need such attention to intensify and stay very, very high for all thirty years.

In an interview with Emma Brockes for The Guardian, Gates points out the extremely difficult problem of how to further global development while reducing emissions. This comes in addition to the political challenge or in other words changing our priorities.

Gates enumerates a list of culprits, which are more well-known, such as the transport industry or the electricity generation plants, in addition to cement and steel producing industries globally, which emit more harmful gases into the atmosphere as compared to well known culprits.

In his book Gates avers that the small decline in emissions in 2019, in the backdrop of the COVID-19 pandemic-which forced global industrial shutdown to a large scale, is proof that we cannot get to zero simply, or even mostly, by flying and driving less. He says just as we needed new tests, treatments and vaccines for the coronavirus, similarly we need new tools for fighting climate change: zero-carbon ways to produce electricity, make things, grow food, keep our buildings cool or warm, and move people and goods around the world.

Highlighting the vital and urgent need for innovation in reduction of greenhouse gas emissions, he further argues that, if we don’t get to zero by 2050, the temperature rise will be so damaging that life will actually get worse for humans and most of the natural ecosystems. So, he urges everyone to innovate.

To achieve this, Gates underlines that we need international cooperation, first. When governments, researchers, and pharmaceutical companies worked together on COVID-19, the world made remarkable progress—for example, developing and testing vaccines in record time. He goes on to argue that the same is true for climate change. If rich countries worry only about lowering their own emissions and don’t consider that clean technologies need to be practical for everyone, we’ll never get to zero. In that sense, helping others is not just an act of altruism—it’s also in our self-interest. We all have reasons to get to zero and help others do it too. Temperatures will not stop rising in Texas unless emissions stop rising in India, he says.

Second he says, we need to let science— engineering, physics, environmental science, economics, and other related specialities to be innovative in their fields and also work collaboratively to achieve and guide our efforts to achieve net zero. As everyone can’t continue to work in silos and no country should preach others, but all should work collectively, as was evident appreciably during the pandemic.

Third, Gates says our solutions should meet the needs of the people who are hardest hit. The solution, he says, is to make clean energy sources such as wind and solar so cheap that every country will choose it over climate-warming fossil fuels.

In his efforts Gates is counting on a new generation of entrepreneurs who will drive economic growth through clean energy, regardless of climate-change deniers holding on for dear life in government. This is not pie-in-the-sky fantasy, he insists, and the figures back him up. According to reports, in 2019, for the first time in the US, renewable energy consumption surpassed coal consumption, despite all the incentives the Trump administration introduced for the fossil fuel industry.

In the book’s final chapter, Gates lays out specific actions that each individual can take to help mitigate climate change, from being a more engaged citizen to being a more informed consumer, with specific advice on reducing household emissions, switching to an electric vehicle, and setting up an internal carbon tax for businesses.

Gates includes an afterword on COVID-19 also, making the case that many of the lessons we have learned from the pandemic—the need for international cooperation, the importance of letting science guide our actions, the understanding that solutions should be designed to meet the needs of those who suffer most—also apply to climate change.

We are at a critical juncture, he rightly argues, and must commit to investing in new policies, market structures, and technologies over the next decade if we are to eliminate greenhouse gas emissions by 2050. “It’s hard to think of a better response to a miserable 2020 than spending the next ten years dedicating us to this ambitious goal,” he concludes. Indeed, such sagacious advice can only come from an individual who is committed to ameliorate the life of his fellow citizens, and if we don’t awake even now, we’ll have no else to blame but ourselves in 2050.