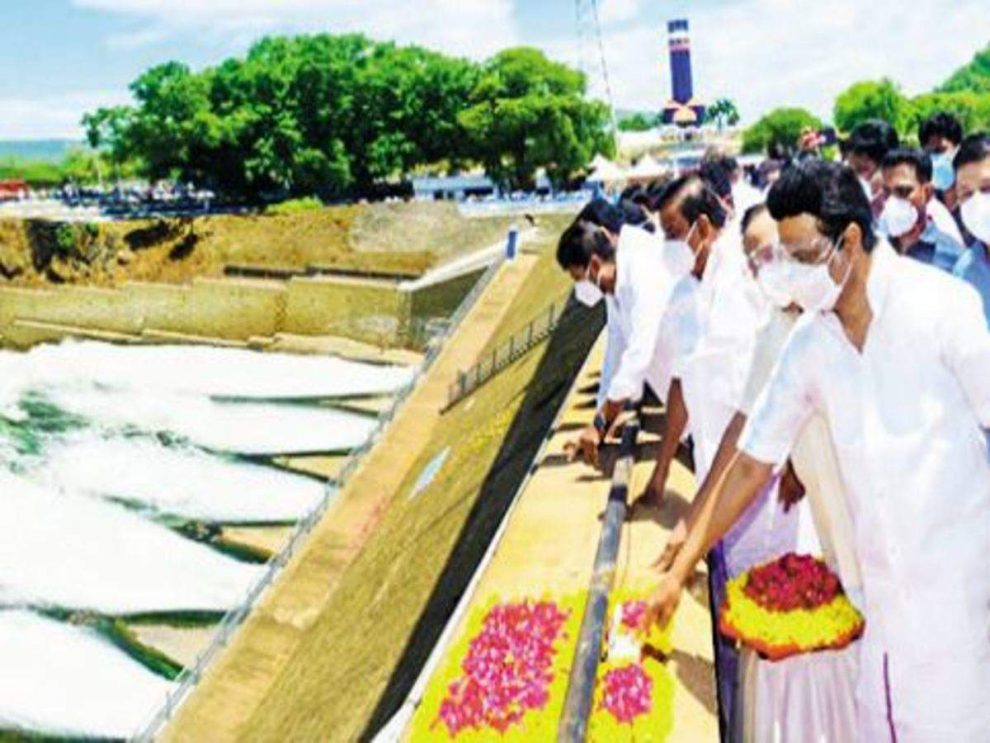 Tamil Nadu Chief Minister M.K.Stalin released water from the Mettur reservoir for irrigation today. 3000 cusecs of water was released today. The amount of water will be increased according to the need for irrigation. AIR correspondent reports that Tamilnadu will need 125 TMC water from today to September 15th for Kuruvai crop cultivation. Usually 99.74 tmc water is released from Mettur reservoir and the remaining 25.26 tmc water will depend on seasonal rains and ground water.

The State needs 205 .60 tmc water to irrigate 12 lakh ten thousand acre for Samba crop cultivation which begins from September 15 to January 28. The Government usually releases 108.50 tmc water from Mettur and the remaining 97.10 tmc water depends on seasonal rains and replenishment of ground water. During the release of water from the dam, the state also produces 250 mg watt power from the dam sources. The State also releases water depending on the down pour of the North East monsoon. It has requested the agriculturists to use the water meticulously and ensure good harvest.