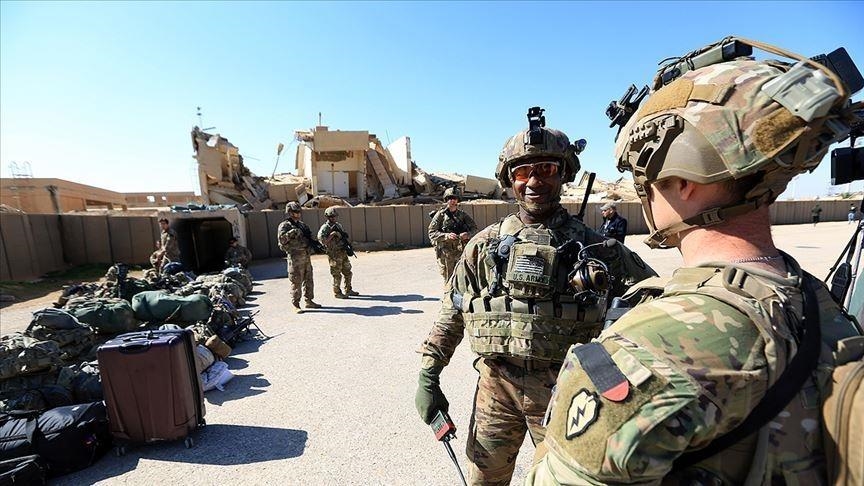 Taliban in Afghanistan are marching towards regaining power for the second time. Twenty years ago, Taliban was removed from power by US-led forces. As US and NATO forces withdraw their troops from Afghan territory, Taliban is darting towards Kabul to dislodge the government and form their own. From the past experiences of Taliban rule, the world should be concerned about it. In particular, India, which bears the brunt of cross-border terrorism by Islamic radicals, should watch out the Talibanisation of Afghanistan.

Who are the Taliban? What are their sources of strength? Who patronises and finances them? And how do they manage to take over power as soon as the foreign forces move out? These are the questions which have not been probed. In this piece, we seek to unravel the mystery of the ‘invincibility’ of Taliban vis-a-vis Afghan governments propped up by the world powers.

In mid-1990s, funded by Saudis and militarily supported by Pakistan, Taliban captured the Herat town bordering Iran. In the next year in 1996, they captured Kabul overthrowing the government of Burhanuddin Rabbani, one of the founding fathers of the Afghan Mujahiddin that resisted the Soviet occupation. By 1998, 90% of Afghanistan was under Taliban control. Initially, they caught the imagination of Afghan people by doing some good work in the government – controlling corruption, building roads and other infrastructure for commerce and trade.

However, what raised the hackles of world leaders is the Islamisation of Taliban variety; meting out punishments such as public execution of a convicted criminals and adulterers, amputation of limbs for theft, forcing men to spot beard, and women to wear burka, banning of television, music and cinema. What was worse, barring the girls over 10 to attain education. In 2001, the desecration of Bamiyan Buddha incurred the wrath and anxiety of people across the world. To trace the origin of Taliban, many of them were educated in Pakistan madrasas. Pakistan, UAE and Saudi Arabia were the only countries to recognise Taliban in power.

To take the chronology of Taliban’s rise further, in October 2012, a young girl, Malala Yousafzai was shot for defying the ban on women education. In 2014, there was the ghastly Peshawar school massacre. In both cases, Taliban hand was suspected. The ‘D’ Day came with the twin-tower attack on World Trade Centre by Al-Qaeda. In retaliation, the United States and NATO forces invaded Afghanistan to flush out Osama-Bin-Laden hiding in Afghanistan. Taliban was accused of providing sanctuary to Laden. On 7 October, 2001, US went after Taliban and by December the same year, the Taliban government fell. But Taliban Chief Mullah Mohammad Omar and Bin Laden slipped out of Afghanistan. Later, the Taliban took refuge in Quetta and operated from there. Pakistan, however, denied the existence of ‘Quetta Shura’.

Fast forward, on September 2012, Taliban carried out a massive, sophisticated raid in NATO’s camp in Bastion base. Next year, the hope for peace sprang as Taliban opened an office in Qatar. In the meantime, in 2016, the US army killed the Taliban Chief Mullah Mansour in a drone strike. Thereafter, his deputy Mawlawai Hibatullah Akhundzada took control. Realising perhaps the futility of the ongoing battle, both Taliban and US, began peace talks brokered by Middle-East countries. A historic peace deal between the US and Taliban was signed in February 2020. According to the peace agreement, US had to withdraw its troops from Afghan territory and Taliban were to negotiate peace and security by giving up armed insurrection etc.

Confirming the doubts and apprehension of the world, Taliban did not give up violence, rather changed its strategy of direct confrontation; instead carried out targeted assassination of civilians – judges, journalists, peace activists and women in power. They did not give up their violent extremism and extremist ideology. They did not even wait until US withdrew its entire force and began the onslaught against the Afghan government. According to US intelligence, from one fifth to one third of the country has already come under Taliban control. It is predicted by most intelligence agencies that Afghan government could fall within six months after US withdrawal. From the latest account, the Afghan government is vigorously fighting back.

By most predictions, including that of General Austin Miller, the US Commander In-charge of Afghan operation, the country may plunge into a civil war which should be the concern of the world. So Afghanistan once again is on the cusp of a disaster. The Afghan government has openly asserted that the US mission in Afghanistan was incomplete, or rather a failure. They had come to end violence and usher in and consolidate democratic forces. The Afghan government says this did not happen.

The moot question to pose to the world powers mainly the US is whether they followed an effective strategy in taming the Taliban. From day one, it was apparent that Taliban has been raised and nurtured by Pakistan, with initial financial support from Saudi Arabia. Yet, the Americans used Pakistan as the frontline state in proxy-fighting Soviets and then directly confronting the Taliban. If Taliban was a creation of Pakistan, how was Pakistan going to help overpower them. So, was it not a self-defeating strategy to patronise Pakistan and by extension the Taliban.

The question to address now is, if it is not Pakistan who else is supporting Taliban. It cannot be Iran as it is a Shia country. Pakistan is next door to Afghanistan like Iran. So, it has to be either of the two supporting and sheltering Taliban. Unless, the source of illegitimate support to Taliban is exposed and cut off, it will not be easy to put them down. In Afghanistan, neither government nor Taliban can win without outside support. The democratic governments somewhat lasted as long as they could with active military support from western powers, mainly US and NATO. Likewise, Taliban has survived with tacit support from Pakistan backed by its new mentor China. As US withdraws, Taliban gets the upper hand.

The way to solve the Afghanistan conundrum is to get the stakeholders around the table and agree on a transparent and democratic framework which would be Afghan-owned including Taliban. So the peace and reconciliation agreement has to be done with Pakistan pushing it to get Taliban to embrace the democratic path. Talking to Taliban, and not their controllers, is not helping. In fact, the US was indirectly arming Taliban through Pakistan as well as fighting it through the Afghan government. This is the crux of the matter. New Delhi should have stressed hard on this nexus with the US and convince them with tangible evidence. It is still not too late.