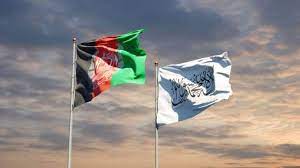 Afghan President Ashraf Ghani fled the war-ravaged country as insurgents closed in on Kabul before they entered the city, captured it and took over the presidential palace, sealing a swift nationwide militant victory in just 10 days.

Mullah Omar confidant and co-founder of the Taliban, Mullah Abdul Ghani Baradar, has been declared the new President of Afghanistan. Furthermore, the country’s name has been changed to the “Islamic Emirate of Afghanistan”, a name that was given during the previous Taliban regime, and the white flag with shahadah on it has been re-introduced,

The Islamic Emirate of Afghanistan is an Islamic State governed by the Taliban, an Islamist militant group. The insurgent group governed the country previously from 1996-2001 before they were ousted by a US-led invasion.

Born out of the chaos of the civil war post the Soviet withdrawal in 1992, the Taliban movement was composed of Islamic scholars for the religious purification of the country and the creation of an Emirate. It received support from Pakistan, Saudi Arabia and the UAE.

The militant group captured Kabul in 1996 and by the end of 2000, 90% of the country was under its control. During its five year regime, the group imposed a strict interpretation of Islamic Sharia Law, along with the religious edicts of Mullah Omar.

Taliban further banned the celebration of several occasions such as Western and Iranian New Year, recreational activities such as Kite flying, and forms of art such as paintings and photography.

Men under the Taliban regime were forbidden to shave their beards and were required to wear turbans when leaving their homes. Women were not allowed to leave their homes without a male relative and were requested to observe purdah, were banned from working, attending schools and universities.

Those who defied the sharia law were exacted brutal punishments including humiliation, execution, whipping, stoning, and amputation of hands.

The Ministers and Deputies were mullahs with a formal madrasa education. The senior Tajik, Uzbek and Hazara bureaucrats were replaced with Pashtuns at the national level, whether qualified or not.

The Taliban rule came to an end in 2001 following the US-led invasion. In 2003, Taliban officials proclaimed that it regrouped itself and is ready for war to expel US forces from Afghanistan. In 2004, Mullah Omar announced an insurgency against America and its puppets to regain the sovereignty of our country.

By 2009, a strong insurgency had coalesced, known as Operation Al Faath, the Arabic word for “victory” taken from the Koran, in the form of a guerrilla war.

In 2016, almost 20% of Afghanistan was under the control of the Taliban, with southernmost Helmand Province as their stronghold, as per Time Magazine.

Towards the end of 2016, the US and International Resolute Support coalition commander General Nicholson stated that 10% of Afghanistan was in Taliban hands while another 26% was contested between the Afghan government and various insurgency groups.

In May 2020, the reports emerged that Mullah Omar’s son Mullah Mohammad Yaqoob has become the leader of the Taliban after Quetta Shura members were infected with COVID-19.

On 1 May 2021, the Taliban began a successful military offensive along with allied militant groups against the Islamic Republic of Afghanistan. The offensive was concurrent with the withdrawal of US and allied troops from the country scheduled to be completed by 11 September 2021.

It made significant advances during the first three months in the countryside and isolated urban centres and on August 6, 2021, captured all provincial capitals of Afghanistan except Bazarak.

Although the Taliban spokesman in an interview with Al Jazeera assured of peaceful relations with the international community, opening channels of communication with foreign nations, rights of women and minorities within Sharia law, the Afghan natives are fearful of its trademark brutal religious dictatorship and are leaving the country in large numbers. Distressing videos and satellite images have surfaced online following the fall of Ashraf Ghani’s government.