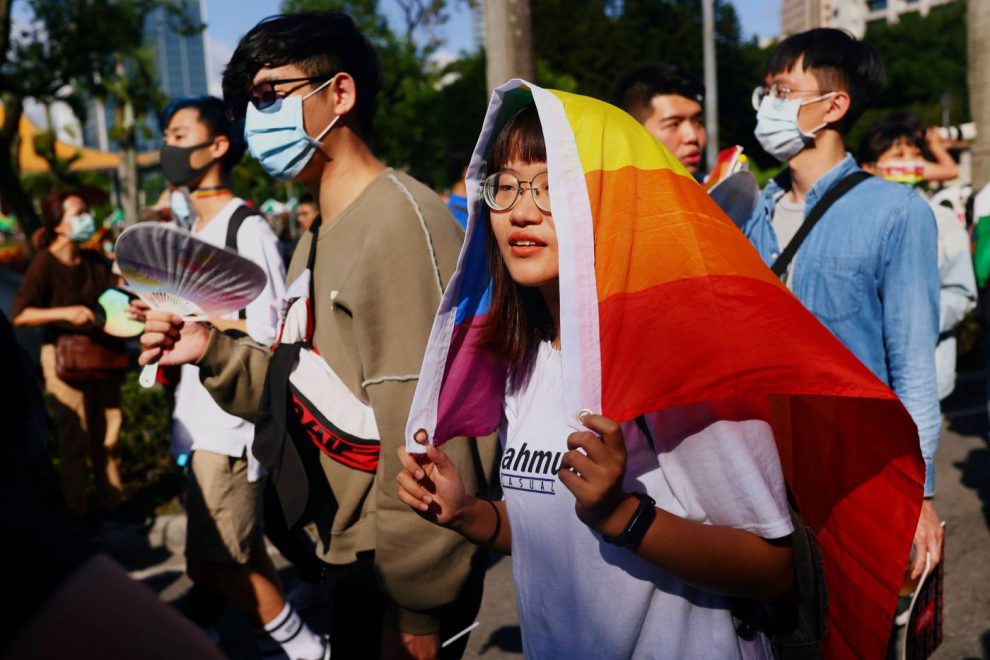 TAIPEI: More than 130,000 people, many wearing rainbow masks, marched through Taipei on Saturday to celebrate LGBTQ+ equality and the island’s success in fighting coronavirus, in one of the largest Pride marches globally this year.

“Taiwan has done a fantastic job at both equality and pandemic control,” said Chen Wei-chun, a 32-year-old bank employee who joined the march with a rainbow mask on.

“That makes us proud.”

Taiwan has recorded just 555 COVID-19 infections and seven deaths, the majority of cases imported, thanks to early and effective response.

Taiwan was the first to test arrivals from China in the early stage of the outbreak and imposed an “electronic fence” system that requires a 14-day quarantine for overseas arrivals and tracks their whereabouts via cellphones.

Taiwan last year became the first place in Asia to legalise same-sex marriage. This week, two women became the first Taiwanese military officers to marry their same-sex partners at a military wedding, marking another landmark for LGBTQ+ rights in Asia.

Organisers say more than 130,000 people marched through the streets of Taipei in the annual Pride parade, joined by major political parties including the ruling Democratic Progressive Party (DPP).

“Amid the global pandemic, we need more selfless love to unite one another and tolerate difference to make Taiwan a more progressive place,” Taiwan Premier Su Tseng-chang wrote in a Facebook post to support the Pride march.

Proudly democratic Taiwan, however, remains divided over other related issues such as same-sex parenting, while gay couples are only allowed to marry foreigners from countries where same-sex marriage is also legal.

President Tsai Ing-wen, who came under criticism from some religious groups this week after calling people to join the Pride march, echoed the support for equality on Saturday.

“Today’s key words are love, tolerance and a better Taiwan,” she wrote on Facebook with a rainbow flag. “Let’s work hard to make them the key words for everyday.”

A cafe in Yemen run by women, for women
The great divergence: U.S. COVID-19 economy has delivered luxury houses for some, evictions for others
Comment