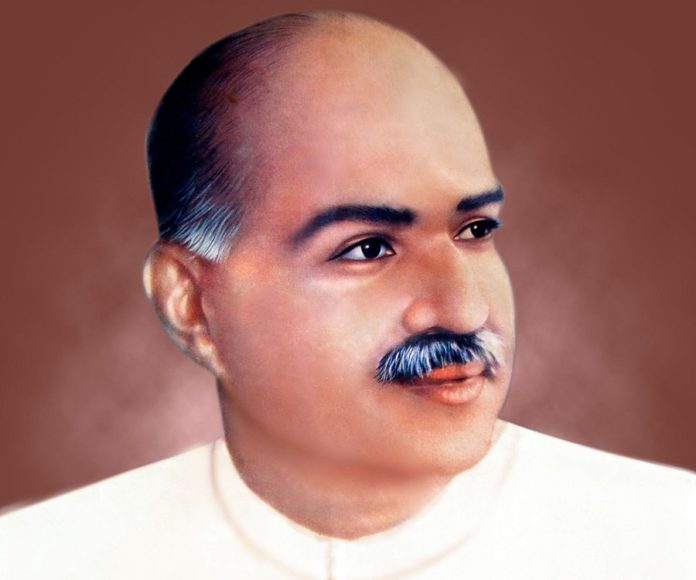 Syama Prasad Mookerjee was the founder of the Bharatiya Jan Sangh, the predecessor of the ruling BJP. Born in a Bengali family in Kolkata on July 22, 1901, Syama Prasad Mookerjee’s tryst with politics began in 1929 when he entered the Bengal Legislative Council as an Indian National Congress (INC) candidatere presenting Calcutta University. He, however, resigned and fought as an independent candidate in the same year. On his 66th death anniversary today, know more about the BJP icon.

After completing his education in law in 1924, he enrolled as an advocate in the Calcutta High Court. He later went to study at the Lincon’s Inn in England in 1926.

In 1937, Syama Prasad Mookerjee was elected as an independent candidate in the elections which brought the Krishak Praja Party-All India Muslim League coalition to power.

At 33, he became the youngest Vice-Chancellor of the University of Calcutta and held office till 1938. He received Doctor of letters from the University in the same year.

Syama Prasad Mookerjee was part of Minister for Industry and Supply in Prime Minister Jawaharlal Nehru’s cabinet from 1947-1950, but after a fall out with him, he quit the Indian National Congress.

The Bharatiya Jana Sangh was created with the objective of nation-building and “nationalising” all non-Hindus by “inculcating Bharatiya Culture” in them. The party was ideologically close to the Rashtriya Swayamsevak Sangh (RSS).

Syama Prasad Mookerjee strongly opposed to Article 370 that gave autonomous status to Jammu and Kashmir. He saw it as a threat to national unity. He visited Kashmir in 1953 illegally, and went on a hunger strike to protest the law that prohibited Indian citizens from settling within the state and directing that they carry ID cards. Owing to his efforts, the ID card rule was revoked but he died there June 23, 1953 under mysterious circumstances.

Newsfeed The Dispatch Staff - September 18, 2020
The Union Health Ministry said that 60 per cent of the country's active coronavirus cases are concentrated across five worst-hit States....

Newsfeed The Dispatch Staff - September 18, 2020
Union Minister for Atomic Energy and Space Jitendra Singh  said there are 32 earth observation sensors with advanced capabilities, which are currently in...

There is no proposal to privatize Indian Railways, clarifies Railway Minister Piyush Goyal

Newsfeed The Dispatch Staff - September 18, 2020
The Union Government has clarified that there is no proposal to privatize Indian Railways. This was stated by the Railway Minister Piyush...

Newsfeed The Dispatch Staff - September 18, 2020
The Indian Council of Medical Research (ICMR) on Friday said that around 6,15,72,343 samples to detect the coronavirus infections have been tested...