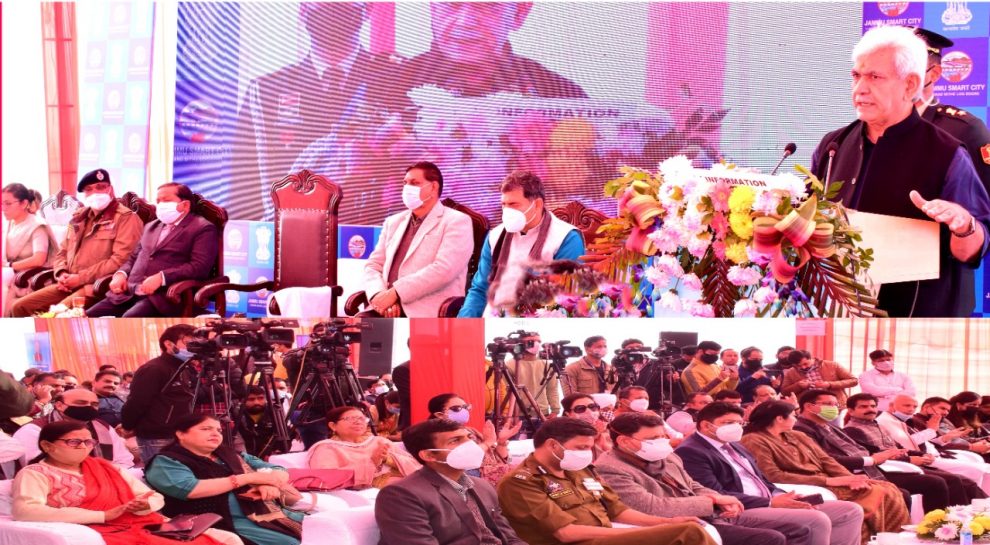 The Lt Governor observed that civilizations have prospered on the banks of rivers. “Sustenance and rejuvenation of Tawi riverfront will create an economic engine for holy city and generate employment opportunities for local communities, he said.

The Lt Governor said that planned urbanization while respecting and restoring the delicate balance of nature can influence inclusive development. “Tawi riverfront will ensure proper infrastructure planning, unique business opportunity & enhance the quality of life of the citizens”, he added.

The Lt Governor said that the social & cultural infrastructure, state-of-the-art amenities along the waterfront, projects to improve the water quality will create a world-class model of urban excellence in Jammu.

Our aim is to create a vibrant riverfront that will become one of the most popular bucket list destinations for people, the Lt Governor said.

The complete project is prepared on the lines of the Sabarmati Riverfront. The infrastructure will include river plazas, promenades, parks, gardens, sports and entertainment venues, commercial and residential spaces that will transform Tawi as the center of economic engine of Jammu.

The Lt Governor said that 109 projects which were pending for years have been completed in Jammu division at a cost of Rs 455 crore, including 14 new bridges which have made connectivity easier. Infrastructural projects like Metro, Delhi-Katra-Amritsar Expressway, four-lane green field Jammu Ring Road, Flyovers, Industrial Estates, strengthening of Power sector and many others would bring prosperity for all.

The Lt Governor termed the Urban Development as a requisite for prosperity and growth of any region and called for active public participation in the development process.

The Lt Governor appreciated the efforts of Jammu Smart City Limited and its CEO,  Avni Lavasa, and Principal Secretary, HUDD, Sh Dheeraj Gupta, made towards the development of Tawi Riverfront.

Dheeraj Gupta, Principal Secretary, H&UDD, while speaking on the occasion briefed the gathering on the salient features of the Tawi Riverfront development project.

Chander Mohan Gupta, Mayor, JMC said the ambitious project of Tawi Riverfront would make the Jammu city more beautiful and would be a major tourist attraction. Jugal Kishore Sharma, Member Parliament said that the Tawi Riverfront will take the tourism sector of Jammu to new heights.

Educational Institutions will be reopened within two weeks, fast-track recruitments for posts withdrawn recently: LG Sinha
Our aim is to wean away youngsters from addiction and bring them into mainstream of society: LG Sinha
Comment