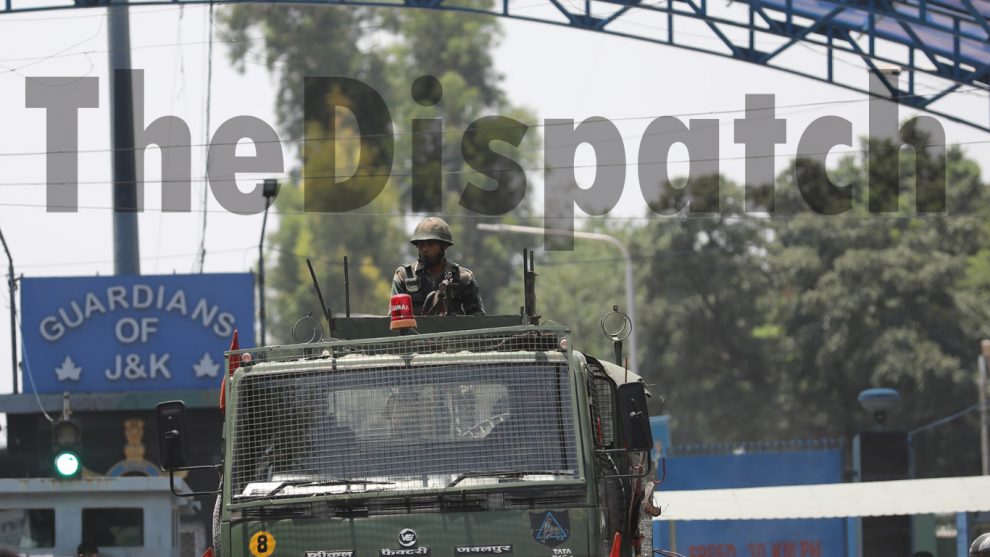 Jammu: Investigators searching for clues in the sighting of two drones over an Army station on the outskirts of Jammu city on Monday had pinned hopes on a CCTV image suspecting it to be of the remote control but it turned out to be of a bundle of newspapers.

And the two men seen in a grainy CCTV image holding the newspapers in the dead of night and suspected to be terrorists behind the unsuccessful attempt to target the military facility were actually a vendor and a distributor of a regional language newspaper, sources in the security establishment said on Tuesday.

After sentries at the military station in Kaluchak on the outskirts of Jammu city sighted two drones during the intervening night of Sunday and Monday and also fired nearly two dozen rounds, the authorities carried out its internal probe and informed security agencies that a car was seen driven on the road running alongside the defence installation at a very slow speed.

The military station is located on the national highway connecting Jammu with the rest of the country.

The occupant of the same car later handed over what was thought by security personnel to be a “remote control” to a motorcycle rider on the opposite side and all this happened in the cover of darkness after 2.40 AM on Monday when the second drone was sighted.

The security agencies later managed to identify the car as well as the motorcycle owners from the CCTV footage as investigators continued their probe into the dropping of bombs using drones on a nearby IAF station located at Jammu airport just hours earlier in the first-of-its-kind terror attack in the country.

The person who was driving the car turned out to be the distributor of a vernacular daily while the motorcycle owner was the vendor for the same newspaper and the “remote control” turned out to be a bundle of newspapers which was meant for distribution in remote villages of the Jammu province, the sources said.

Early editions of newspapers are managed for distribution during the night so that they reach far-flung areas.

In the backdrop of this development, the police did not register a case and rather made a daily diary entry of the incident but continued with the investigations about the sighting of drones.

The army had stated on Monday that an attempt to attack a military installation with the help of drones was thwarted by alert Army sentries at the Ratnuchak-Kaluchak station who fired at the unmanned aerial vehicles that later disappeared.

The first drone over the Army station, according to a Jammu-based spokesman, was spotted at around 11.45 pm on Sunday followed by another at 2.40 AM on Monday.

The Kaluchak Army station was attacked by terrorists in 2002 in which 31 people were killed, including 10 children.

He said a high alert was sounded immediately and Quick Reaction Teams (QRTs) engaged the drones with firing.

“Both the drones flew away. A major threat was thwarted by the alertness and proactive approach of troops,” he said, adding the security forces are on high alert and the search operation is in progress.