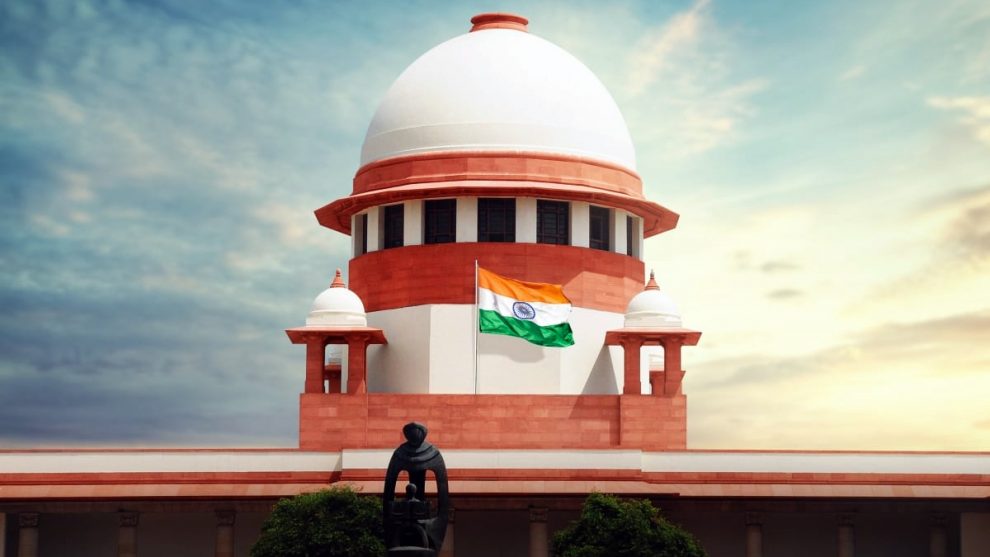 The Supreme Court’s judgement on electronic voting has been dismissed widely as of little consequence. Most people feel it matters little whether they vote by ballot or through an electronic machine. Yet the verdict deserves greater attention of the nation than it has received so far. It goes way beyond the Court’s decision to set aside the election of a Kerala MLA. The judgement has raised a basic issue of vital importance to the provision of free and fair election in India. Since free and fair elections are the bedrock of any democracy worth its name, several questions arise. Who is to ensure free and fair elections under the Constitution? The Election Commission or Parliament? Can the Election Commission ignore Parliament? Or vice versa, can Parliament ride roughshod over the Election Commission? Whose view should prevail in the event of a clash of opinion? What was the basic scheme and approach of the founding fathers of the Constitution?

First the judgement. A division bench of the Court has held that the Election Commission’s order directing the casting of ballot by machines was without jurisdiction according to the law. More important, the court disagreed with the contention of Mr. Ram Jethmalani and Mr. Ashok Sen, who appeared for the respondent and the Election Commission respectively, that the Constitution gave complete powers to the Commission for the conduct of elections under Article 324. The judges observed that the provisions of the Constitution could never have intended to make the Commission an apex body in respect of matters relating to the elections and conferring on it legislative powers ignoring Parliament altogether. If the Commission was armed with such unlimited and arbitrary powers, the judges observed if it ever happens that the person manning the Commission shares or is wedded to a political havoc or to bring about a Constitutional crisis, it could set at naught the integrity and independence of the electoral process, so important to and indispensable in the democratic system.

The bench said that such an absolute and uncanalised power given to the Commission without providing any guidelines would itself destroy the basic structure of the rule of law, adding “it is manifest such a disastrous consequence could never have been contemplated by the Constitution makers.” Hence the judges said: “We construe Article 324 to 329 would reveal that the legislative powers in respect to matters relating to Parliament or State legislature vest in Parliament and no other body, and the Commission would come into the picture only if no provision has been made by Parliament in regard to the elections to Parliament or the State legislature.” The judges said furthermore: “The power under Article 324 relating to superintendence, direction and control was actually vesting of merely all the executive powers and not the legislative powers.” It was pertinent to indicate that the Kerala High Court, which had upheld the election of M.R. Pillai, “fell into an obvious fallacy by acceptance of the position that the direction of the Commission was intended to operate in an uncovered field.”

Not many remember that the founding fathers deliberately and advisedly picked the three words — superintendence, direction and control — from Article 14 of the Government of India Act of 1935. This key article, it needs to be pointed out, was specially designed to give the Secretary of State absolute powers to supervise, direct and control the functioning of the Governor General of India, who was authorized even to act “in his discretion” and “exercise his individual judgement”. In fact, a Constitution Bench of the Supreme Court held in 1978 that the power of the Commission in the superintendence, direction and control is unfettered and over-riding. Parliament, is no doubt, empowered under Article 327 to legislate on certain aspects of the elections, such as making provision with respect to election to legislatures. But the crucial point to remember here is this: all such legislation is subject to the absolute power accorded to the Election Commission to conduct a free and fair poll.

The Constitution Bench of the Supreme Court held in the Mohinder Singh Gill case in 1978 that “the Constitution contemplates a free and fair election and vests comprehensive responsibilities of superintendence, direction and control of the conduct of elections in the Election Commission. This responsibility may cover powers, duties, and functions of many sorts, administrative or other, depending on the circumstances.” It conceded that “when appropriate laws are made under Article 327 by Parliament as well as under Article 328 by the State legislatures, the Commission has to act in conformity with those laws and the other legal provisions made thereunder.” Nevertheless, it made it clear that both these articles “are subject to the provisions of the Constitution which include Article 324 and 329.” It added: “Since the conduct of all elections is vested under Article 324 (1) in the Election Commission, the framers of the Constitution took care leaving scope for exercise of residuary powers by the Commission in its own right, as a creature of the Constitution, in the infinite variety of situations that may emerge from time to time in such a large democracy as ours.”

Not only that. The Court further explained: “Every contingency could not be foreseen or anticipated with precision. That is why there is no hedging in Article 324. The Commission may be required to cope with some situation which may not be provided for in the enacted law and the rules. That seems to be the raision d’etre for the opening clause in Article 327 and 328 which leaves the exercise of powers under Article 324 operative and effective when it is “reasonably called for in a vacuous area.” The Court further held: “Once the appointment is made by the President, the Election Commission remains insulated from extraneous influences, and that cannot be achieved unless it has an amplitude of powers in the conduct of elections of course in accordance with the existing laws. But where these are absent… he must lawfully exercise his powers independently, in all matters relating to the conduct of elections, and see that the election process is completed properly, in a free and fair manner”.

The basic issue boils down to this: which is the apex body for the superintendence, direction and control of the elections: Parliament or the Election Commission? In the case of Kerala MLA, the Election Commission took the view that it had the necessary constitutional and statutory powers to go ahead with electronic voting under Article 324. But the Supreme Court has held that it was not open to the Commission to do so “at its own sweet will.” In support of its contention, the Court has argued that the powers of the Commission were “meant to supplement rather than supplant the law.” It has also stated that the Commission could not be given “unlimited and arbitrary powers” as this could have “disastrous consequences” which could “never have been contemplated by the Constitution makers.” But in taking this stand, the Supreme Court appears to have overlooked the ultimate check provided by the founding fathers against the Commission going berserk. Article 324 also provides that the Chief Election Commissioner can be removed by Parliament in a like manner and on like grounds as a judge of the Supreme Court.

But the Opposition and some constitutional experts hold a different view. Some even describe the judgement as “retrograde and preposterous”. (Criticism of a judgement is permitted so long as motives are not attributed.) Mr. L.K. Advani suggested that either the Government or the Election Commission should approach the Supreme Court for a review. This, he said, was necessary to restore independence of the Election Commission and to ensure free and fair elections. The suggestion deserves to be accepted since the Supreme Court has gone wrong in virtually reducing the power of the Election Commission from superintendence, direction and control of elections to mere superintendence. An issue of fundamental importance is involved. —INFA