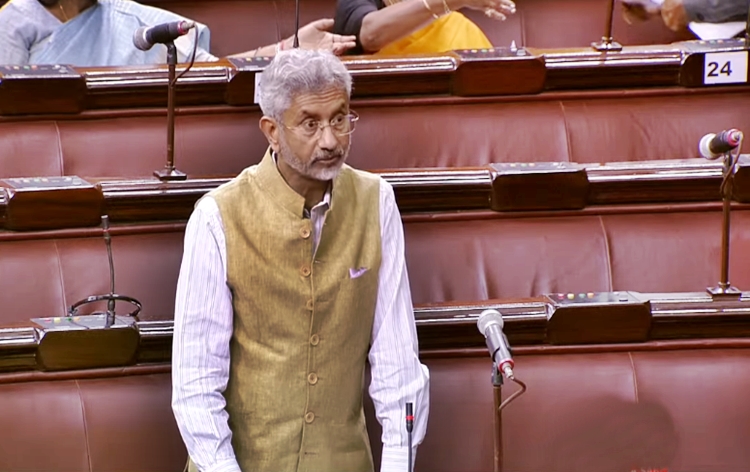 The Government has asserted that the supply of vaccines abroad under the Vaccine Maitri initiative is based on the assessment of adequate availability in the country. The assessment of adequate domestic availability of COVID-19 vaccine is continuously monitored by an empowered committee which is also overseeing the requirements of the vaccination programme. External Affairs Minister Dr. S Jaishankar yesterday made a statement on Vaccine Maitri in both the Houses of the Parliament.

Terming the initiative as a people centric diplomacy, Dr. Jaishankar said that Vaccine Maitri has made the world see not just the selfless outlook of India but also the quality of its products and capabilities. He added that though COVID-19 has been a test of fire for the entire world, the unique initiative of deep friendship under the able leadership of Prime Minister Narendra Modi raised India’s standing and generated international goodwill. The External Affairs Minister informed that Vaccine Maitri began in the immediate neighbourhood and the supply has been extended to other countries.

Dr. Jaishankar informed that the domestic producers of the vaccines have also entered into contracts with other nations either bilaterally or through the COVAX route. He added that till date Made in India vaccines have been supplied to 72 nations across the world. Referring to India’s humanitarian assistance and disaster responses in Yemen, Nepal, Mozambique and Fiji, Dr. Jaishankar said that in the last few years the country has developed a reputation of being the first and reliable responder in the region. The Minister also highlighted India’s bridging role in the Paris Agreement and the Prime Minister’s initiatives of International Solar Alliance and Coalition for Disaster Resilient Infrastructure.

Dr. Jaishankar asserted that embodying the values of Vasudhaiva Kutumbakam, India also came to the fore as Pharmacy of the World even when the pandemic was in full fury. He informed that the country supplied 150 nations with medicines, 82 of them as grants. The Minister also mentioned that the country’s generous approach has also been extended through the Vande Bharat Mission. India brought back over 45 lakh people including nationals of other countries in addition to Indians stranded in other countries.