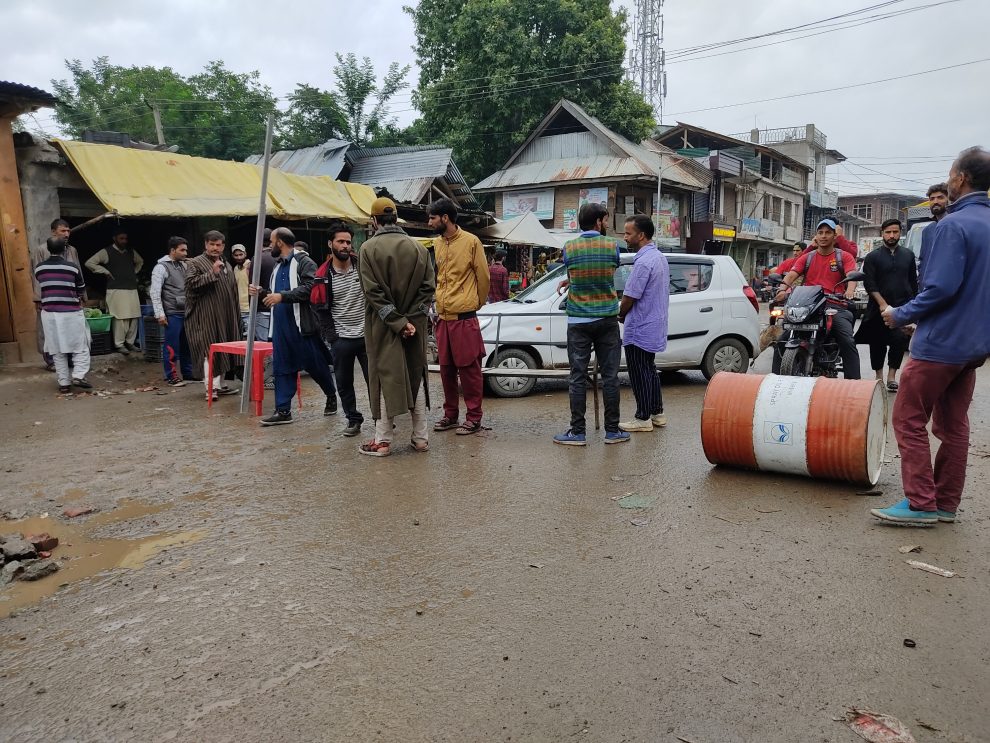 SHOPIAN: Scores of sumo drivers of several sumo stands Monday staged a strong protest against the Roads and Buildings Department over persisting dilapidated road conditions in this south Kashmir district.

Alleging the authorities of a lackadaisical approach, an agitated driver while talking to Kashmir Glory said that the road leading from Bijbehara to Chitragam has been in highly dilapidated condition since 2015. “It was in good condition in 2105, however after that it continues to lie in ruins, with the Roads and Buildings Department failing to renovate it”, he said.

The patients are suffering a lot because it is getting difficult for them to reach hospitals on time, he said, adding the authorities are doing little to renovate them despite time to time appraisals.

Another local alleged that despite the project being sanctioned in 2016 the inordinate delay in the completion of roads was puzzling. The tardy approach hints at the connivance of contractors with officials, he alleged.

Though the work on the first phase running over the distance of 12 kilometres from Bijbehara to Chitragam has been started few days back, but our demand is that the other two portions which are Chitragam -Hillow and Hillow-Shopian should be macadamised too on a priority basis, a group of protestors said. (GNS)

The science and the art of composting: Read about the composting process in a nutshell
Put tab on fake journalists to tackle unethical reporting: Journalists urge govt
Comment