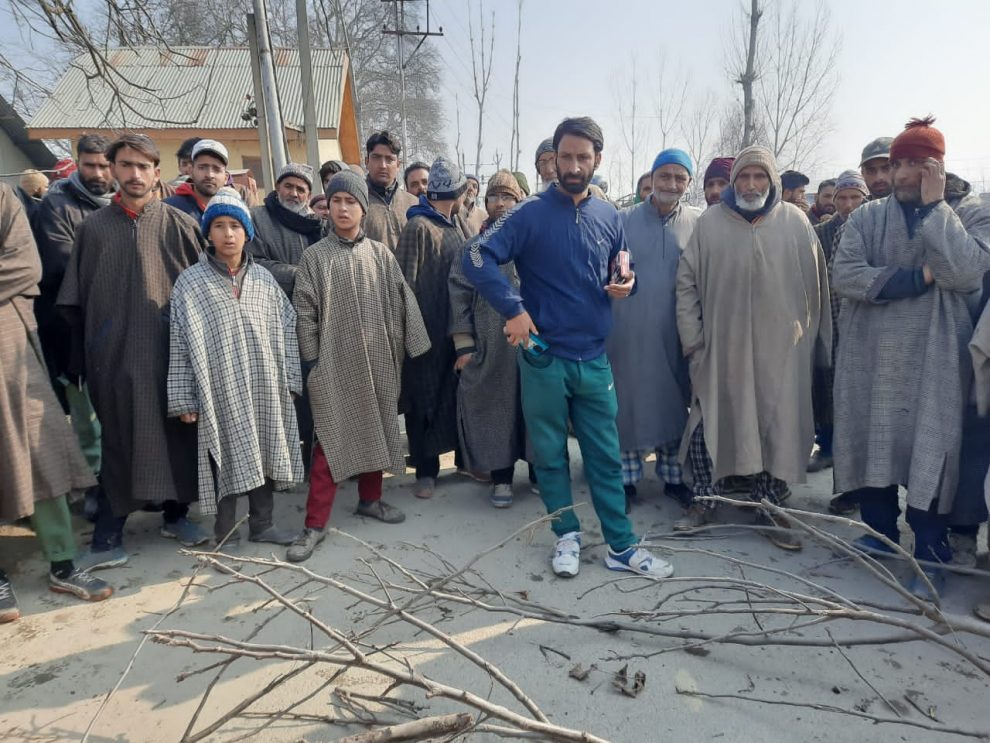 Bandipora, Jan 20: The residents of Asham, Sumbal are up in arms against the Power Development Department (PDD) for alleged failure to provide electricity as per schedule in their area.
Inhabitants of the village blocked the Hajin-Srinager road to lodge their protest against erratic power supply and against the unilateral increase in the tariffs. The protesters raised slogans in favour of their demands.
Tariq Ahmad Rather, a local resident, told GNS that the PDD resorts to unscheduled power cuts in the bone-chilling cold.
”We are continuously pleading before the higher-ups in this regard and seek the electricity as per schedule. Except for assures nothing concrete transpires on the ground as a result of which we face immense hardships especially in these harsh winter times,” he said.
The villagers threatened to lock the grid station and take to streets again if the “unnecessary” power cuts in their area continue.
When contacted Executive Engineered PDD Sub-Division Sumbal he told local news agency that there was a fault in HT line and “today we will restore it”.