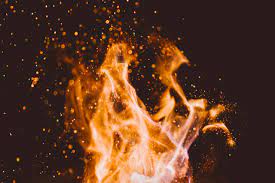 BARAMULLA: A shrine of a revered Sufi saint was gutted in a massive fire incident at Nowshera village of Uri Tehsil in north Kashmir’s Baramulla district on Saturday evening.

Officials told that the fire broke out at the shrine of Syed Sakhi (RA), located at Nowshera on Baramulla-Uri highway.

However, till the fire was brought under control, the shrine was completely damaged while the cause of fire is being ascertained. Meanwhile, emotional scenes were witnessed at the shrine as the people were seen wailing during the incident—(KNO)

No peace in Kashmir until govt holds dialogue with Pak, J&K people: Mehbooba
Properties to be attached for willful harbouring of militants only, Police clarifies
Comment