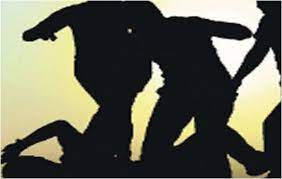 KUPWARA: An 18-year-old student was hospitalized in critical conditions after being grievously hurt by a group of boys in the Haihama area of frontier north Kashmir’s Kupwara district on Friday last.

Local sources told that a group of boys started arguing with a student while the latter was on their way home from school. The altercation went ugly as the opposite group dealt several blows to the student. In the incident, the student identified as Manzoor Ahmad Malik from Manigah Haihama, studying at Government Higher Secondary School Kupwara, suffered grievous injuries in his head and was removed to Sub-district Hospital Kupwara, sources said.

However on assessing his condition, the doctors at SDH Kupwara referred the injured student to SMHS Hospital Srinagar for preferential treatment, they said, adding his condition continues to remain critical as he is yet to regain his consciousness.

A police official told that a case vides FIR number 74/2022 under section 307 IPC has been registered against the accused. “We have already arrested three of the total five accused in this regard”, the official said, adding searches for the other two accused are going on and hopefully they too are nabbed very soon.(GNS)