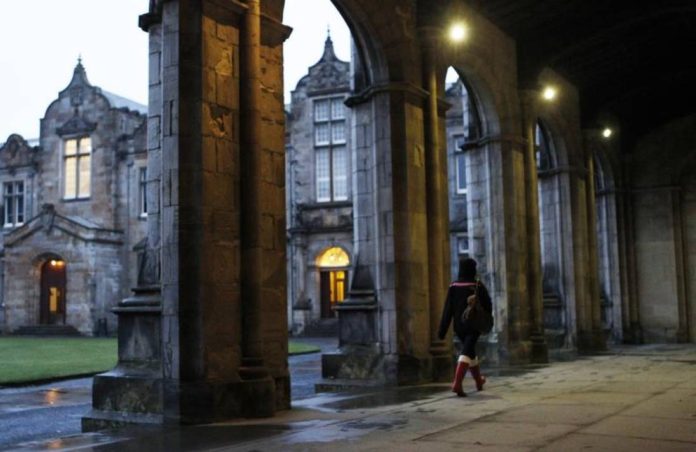 LONDON: More than 20 students have taken to social media to denounce their experiences of rape, sexual assault and harassment at a prestigious British university, fueling demands for tougher action to combat abuse on campus.

The women anonymously posted their stories of sexual violence, coercion and harassment while studying at the University of St Andrews in Scotland, whose alumni include Prince William and his wife Kate.

St Andrews pledged action including compulsory classes on consent and sexual assault and a system allowing students to report incidents anonymously to university staff shortly after the launch of the Instagram account.

Campaigners welcomed the response but said university authorities must be held more accountable over their handling of complaints of sexual abuse by students.

“This kind of scenario could happen in probably most, if not all, UK universities,” said Anna Bull, a lecturer at the University of Portsmouth and a founding member of The 1752 group lobbying against sexual harassment in higher education.

“It should not need students and survivors to speak out – and put themselves at risk by speaking out – to bring change.”

St Andrews said it would always act on formal reports of incidents, and was committed to working with students to promote a culture of responsibility and respect.

“A senior member of staff has been appointed to meet with student leaders… to discuss issues around culture and social responsibility, learn more about student concerns, and ensure they help inform positive action,” a spokesman said.

“Every case of sexual violence is one too many and universities are committed to becoming safer places to live, work and study,” a spokeswoman said.

The majority of posts on the “St Andrews Survivors” Instagram page detail alleged assaults or incidents while studying at the university, though some refer to events that happened elsewhere.

Organisers behind the account called for a raft of changes including more options to report incidents anonymously to the university, regular updates summarising the reports received, and awareness guides about sexual assault and rape for students.

Bull added that although there is an ombudsman for complaints in England and Wales, the process of going through both universities and the adjudicator takes too long and students have few other options of redress.

The Office of the Independent Adjudicator for Higher Education said its good practice framework offers complaints guidance for universities including on timeframes, and it deals with three quarters of referrals within six months of receipt.

Almost two thirds (62%) of students and graduates have experienced sexual violence at British universities, found a 2018 survey by campaign group Revolt Sexual Assault and website The Student Room, but only 6% reported it to the university.

Some two thirds of universities now offer courses on consent for students, a survey last year by Universities UK found.

But some institutions are bringing in measures only after a serious incident, said Lisa Hallgarten, Brook’s head of policy and public affairs.

“People need to have confidence that there are clear responses to incidents, that they are used consistently and they can trust those responses in order to make sure that people do report sexual assault,” she said.