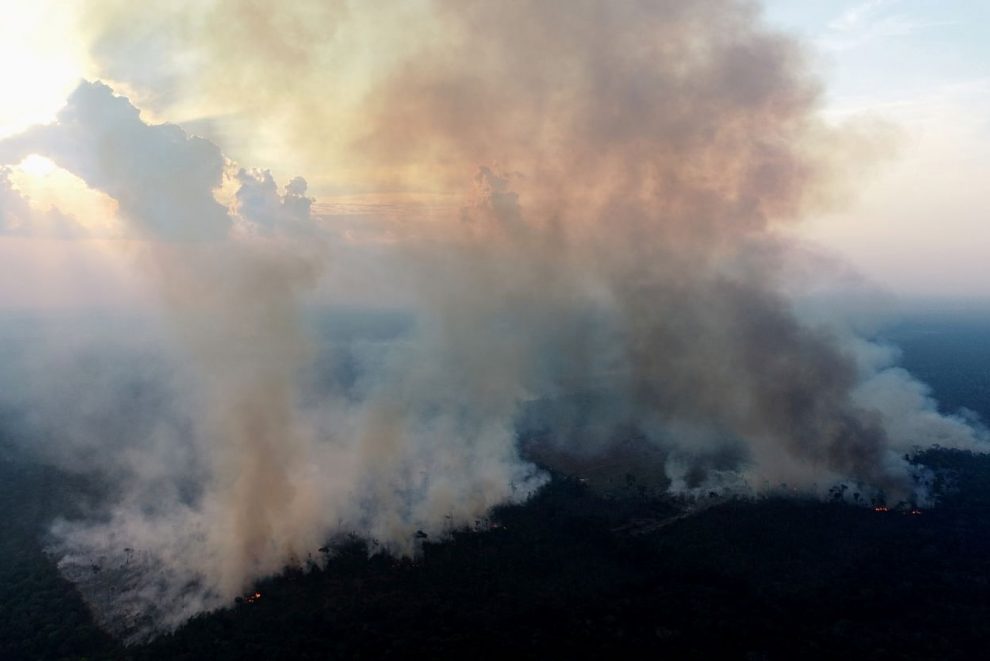 SAO PAULO: More than three-quarters of Brazilians think Amazon rainforest fires have hurt the country’s image – and that environmental protection should become a priority for the country, even at an economic cost, a new survey has found.

The study on climate change views, organized by Brazil’s Institute of Technology and Society and the U.S.-based Yale Program on Climate Change Communication, found younger Brazilians in particular see global warming as a major threat to their lives now, as well as in the future.

But such views are so far having little impact on Brazil’s politics or on elections, said Marcello Brito, co-facilitator of the Brazilian Climate, Forests and Agriculture Coalition, which promotes a low-carbon economy in the country.

For now, “short-term objectives have more weight than long-term ones” when it comes to voting, Brito said. Those include issues such as jobs and healthcare.

Losses of Brazil’s Amazon rainforest, a bulwark against climate change, have surged since the 2018 election of Brazil’s right-wing President Jair Bolsonaro, has called for development of the region.

But concerns about forest destruction are rising in Brazil, according to the telephone survey of 2,600 people, carried out across a range of regions and age groups last September and October and released this week.

More than 90% of those questioned said worsening fires in the Amazon were hurting Brazil’s quality of life and were a threat to the planet.

More than eight in 10 Brazilians said the fires had hurt the nation’s international image, and 78% thought they could hurt trade between the South American giant and other countries.

The perception survey, conducted by the Brazilian Institute of Public Opinion and Statistics (IBOPE), used questions comparable to those asked by the Yale University program in similar climate change surveys in the United States.

Of respondents who described themselves as left-leaning, 87% agreed Brazil should protect the environment even at the cost of slower economic growth and creation of fewer jobs.

But 84% of self-described centrists – and 68% of those on the right of the political spectrum – also agreed with that statement.

Level of education had a greater effect on views, with 82% of those with at least a high school education saying they were at least somewhat concerned about climate change, compared to 54% with only a primary school education.

Paulo Moutinho, a senior researcher at the Amazon Environmental Research Institute (IPAM), said that while Brazilians across the political spectrum expressed worries about deforestation in the survey, the reality was more complex.

“More than 80% of Brazilians favor the end of deforestation – but this answer changes a lot if you ask people how to get there,” he said, noting worries efforts to end deforestation could affect agriculture.

Suely Araújo, a senior specialist in public policy at the Brazilian Climate Observatory, said she did not anticipate the survey results having much influence on Brazil’s political leadership.

In fact, with recently strengthened congressional support, she said, she expected Bolsonaro’s government to push ahead with efforts to open protected indigenous land in the Amazon to gold mining.

Paulo Artaxo, an environmental physicist at the University of São Paulo and contributor to the Intergovernmental Panel on Climate Change, told the Thomson Reuters Foundation he similarly saw little sign the survey would shift Brazil’s politics.

“Whereas most of the Brazilian population favors measures to mitigate climate change and sees it as a threat to our society, we have a congress and a presidency that acts in opposition to that,” he said.

“We do not have a government that represents the Brazilian population,” he said.