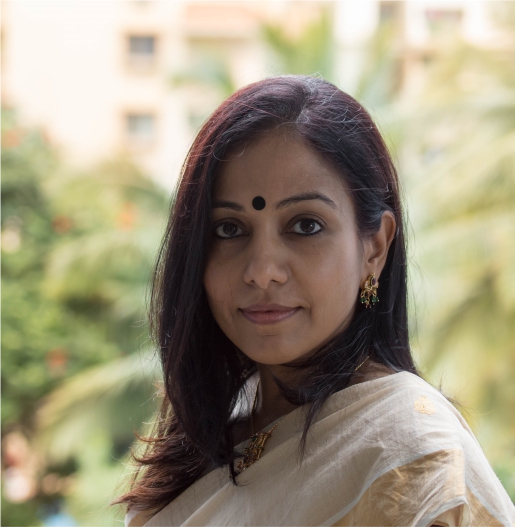 Settled on the sofa beside her mother, glued to the Travel Network episode on Europe, Simi tucked hungrily into the aviyal and rice her mother had made for dinner.

Karan and family had long left. Her mother had stuck some brownie dough in the oven and settled in front of the TV as if nothing had happened.

As if Simi’s world had not come crashing down around her!

She’d complained to her parents about the proposal, but to no avail. Her mother thought they were lucky to find someone they knew.

Her father had gone to his room to watch the second TV in the house.

The aroma of brownies baking in the oven and the sound of the TV had managed to calm Simi’s nerves.

‘How beautiful the styles of these buildings are,’ Gauri said, of the architectural splendour of Prague.

Her mother was fond of baking and watching shows about travelling. Usually, she managed to do both together. Which was, set up a few buns or a cake or brownies in the oven, and then flop in front of the TV to relish her armchair travel. The house almost always smelled of oranges or vanilla or cinnamon on most evenings.

It helped that they had two TVs; her father loved to watch sports on the one in the bedroom.

Gauri and Venkat kept out of each other’s way. So, when Gauri travelled vicariously, she had the rule of the living room kingdom. Meanwhile, Venkat enjoyed the privacy of his room.

‘Ma, what was that about Karan’s mother wanting to speak to me?’ Simi asked, as she wolfed down the aviyal-rice.

Gauri looked away from the TV for a second, gave Simi a disdainful look and lightly tapped her leg reproachfully. ‘Eat slowly.’

Simi finished eating, taking her time over the food, while her mother watched the show. She then washed her plate in the kitchen sink. After she had settled back on the couch, she poked her mother to demand her attention.

‘What? Wait . . . ’ her mother said, palm raised, eager not to miss the description of the wonderful castle pictures on the screen. ‘What a beauty!’

‘Ma!’ Simi prodded her mother again. ‘Why does Karan’s mother want to speak to me?’

‘Something about their wedding anniversary. I don’t know. Ask your father. He probably knows.’

Simi tsk-tsked. She just could not get her mother to tell her anything in the middle of the programme. But it sounded strange. Now, what would Karan’s mother want to speak to Simi about?

‘What’s the harm in calling her?’ Gauri said dismissing her again, in her usual calm and soothing voice. ‘She’s going to be your mother-in-law one day—’

‘Ma!’ Simi scowled in protest and pulled her knees up to her chest.

Gauri chucked Simi under the chin and smiled indulgently. ‘At least they’re a family we know. You don’t have to marry a stranger. I hardly knew your father!’

‘Hey, cry baby! Heard that you got stuck in the elevator.’ Ayush ambled back into the living room just then.

‘Hey, cry baby!’ she mimicked him. ‘What would you know about my tyrannized lungs in that old rickety elevator? I don’t know when that thing is going to die!’ She shuddered at the memory.

‘You should use the stairs next time.’ Ayush snickered with amusement, all six feet two inches of him looming in front of the couch in a couple of long strides. He was lanky, with scant hair on his face. The hair on his head was shaggy and unkempt. He claimed that it was the style mark of a studious, languishing-in-a-mountain-of-books type of engineering student, though all he really did all day was watch movies and play video games. His smile was beatific, just like her mother’s. To the world, he was a quiet, introverted boy, but with her, he was a real brat. ‘Glad to see you got out of the elevator in one piece, oily head!’ he said, teasing her.

She ran a hand over her soft, shampooed hair self-consciously, and glared at him.

Simi had stopped oiling her hair the day Karan had teased her about it, but Ayush still loved to call her ‘oily head’ since then.

Ayush ruffled Simi’s hair playfully, making her madder. Because he was so tall, Simi couldn’t do the same to his hair, but she gave him a fitting retort nevertheless. ‘Look at you, shaggy head!’

‘Anniversary celebrations!’ he said, his eyes glinting with mirth. He wiggled his eyebrows comically and sputtered with laughter.

For the first time since the ‘proposal’ incident, Simi felt mirth bubble up inside her too.

‘You think they’re going to do the second vows or something?’ He couldn’t contain his laughter now.

‘Second vows?’ Simi joined him, and they both held on to their stomachs and hollered with laughter.

Gauri paused the TV and glared at them. ‘Can you children let me watch this in peace? Simi, why are you laughing at them? You’re going to marry into that house.’

‘Haha . . . ’ Ayush mock-laughed and disappeared back into his room.

Simi decided to check on her father to see if he knew what Karan’s mother wanted with her!

Venkat was lounging on his favourite easy chair in the bedroom, his long limbs stretched in front of him. He was watching a Formula One race.

‘Papa!’ Simi came up behind him and threw her arms around his neck.

She came and stood in front of the TV, blocking his view.

‘First, tell me why I have to speak to Karan’s mother.’

‘Because she wants to speak to her daughter-in-law,’ her father rattled off, shooing her away from the front of the TV.

She scowled. ‘I’m not her daughter-in-law! But what’s it about?’

‘Must be something she wants to tell you,’ he said offhandedly.

‘That’s what I want to know!’ Simi said, literally in his face now. ‘What does she want to tell me?’

‘Okay, you can do whatever you want. But can you get away from the TV, please? I recorded this to watch it in peace.’

‘I don’t want to marry Karan.’

Her father paused the TV and looked at her. ‘Don’t want to marry Karan? Why?’

Because I don’t love him.

Because I don’t want to marry someone I don’t love.

‘When your mother met me for the first time, she didn’t want to marry me either.’ Her father chuckled. Simi went around and sat by his feet, and hugged his legs. She adored her father. He would make her run alongside him on his morning jogs when she was just two years old. At four, he threw her into the pool and asked her to swim. By six, she was taking singing lessons, and he wouldn’t let her go to bed until she had practised her songs every day. He made sure she enrolled in every debate, elocution and annual competition in school. She’d thrived under his love and guidance. He’d done the same for Ayush, but the opposite had happened. While Simi had grown into a happy teenager, Ayush had withdrawn into a shell.

Excerpted with permission from Strictly at Work, Sudha Nair, Penguin India. Read more about the book here and buy it here.

Join The Dispatch Whatsapp Group to stay updated
The Dispatch is present across a number of social media platforms. Subscribe to our YouTube channel for exciting videos; join us on Facebook, Intagram and Twitter for quick updates and discussions. We are also available on the Telegram. Follow us on Pinterest for thousands of pictures and graphics. We care to respond to text messages on WhatsApp at 8082480136 [No calls accepted]. To contribute an article or pitch a story idea, write to us at [email protected] |Click to know more about The Dispatch, our standards and policies
TagsContemporary Fiction Penguin India Strictly at Work Sudha Nair

The best books of 2021 so far: Fiction, non-fiction, translations and more
China’s quest for global domination: On China’s ambition to become the new Rome
Comment