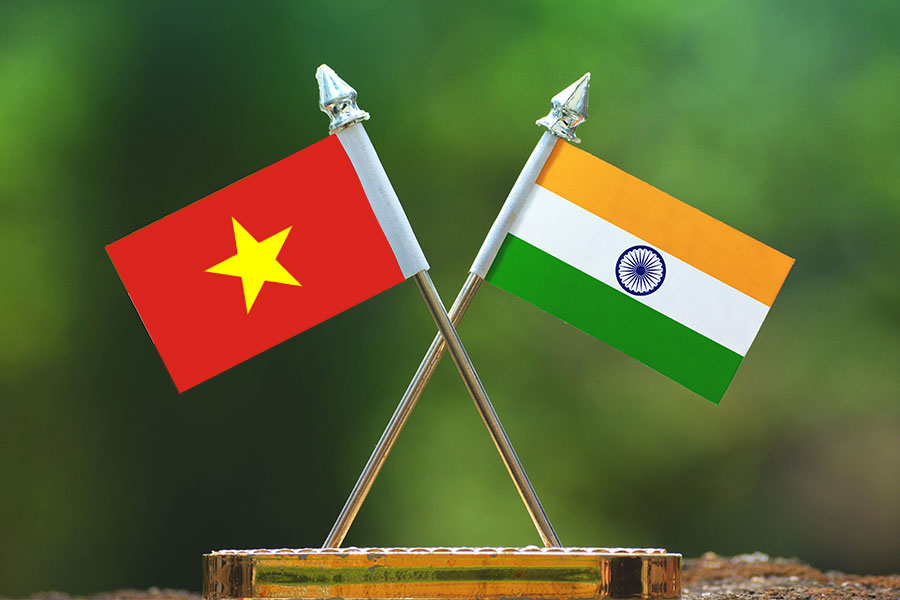 The Covid-19 pandemic has had a serious impact on international relations, especially the visits by foreign dignitaries to various countries, including India. Though various summits have been conducted virtually since March 2020, the enthusiasm that a physical visit creates is unmatchable. It was a nice gesture by President Putin of Russia to visit India for a few hours on 6 December 2021 and attend the 21st bilateral summit. This was Putin’s second visit outside Russia this year and it has set the stage for visits by other dignitaries. The next high-level dignitary to visit India is from our Comprehensive Strategic Partner, Vietnam. Mr Vuong Dinh Hue, the current Chairman of the Vietnam National Assembly, is visiting India on 15 December 2021. The visit will be up to 19 December 2021. As per the Vietnamese Constitution, the National Assembly is “the highest representative organ of the people, the highest organ of state power”.

Mr Vuong Dinh Hue was the Chairman of the 14th National Assembly of Vietnam, and was elected as Chairman of the 15th National Assembly on 20 July 2021.2 He is a Professor of Economics and has good knowledge of political and financial matters. The visit is being made at the invitation of Lok Sabha Speaker, Shri Om Birla and Speaker of the Rajya Sabha of India, Shri M. Venkaiah Naidu who is also our Vice President.

Importance of the Visit

The year 2021 marks the fifth anniversary of the Comprehensive Strategic Partnership between India and Vietnam, and in 2022 the two countries are going to celebrate 50 years of their diplomatic ties.4 The Comprehensive Strategic Partnership was signed between the two countries in 2016. Five Years have elapsed since then and both the countries have put across to the World Trade Organization and UN the case for promoting global south cooperation, mitigating effects of climate change, maritime security, renewable energy, promotion of culture and other aspects with regard to developing countries. The visit by Mr Vuong Dinh Hue would lay the foundation for further strengthening of the relations between the two countries.

Mr Vuong Dinh Hue is a seasoned and respected statesman who has undertaken numerous reforms in the National Assembly of Vietnam, and has ushered in flexibility and creativity in the organisation of National Assembly meetings.5 It is hoped that he would extend cooperation and build upon the Vision 2020 that was set by the Prime Ministers of both the countries in December 2020. It would be pertinent to look at the issues mentioned in the Vision Document.

Need to Build Upon Joint Vision for Peace, Prosperity and People—2020

Prime Minister Narendra Modi and Prime Minister Nguyen Xuan Phuc of Vietnam co-chaired a virtual summit on 21 December 2020, in which they formulated a Joint Vision for Peace, Prosperity and People to guide the future development of India–Vietnam Comprehensive Strategic Partnership. The main aspects are enumerated below:

Peace: This would be achieved through institutional exchanges and mutual strategic trust. Noting the importance of ASEAN, fostering practical relations between ASEAN and India would result in peaceful conditions in the region. There is also a need to combat terrorism in all its forms and manifestations. Both countries need to step up joint efforts in building a strong consensus for early adoption of Comprehensive Convention on International Terrorism (CCIT).

Prosperity: Considering the Covid-19 pandemic, the two countries need to work towards developing reliable and efficient supply chains. In view of the economic strength of both the countries, there is a need for enhancing investments, promoting joint ventures, engaging in new global value chains, enhancing physical and digital connectivity, encouraging e-commerce, facilitating business travels and upgrading regional trading architecture. Prosperity would come by also strengthening partnership in the oil and gas sector, climate change and Sustainable Development Goals. In addition to this, India would be expanding Mekong-Ganga Quick Impact Projects, ITEC (Indian Technical and Economic Cooperation) and e-ITEC programmes in diverse sectors.

People: People of both the countries have an affinity for each other which must be exploited for greater people-to-people exchanges by simplifying visa procedures and facilitating tourism. Cultural exchanges should be strengthened by Parliamentary exchanges and relations between Indian States and Vietnamese provinces.

Viewing the Joint Vision Statement, a Plan of Action for 2021–2023 was signed by the Foreign Ministers of both countries. A year has elapsed since then, hence the delegation of the Chairman of National Assembly would have the opportunity to discuss the issues pertaining to the Plan which need attention or course correction, during the upcoming visit.

A few other pertinent issues that could be discussed, are listed below:

The delegation is likely to discuss aspects concerning these issues with the Indian authorities during the upcoming visit.

China and Other Issues

Mr Vuong Dinh Hue, Chairman of the National Assembly, is a mature politician and a member of the Politburo of the Vietnamese Communist Party. He would certainly discuss the issues pertaining to the assertiveness of China. India’s bone of contention with China ranges from the Himalayas to the Indian Ocean. Both Vietnam and India share territorial borders with China.8 Vietnam is always careful in its strategic relationship with China. The islands in the South China Sea remain a contentious area where China has been sporadically active. The moot point is whether the Indian Navy should play a more active role in the region. It has conducted Exercise Passex which has improved its interoperability with the Vietnam Navy. In an article in Strategic Analysis, Le Dinh Tinh assesses Vietnam as a middle power,9 which could offer port facilities to Indian Navy at the port of Cam Ranh which has excellent facilities.

Similarly, India could offer the BrahMos Supersonic Cruise missile and the Akash Ground to Air Missile for improving Vietnam’s operational effectiveness. These issues need constant dialogue and are likely to be discussed by the delegation.

Apart from these areas, the delegation could also discuss about improving Vietnam’s Information Technology (IT) capabilities. It is hoped that India would make all possible efforts to assist Vietnam, its Comprehensive Strategic Partner, and make this visit a success.

The article first appeared on the website of Manohar Parrikar IDSA and views expressed are of the author.

The author is a Senior Fellow (Veterans) at the Centre for Land Warfare Studies (CLAWS), New Delhi.