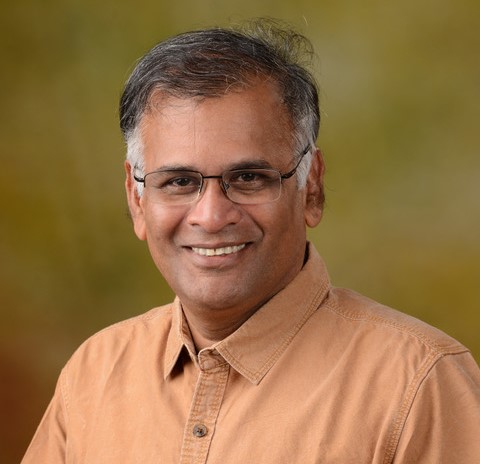 Editor’s Note: The following excerpt has been taken from the Translator’s Note from the book.

I was introduced to Aram (Stories of the True) in early 2013. I remember reading the book in a frenzy, as if the ‘heightened state’ in which Jeyamohan had written the book had somehow transmitted itself to me. Story after story moved me deeply. ‘Penance of the Goddess’, in particular, hit so close to home, reminding me of my own grandparents’ relationship, that I was troubled by it for days. But beyond the immediate emotional response that the book evoked, what captivated me was the author’s intimate understanding of human nature and the detail with which he brought to life the inner world of human beings.

Aram was my gateway to Jeyamohan’s works. As I read more and more of his writing, I found myself recommending his works to those around me. If the literary reader is a minority in our societies, the bilingual literary reader is a rare species. Readers from Indian languages take to reading English works, but those who begin with English literature rarely make the journey in the other direction. Why couldn’t I share the stories I loved with those around me who could not read Tamil? It was a frustrating and annoying barrier.

It was through one of Jeyamohan’s essays that I learned of the eminent Kannada writer, Vivek Shanbhag. I read Vengai Savaari, a translation of Shanbhag’s short story collection, Huli Savaari, rendered in Tamil by a motley crew, including Jeyamohan. I absolutely loved it. So when Ghachar Ghochar came out, I got an eager pair of hands on the book and devoured it in one night. I read the book twice, once for the story and once for the translation and was blown away by both. That triggered my pre-existing angst about Jeyamohan’s works not being available in English. How is it that a master writer’s work had not crossed linguistic boundaries? How could it have been ignored for so long? Though I began to translate the first story on a whim, really, I see now that it was a culmination of both a desire to share and an act of protest.

I started on the journey with no definite goal in mind other than that these stories must reach a wider audience. I did not think to question if I should be the one to do it. I did not leaf through the book to study the challenges it might pose. Looking back, I think it is this ‘beginner’s mind’ that sheltered me as I navigated these dialogue-heavy narratives, the complexities of reported speech in dialogues and the poetry thrown in for good measure.

Jeyamohan’s prolificacy is as evident in each individual work of his as it is in his vast and staggering body of work. He is a writer who sees an epic in a novel, and a novel in a short story. Some stories in this collection are nearly as long as novellas and were published as standalone books too (in Tamil and Malayalam). As a translator, I needed to make the language journey through the various changes of pace within the length of these stories – the leaps of imagination, the stillness of introspection, the vigour of dramatic moments and so on – seamlessly. The profusion and precision of detail in these stories, of both the external and the internal world, sent me down many rabbit holes. However, both the form and the detail in the work are held together by an artistic unity, something that the translation also needed to do, notwithstanding the inevitable addition of context in the necessary places.

The more I translated the more I was drawn into the text, and whole new dimensions opened up to me. As one would expect, the protagonists in the stories respond to the challenges they are faced with in different ways. But it was interesting to see how the aesthetic essence (rasa) shifted from one story to another along with the nature of the character’s response. Poomedai’s calling as an eccentric activist imbues the story with humour (hasyam). The searing response of Aachi in ‘Aram – The Song of Righteousness’ infuses the story with expressive anger (raudram). There’s wonder (adbhuta) while beholding the idea of One World. Preserving this changing aesthetic – achieved through both dialogue and atmosphere – in translation was at once a demanding and thrilling exercise.

At the end of the exercise, though, I still had to deal with the elephant in the room. The single word title of the book in Tamil: Aram. A complex and, I’d dare say, untranslatable word. Aram is also the name of the first book of the three-part classical Tamil masterpiece Thirukkural, perhaps the most widely translated ancient Tamil text. In the English translations of the Thirukkural, ‘aram’ has commonly been termed ‘virtue’ or ‘ethics’. While ethics probably comes closest in meaning, aram seems to me a far more capacious word than ethics.

I toyed with dharma, the Sanskrit word which is a near-perfect equivalent of the word aram. It finds a place in the English dictionary. It is a word most readers will be familiar with. What’s more, dharmam is a word used in Tamil too, as you will see in the stories. But in general, I’d resisted substituting Tamil words with Hindi or Sanskrit equivalents, even if they may be more common or better understood (such as dhoti for vaetti, paan for betel wrap and so on). It wasn’t just the stubbornness of someone from the south of the peninsula, but I felt it takes away from the ‘place’ of the stories to be using terms from a different part of the country.

So I let myself be guided by the stories. What are the dimensions of aram that the narratives speak of? Undeniably, there are evocations of podhu-aram or sadharana dharma, a relatively universal code of ethics that is a requisite to live in harmony with another human being, with society and with nature. These stories encompass a range of such ethical codes. Poomedai (‘Nutcase’), for instance, embodies truth; Kethel Sahib (‘The Meal Tally’), compassion; Garry Davis (‘One World’), non-violence. However, these stories are not simple expositions of virtue. Reaching far beyond the understanding of ethics as dichromatic, immutable codes of conduct, the narratives delve into deeper and more complex internal dilemmas.

It is in this quest that the stories move from podhu-aram, a collective dharma, to thannaram or swadharma, the dharma of an individual. Thannaram varies from person to person for it is a journey of self-discovery – a journey to realize that which you are. Through these stories, we meet Dr K, the elephant doctor, who seems to echo Seneca’s view that the wages of a good deed is to have done it. We meet Howard Somervell who chooses to give up a comfortable life in England for a life of service in India. We meet a professor who so embodies the dharma of a teacher, it plunges him in eternal grief. These personalities have already reached the other shore, so to say, of swadharma when we meet them. What we witness in the stories, therefore, is their steadfast adherence to ‘their truth’.

Interweaving these stories are characters who are still on this journey of self-discovery. The boy who grapples with his adoptive faith with unyielding honesty, even though he hero-worships the man who converted him. The writer who contemplates his role as an artist in a seemingly dark world. The bureaucrat who struggles to find a way to do right by his tribal mother and many more. These ‘moments of truth’ also stand illuminated within the frame of these stories.

Thus, the stories hold in tension a truth realized, and a truth to be discovered. And so, Aram became Stories of the True. Dharma is nothing but the truth. ‘Yo vai sah dharmah satyam vai tat.’ That is what the Upanishads say too.

‘You’re translating Aram?’ I’ve had this question thrown at me quite a few times these past few years. The question, though, would come with different intonations – one with an incredulous lilt, as if to say how can the writing, so steeped in regional dialects and references, work in translation; another with a mild disapproval of my choice, as if to say why Aram, when there are greater works of Jeyamohan’s out there. Both are valid reactions of discerning readers and so these questions cannot be dismissed with a shrug.

Jeyamohan is a culturally rooted writer, a quality that adds great heft to his writing. Dialect is an integral part of the stories in Aram, no doubt; the change of caste and place, for instance, is instantly understood in the original through a change of dialect. So there is bound to be some loss in translation, more so in a book that’s dialogue-driven. However, I feel the drama and the essence of the stories are strong enough to withstand this loss. Then again, when I think of the many great writers I wouldn’t have read other than for translations, I often feel grateful for what is gained in translation rather than worrying too much about what is lost.

The reason I chose to translate this work is also the reason I am greatly drawn to Jeyamohan’s writing. His writing is filled with an elevating positivity. No matter how dark the subject might be, his works evince a deep faith in humanity. It is not merely a disposition but a fundamental spiritual realization emanating from the author’s personal journey. While Aram is far more direct, far more simple, as compared to other critically acclaimed works of the author, it epitomizes this cornerstone of his writing.

In Tamil, the book drew many readers on the fringes into literature. Eleven years after its publication, I still see at least one new reader writing about these stories to Jeyamohan every other week. I fervently hope that I have captured at least some of its magic in this translation. At the risk of invoking a cliché, translating Aram has been a labour of love and I hope you enjoy reading it.

Excerpted with permission from Stories of the True, Jeyamohan, translated from the Tamil by Priyamvada, Juggernaut Books. Read more about the book and buy it here.