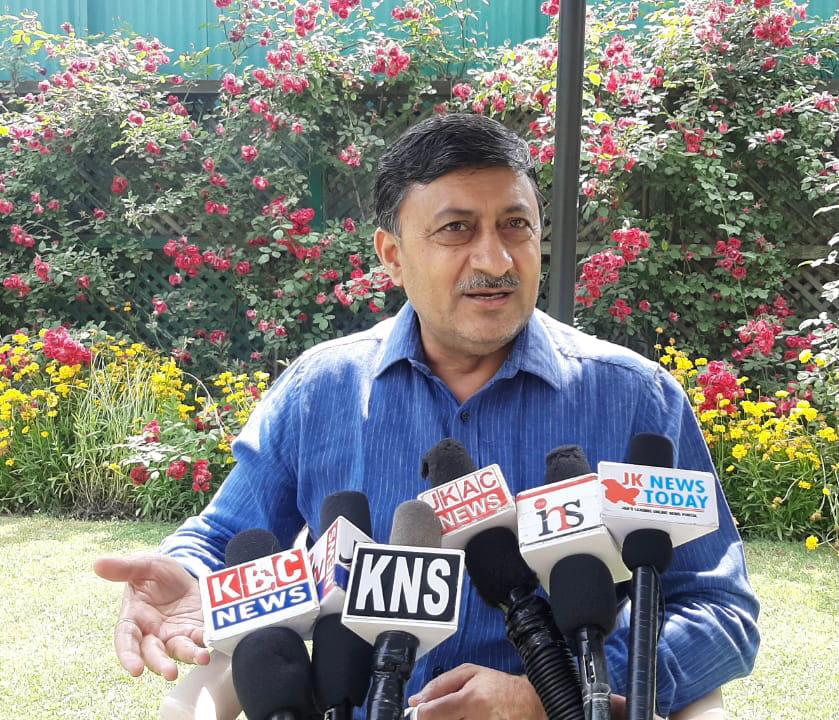 SRINAGAR: Bhartiya Janta Party general secretary and former MLC Vibodh Gupta questioned the dormancy of PAGD leaders during the one in century pandemic while addressing a press conference in the valley.

”When Bhartiya Janta Party workers in the valley are doing several relief works, Gupkar leaders remained dormant from public service during ‘one in a century’ pandemic and met after six months only for political gains. People of the valley will never forget and forgive the misconduct and absence of these leaders during the challenging times”, he said.

Vibodh told that he is saddened by the ‘zero contribution’ of PAGD during Covid19 but not surprised. We have repeatedly asserted it as an alliance of opportunist leaders and the same is palpable by their conduct, he added. Vibodh further said that separatism and stone-pelting have completely been wiped out from the valley which has brought peace to the people. He maintained that peace, development and progress in the Union territory of J&K is the government’s top priority.