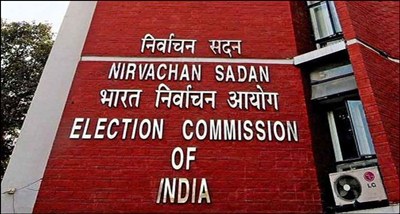 The Election Commission of India, ECI has said that   State and Union Territory  governments will need its prior approval ,if any disciplinary action is initiated against the Chief Electoral Officers and other officers up to Joint Chief Electoral Officer during their tenure and also up to one year from the expiry of the last election conducted by them.

The Commission said, ironically, in most such instances the concerned officers had discharged their duties in an impartial manner in order to ensure free, fair, robust and ethical elections. After a comprehensive review of this issue and keeping in view such specific instances, the Commission has addressed a communication to all concerned. The ECI has also directed that the State and Union Territory governments will not reduce facilities such as vehicle, security and other facilities and amenities provided to the office of the Chief Electoral Officer for proper discharge of duties.