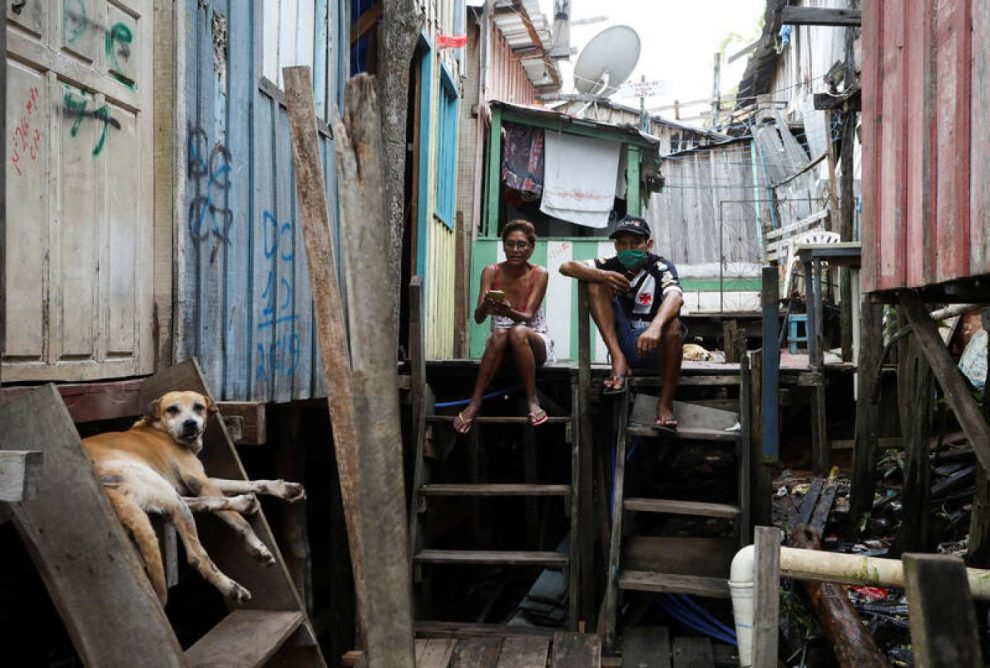 RIO DE JANEIRO: Coronavirus is spreading and deaths are mounting – but what most worries the leaders of Brazil’s isolated and vulnerable communities is how on earth to feed people now government has pulled their main emergency aid.

Ivone Rocha is co-founder of Semeando Amor, a non-profit that distributes basic staples to some of the very poorest people in Rio das Pedras, one of Rio de Janeiro’s many favelas.

For most of last year, they had received a decent government stipend to survive the pandemic, but that all ended with 2020, unleashing a frenzy of favela requests for food.

“People here have no jobs,” Rocha told Thomson Reuters Foundation by phone. “Now the aid has ended. My God, what will happen?”

It was April when Congress first passed a bill that established the monthly R$600 ($112) stipend – a little over half the country’s minimum wage – pledging to tide people over the pandemic for three months.

By July, almost half of the 210 million people who call Brazil home lived with someone getting the aid, government data shows.

Even before COVID-19, some Brazilians were in a dire state, with some 13 million living in extreme poverty and a full quarter of the population classified as below the World Bank’s poverty line, according to government data.

Initially opposed, President Jair Bolsonaro embraced the program and renewed it through the rest of 2020, while slashing the total in half due to what he called budgetary constraints.

This in a nation where the fast-mutating virus has already killed about 212,000 people, data shows, a national death toll surpassed only by the United States.

The end of the aid program will disproportionately hit the poor north and northeast of the country, according to a study by Tendencias Consultoria, an economy consultancy.

Those in favelas in indigenous communities and in “quilombos” – settlements set up by runaway slaves where Black Brazilians live by old traditions – may suffer still more, campaigners said.

Many isolated in 2020, going to cities only to pick up the emergency aid they used to get food and other essentials.

Without the money, some will be forced to surface from isolation, said Milene Maia, an advisor for Instituto Socioambiental, a non-profit that helps indigenous and quilombola communities.

“What they told us is that they either starve to death or die of Covid,” she said.

For Andreia Nazareno dos Santos, a leader at Quilombo Grossos, in the northeastern state of Rio Grande do Norte, the next few months will be decisive: if rain doesn’t fall, crops won’t grow, leaving many of their 150 families without food.

When a bad rainy season hits, people at Quilombo Grossos used to survive by selling crafts, or taking up odd jobs in town. Both options now carry the risk of infection.

“If it doesn’t rain we don’t know what to do,” said dos Santos. “How will these families feed themselves without the emergency aid?”

In the northeastern state of Bahia, most of the 38 families in the indigenous reserve of Comexatiba got the stipend, said Rodrigo Mandi Pataxo, an indigenous teacher, and just took a monthly trip out to pick up their aid and buy essentials.

Now they might have to venture to town to sell their crops.

“Soon we won’t know what the community’s food security will look like,” he said.

The most isolated communities may not have even know the stipend has ended so will go to town for nothing, said Antonio Eduardo Cerqueira de Oliveira, executive secretary of the Missionary Council for Indigenous Peoples.

“They won’t have (money) to return. That will expose them even more to coronavirus,” said de Oliveira.